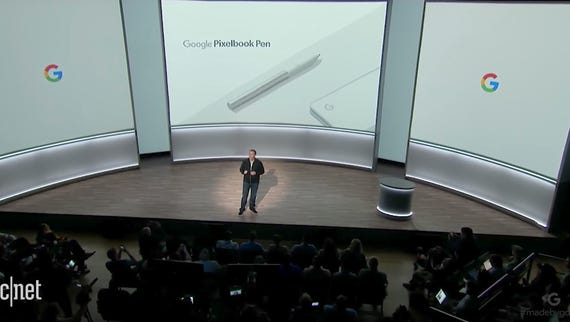 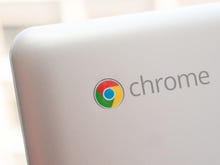 Want the best of all Chromebooks? Then get Google's Pixelbook.

Now, I've liked Chromebooks since the experimental Cr-48 rolled out in late 2010. And, when Google released its first high-end Chromebook, 2013's Pixel, I was sold. I slowly but surely put away my Linux-powered Lenovo ThinkPads and started replacing them with Google's high-end Chromebooks. Why? Because they're better than any other laptop out there.

Yes, you need the internet to get the most from a Chromebook, but tell me, when was the last time you did any serious work with macOS or Windows without an internet connection? That's right. Sometime in the 2000s. Sure, if you're doing video editing, you need a powerful PC. But for most of us, our work lives and dies with the internet.

Besides, as my tech buddy Mike Elgan points out, today's high-end Chromebooks "run more apps without dual- or multi-booting than any other computing platform. Chromebooks can run apps from Android, Linux, and Windows concurrently in the same session."

He's not making that up. I've done it myself.

Newer Chromebooks have long been able to run Android apps. With the help of CodeWeaver's CrossOver you can run Windows programs on a Chromebook. If that doesn't suit you, you can also now run Office 365 natively on some Chromebooks. And, last but not least, Google is bringing Debian Linux natively to Chromebooks with Project Crostini. The last isn't surprising since Chrome OS is a Linux distribution.

Still, some people might say, "OK, fine, for an individual or a small business, but our IT department runs on Active Directory (AD), we can't use Chromebooks!" Ah, why not?

Google recently introduced Chrome Enterprise, an enterprise-focused version of Chrome OS. With it, for $50 a device per year, your IT crew gets access to Managed Google Play via an approved Enterprise Mobility Manager EMM and AD integration.

Oh, and did I mention you can also use Chromebooks with Citrix, with Citrix Receiver for Chrome on the Chromebook, which links to XenApp and XenDesktop? Or, if you're a VMware shopper, VMware's equivalent offerings are Horizon Client for Chrome OS and Horizon 7.

The top-of-the-line Pixelbook is powered by a 1.3GHz quad-core Intel Core i7-7Y75 processor. This is a high-end Kaby Lake CPU, which is designed for fanless, super-thin laptops.

Well, I call it a laptop and I use it that way 90 percent of the time, but it's actually a tablet and mini-TV as well. The sturdy hinges easily rotate so the screen sits flat on the Pixelbook's body so I can use it as a tablet or to watch Lost in Space on Netflix. The hinge cutouts are where the speakers live, so even when you're not using the Pixelbook in laptop mode, the sound's still good.

The maxed out Pixelbook also comes with a 512GB SSD. You also get, for buying it, a terabyte of Google cloud storage for a year. You won't be running out of storage room anytime soon with this laptop.

It also has 16GBs of RAM. I've had up to 257 tabs open at once and I still have memory to spare. Even if I did go over, with all that SSD for memory swap, I'm still going to be running fast.

How fast? I ran Principled Technologies' Chromebook specific CrXPRT benchmark. Principled Technologies, a descendant of Ziff-Davis Benchmark Operations, is one of the best private benchmarking companies on the planet. The Pixelbook came in with a score of 226. To put that into context, that's the fastest results ever on this benchmark and it's more than twice as fast as most of the tested systems.

For graphics, the Pixelbook uses the Intel HD Graphics 615 chipset. This backs up a 12.3-inch 2400x1600 Quad HD LCD touch display. It's, in a word, beautiful. The display also has enough nits -- the unit of visible-light intensity and not the parasites your five-year-old brought in from kindergarten -- to make it usable even while sitting outside in broad daylight. With its Corning Gorilla Glass screen, the Pixelbook can also handle your kid bouncing its optional stylus off the display.

This metal and glass laptop is also attractive in its own right, while feeling like it can take a licking and keep on ticking. The keys manage to feel soft but with enough tactile feedback to make it a pleasure to use. The glass trackpad is as good as any on a top-of-the-line MacBook.

The Pixelbook has excellent, but not quite great, battery life. In my benchmarks and use I get about nine hours of life out of it. Now's that really, really good, but I've gotten more out of other Chromebooks. On the other hand, with its USB-C charger, I can add two more hours of charge in 15 minutes while dashing from one plane to another. Now, that's great.

Like earlier members of Google's Chromebook family, the Pixelbook does exceptionally well with Wi-Fi. I've taken it to conferences where everyone around me was cursing because they couldn't get a connection and I was zipping along without a care. It supports all the usual Wi-Fi standards, up to and including 802.11ac.

With only a 720p 60 frames-per-second camera, you won't be taking photos with it in tablet mode. On the other hand, it has four noise-cancelling microphones. This makes it perfect for video conferencing.

So, who should buy this? Anyone who wants or needs a no-holds-barred, great laptop. I know several top Linux developers and CEOs who use Pixelbooks. They can have any computer they want, and they've chosen the Pixelbook.

Me? I paid my own money at full price for it and I'm glad I did. It's not only the best Chromebook I've ever used, it's the best laptop I've ever used.

Join Discussion for: ​The Killer Chromebook: Google's i7 Pixelbook