The minds that built AI and the writer who adored them

Pamela McCorduck produced a groundbreaking history of artificial intelligence forty-one years ago. Fortunately for the world, she's returned with another volume, one that emphasizes the humanity that creates AI in all its idiosyncrasies.
Written by Tiernan Ray on Nov. 27, 2019 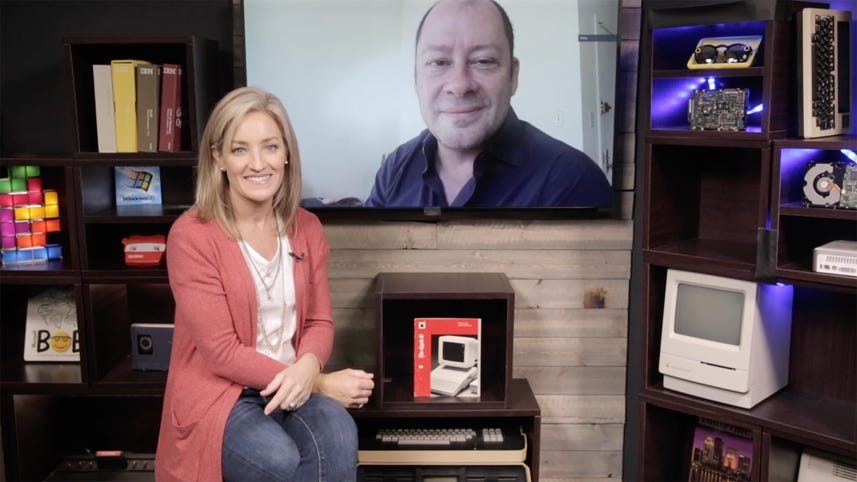 Forty-one years ago, Pamela McCorduck wrote a history of the still-young field of artificial intelligence. It was incredibly ambitious, and the result was a superb work of scholarship. She updated that book, Machines Who Think, twenty-five years later, and declared then that she wouldn't write another volume on the subject.

Fortunately for all of us, she went back on that vow. "A history exists of all this, a human story about the invention of artificial intelligence by a handful of brilliant scientists," she writes in This Could Be Important, which went on sale last month (Carnegie Mellon Press).

This Could Be Important is marvelous, and very different from that earlier volume. Machines was an epic history stretching back to the dawn of humanity's quest to understand, and to in some sense create, intelligence. If you read Machines and committed just the highlights to memory, you would be very, very well informed about a great many things.

In contrast, This Could Be Important needs to be inhaled rather than studied. "This is very much a personal story," she said in a phone interview with ZDNet. McCorduck has decided not to simply produce an update of the history of the field. Instead, she goes deeper, reflecting back on its evolution over sixty years, from the point of view of first-hand encounters with the founding fathers of AI -- the apostles, as she calls them, including John McCarthy, Allen Newell, Herb Simon, Ed Feigenbaum, Marvin Minsky, and Raj Reddy.

Why go back to all that? Because AI is a human story, she reminds us. Every science is shaped in part by the idiosyncrasies of its practitioners, and that's certainly true of the science of artificial intelligence. Whatever AI is now and will be in future, it is a product of people who make things.

The scientist Rodney Brooks once said that AI was "best characterized as the things that highly educated male scientists found challenging," a point on which McCorduck agrees. But it's not a negative in her book. She knew those scientists, and clearly adored them.

"For me it's always been a spectator sport," McCorduck told ZDNet, but it was deeper than that. The book is alive with a great affection for the brilliant minds of AI.

And what insights are here! One sees the intellects of Herb Simon and Allen Newell informing their early goals for AI. Simon and Newell created the first app for AI, the Logic Theorist. Their promises for so-called symbolic AI didn't pan out, perhaps because their brilliant minds were prone to setting overly ambitious goals.

Simon could read research papers in twenty languages and could read for pleasure in half a dozen, she reminds us. "He was sharply competitive, with a perplexing belief that, for winning to count, he must come from behind."

Newell was similarly audacious. "He was a composer and conductor of the symphony of a profound mind, leading you along new paths, beguiling you with the sheer audacity of his ideas."

Of John McCarthy, who coined the term artificial intelligence, she recalls his intensity, as when he thrust a petition against the Vietnam War at McCorduck and demanded she sign it. "McCarthy waited, giving off a silent, indisputable righteousness. I signed."

"To be with McCarthy for a few moments was to be awed, even made uneasy, by his intensity," she writes.

Things have changed a lot in the public's conception of AI in the forty years since Machines. Back then, McCorduck had trouble getting colleagues in the humanities to take seriously her affection for the nerds.

"[T]he strangest part of this sixty-year story is that for decades, I couldn't make otherwise intelligent and well-educated people believe that this could be important," she writes.

"Most of my life, it was a fringe science," McCorduck told ZDNet. "I'm amazed it has come to the public prominence it has now."

The apathy she received from others in the seventies has been replaced these days by a great deal of fear, fear of what AI may do to society, to jobs, to privacy.

"The first thing I was eager to do was to make plain that these people who were doing this were not monsters who were going to take over the world," McCorduck told ZDNet.

There's an optimism throughout This Could Be Important. John McCarthy had it, she writes, "a wonderful, intelligent optimism," a belief that something as mysterious as intelligence could be achieved in a machine. "He's completely at home with technology and wonders at the prejudice so many people have against it," McCorduck recalls writing in her notebook back then.

That optimism is McCorduck's as well. "You know, this is really amazing, the great, collective 'We' have produced intelligence in ways that we would never have dreamed possible," she said by phone. "This is momentous."

To McCorduck, AI will be a net positive as humans navigate their increasingly complex world. "We need help in every way, this is not a perfect world by any means," she told ZDNet, echoing the thoughts of futurist Tim O'Reilly. "We need all the help we can get."

To those worried about jobs, she takes the view "lots of professions have been replaced" by technology over hundreds of years. "It happened with clerks in the 19th century, they went away, this will happen again and again," she told ZDNet.

To those who doubt AI is actually "intelligent," McCorduck rolls her eyes. Over the years, the goalposts for intelligence keep changing. "Though much sound and fury has swirled around whether machines really think (the way humans do) or are only faking it, that tired dispute bores me," she writes.

In fact, she's convinced by AI's progress over the decades that "the time that a computer exhibits a grand suite of complete human cognition behaviors may be approaching," she writes.

Indeed, an aspect that will make This Could Be Important either thrilling or terrifying, or preposterous, depending on the reader, is that McCorduck believes we are already in the thick of AI. It's not some future development to her. "The next years will see profound changes," she writes. "In short, AI already surrounds us. Is us."

She is far from blasé, however. "If I take the very long view, I think we are going to have to re-write the social contract to put more emphasis on the primacy of human beings and their interests," McCorduck told ZDNet. "The last forty or more years, one's worth has been described in terms of net worth, exactly how much money you have or assets," a state of affairs that is "looking pretty awful," she said. "There are other ways of measuring human worth."

McCorduck has deliberately not pursued the kind of exhaustive survey of the technology of AI in this volume that she carried out in Machines. In part that's because an entire corpus of journals and books has arisen to fill the void in the forty-one years since the last book. In part it's because the deep learning approach that dominates AI these days doesn't delight her the way the approaches of McCarthy and the others did.

"My point of view is very much a symbolic intelligence point of view," she told ZDNet, "I find it more interesting than the statistical stuff." A pity, though, one thinks, that she didn't have the same close relationships with today's heroes of AI, Geoffrey Hinton, Yoshua Bengio, and Yann LeCun. She is such a fine observer of character, one longs for the same insights about those scientists.

Will there be a swing back to the symbolic processing ways? While cautioning that it's dangerous to try and predict which things will come to the fore, McCorduck noted that threads in AI have gone away only to come back years later. In some sense, the field may need to "go and push along the other end of the continuum," she offered, meaning, "how do we move into this whole issue around symbolism which humans are really good at?"

Despite her affection for the apostles, McCorduck is aware the composition of the field of AI is changing, and for the better. "Someone said, I forgot who, the early 21st century created a whole new field that so perfectly reflects European medievalist society," she told ZDNet. "No women or people of color need apply."

Women and minorities are participating, she noted, "but not in the numbers they should be participating," with perhaps only twenty percent of major research papers in AI authored by women, for example. "It's nuts," she said, before adding, "it will change."

"Fei-Fei Li at Stanford has said, it's AI for everybody, not just a group of white guys," said McCorduck, referring to the Stanford University professor of AI. Issues of diversity only highlight that the stakes are high both within the field of AI and for its role in society, something McCorduck anticipated so many years ago when she tried to make people see that, well, it could all be important someday.

It's ironic that McCorduck had to defend her interest in AI to her fellow humanities scholars. In today's age of deep learning benchmarks, McCorduck's passion for AI is by contrast conspicuously humanist. The questions that preoccupy her in This Could Be Important are precisely the ones that always occupied thinkers of all stripes, including poets and novelists. Are we creating something in our own image, and if so, what will it reveal about ourselves? Will we be supplanted, will our creations turn against us, or will they abandon us like Shelley's Frankenstein?

There is a poignancy to This Could Be Important. Those pioneers she knew, the apostles, are all gone now. "All flesh is as grass, and many of my teachers and mentors in artificial intelligence have died," writes McCorduck toward the end of the book. She is carrying forward the tradition of big questions as one of the last participants from a time when big questions about intelligence were the norm.

In an age both fearful and ignorant of AI, an age full of misleading headlines about killer robots, it's very fortunate for the world that one apostle remains to remind us that the science of AI has always been a very human endeavor.