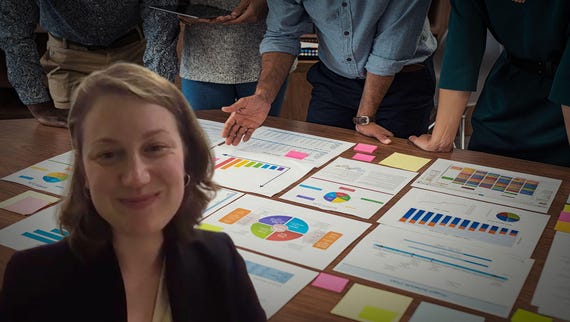 New Relic is one of the leaders in Application Performance Monitoring (APM). It's been around for more than a decade and has had a successful IPO. It's a platform many people are using and has a name even more people recognize.

Today, New Relic is announcing new features at its FutureStack conference in New York City, where CEO and Founder Lew Cirne will showcase what New Relic dubs "the world's first Observability Platform." These features are interesting not just for New Relic and its customers, but also as evidence through which to note trends in application development and data processing.

To understand what this is all about, it may be useful to set the stage first. If you have been anywhere around software development for the past decade, you realize how many things have changed. Not just in terms of programming languages, but most importantly in terms of paradigms.

Cloud, containers, serverless, and data-driven applications are now the norm. They were mostly not there when New Relic built its application monitoring platform. So to be able to continue to serve its customers, who are now developing applications differently, New Relic had to change.

This is no breakthrough insight, apparently, and New Relic has been working on this for a while. Equally apparently, however, figuring out what is needed to stay relevant and implementing it to overhaul a successful platform without upsetting current users is not easy.

New Relic had a hard time going through this, with a change in CTO, stocks plummeting, and a CEO stating in an earnings call that execution on the company's plans has been weak. Part of it has to do with increased competition, and part of it, according to analysts, has to do with existing customer spending.

A new platform called New Relic One is New Relic's effort to address those issues. The new features announced today paint a picture of where New Relic is headed, and what it deems important. ZDNet caught up with Mark Weitzel, GM New Relic One at New Relic, to discuss.

Programmability and moving past BI and the dashboard

For this release, New Relic highlights programmability. To us, this was not entirely clear at first. Having APIs, and giving users the ability to get data out of New Relic should be considered table stakes, after all. Indeed, this is something that has been there for a while.

It turns out what New Relic means here is the ability to let users build applications on top of its platform. But how exactly would that work? Would users assemble New Relic apps, and deploy them to New Relic's cloud, for example? And, more importantly, what is the point of doing that?

Weitzel clarified that users will be able to build front end applications that run securely inside the browser, designed to take advantage of the New Relic One platform. This, he went on to add, is available to all customers at no additional cost, and has come about as something customers themselves requested -- "experiences that are more interactive and can tie directly into their workflows."

Programmability is built on React, GraphQL, and NRQL -- New Relic's custom query language. In a blog post, New Relic stated that working knowledge in those is not strictly required to build applications, which we found questionable.

Weitzel cited a recent New Relic hackathon, in which a person with no front-end experience was able to create a working application. But what about people who do have programming experience? Why would they want to add yet another platform to their stack?

Customers, Weitzel said, have been asking for more interactive experiences, curated for their specific business, tie directly into their workflows, and can integrate third-party data without having to ingest it into New Relic's database: "Dashboards can't easily do that".

This is an interesting statement, coming from a company whose bread and butter is dashboards. And there's more. If you're going to play offense, New Relic stated in a blog post, you've got to move beyond the dashboard. It's not the first time we encounter this notion. Startup Explorium, for example, is betting traditional BI (Business Intelligence) will become irrelevant as AI takes over.

The difference is that Explorium is all-in on AI and not so much on BI, while for New Relic, it's been the other way round. But that seems to be changing. New Relic introduces New Relic AI, which it dubs a new intelligent AIOps solution. The goal is to reduce alerting noise, and New Relic said it has worked for early users, reducing alerts more than 80%.

According to a recent AIOps Exchange survey, some 40% of IT organizations see over a million event alerts a day, with 11% receiving over 10 million alerts a day. This is not manageable, and being on call to scan through those alerts is not fun. AIOps, a portmanteau combining AI and IT Operations (Ops), is the application of machine learning to Ops data, with the aim of facilitating Ops.

In February 2019, New Relic acquired SignifAI, which has built an AIOps product. This has since then been integrated into the New Relic portfolio, and today, New Relic's AIOps offering is introduced in private beta. Weitzel said New Relic AI integrates with dozens of data sources and automatically enriches incidents with relevant context and machine learning-powered guidance and suggestions.

This should be a welcome addition for New Relic users. If anything, we'd say it's overdue. Another one in that category would be the ability to process data from logs. New Relic Logs is also announced today, enabling users to correlate log, application, and infrastructure data.

Logs are key data sources, especially in the context of application monitoring. No doubt adding this data to the mix should enable additional insights. New Relic emphasizes the ability to quickly perform ad hoc searches that return queries instantaneously on that data.

Observability, open-source, and the bigger picture

Asked if New Relic is trying to add an open-source angle, Weitzel concurred. He said that New Relic's approach to achieving observability is to offer a platform which is open, connected, and programmable. Observability is the message of choice for New Relic, and Weitzel noted the first requirement for this is the idea of being able to instrument everything and view all of your data in one place.

Historically, he added, that has meant installing agents on server-side and client-side applications, cloud VMs and hosts, and watching metrics filter in. But teams now have access to a lot more telemetry data that gets emitted by cloud-native services, whether it's monitoring tools, distributed tracing standards like OpenTelemetry, or open-source logging tools:

"We don't think software teams should need to flip between multiple tools when they have a problem to solve, and that means getting all of their telemetry data into one place."

And to add to the open-source theme, New Relic is also making some pre-built applications available on Github. These include Site Analyzer, Cloud Optimize, and Customer Journeys. Speaking of open-source, a valid question to ask would be whether it would be possible to build a custom APM solution for your needs using open source tools.

As people have noted, in theory you could, but the cost of assembling and managing it would probably soon outweigh any savings you may have from going with a commercial solution like New Relic. So, the question may be reframed, as in, where do New Relic's features bring it compared to the competition, and will they help New Relic escape its woes?

New Relic's messaging is centered around listening to its customers, and the features look designed to appeal to them. This chimes in with analyst messages and the strategy may work. For an incumbent like New Relic, this is a good place to start. How New Relic compares to the competition, is a much broader question than what we can answer here. Let's just say that New Relic is neither the first nor the only one to aspire to this -- CA is also working on AIOps.

What is worth noting, however, is how this move signifies the evolution of software in lockstep with the increase in the volume and significance of data. It's more and more about AI, and less and less about BI.

Join Discussion for: The new New Relic: Past BI and the dashboard,...