App success isn't all about fantasy and wishing. There are some tangible things you can do to get on the road to having your own app. If you want to turn an app idea into a successful business, this article is for you.
Written by David Gewirtz, Senior Contributing Editor on Aug. 17, 2016

Congratulations! If you've found this article, you've found the key to all your dreams of success. That's right, by acting before midnight tonight, you, too can become an app billionaire simply by clicking your heels together three times and saying, "There's no place like..."

Nope. I'm just kidding with you. Pulling your leg. Yanking your chain. Messing with your head.

We're talking about software. You don't even need to be wearing shoes. You could, in fact, wind up a billionaire without ever putting on a tie or wearing lace-up shoes. It's just a matter of having the right idea, and the world is your oyster.

Can we be serious for a minute? Just having an idea is not enough. There are real opportunities in software development, but there are realities as well. In this article, I'm going to talk about both. It's going to have a tough love feel about it in some places, but I'll point you to great resources as well.

About two years ago, I wrote an article called, "So you have an app idea and want to make a bajillion bucks." I thought it was going to be a simple reply to a reader's questions. It turned out to be the homing signal to everyone with an idea, a massive sense of entitlement, and a complete lack of experience.

I can't begin to tell you how many letters I get that begin with "I have no money and no programming skills," make the claim to an idea that's "bigger than Facebook," and end with the demand that I either write the app for them, team up (for free, of course) and write the app for them, or hire someone for them so the app can get written.

These folks had a fantasy that they could whisper an idea to someone and somehow, magically, become rich. The world doesn't work that way. In this article, I'll show you how get into the app business, but there are no guarantees. It's a very crowded market and there are a lot of other folks with the same dream.

If you want to succeed in creating an app, you have to get past the idea that you're the anointed one with the golden special gifted-from-the-gods app idea, and that everything should drop into your lap automatically simply because you want it to.

We all have ideas. There are a billion iPhone and another billion or so Android users out there. Do you really think you're the only one who came up with an idea like yours? The odds say, "No."

I know, it hurts. The great science fiction writer Robert Heinlein coined an acronym, TANSTAAFL, that perfectly describes this: there ain't no such thing as a free lunch. Just having an idea isn't good enough. You have to do a lot more to succeed. Fortunately, success is possible if you're willing to do the work.

With that, I'm now going to reveal the secret that will let you unleash your true potential for success in the app business.

The secret: learn to program.

If you work for a company with a budget to hire programmers, if you're an investor who has developed business plans and spent years funding software investments, or if you're a business professional with years of experience putting together teams, then you don't need to be a programmer.

If you're one of those folks, you know the score and are busy proceeding with developing your plan, doing market testing, assembling a team, considering offshore development, and all the rest.

If you're not a tech industry insider with years of experience, you're going to have to learn to program. That's the secret. Don't freak out. Learning to program is actually pretty achievable.

The good news is that Apple and Google have gone to extreme lengths to set up systems that make the barrier of entry into their app marketplaces almost absurdly low. They want you to develop your app. They really, really do. After all, your success is their success, because they get a cut of every app they sell.

Although neither Apple nor Google will give you a million dollars to turn your idea into reality, they have cleared a path for your success. But you have to meet them halfway there. You have to do some of the work.

Apple and Google have created simplified program development environments, made tons of tutorials available, and made access to their customers astonishingly simple. You can join Apple or Google's development program for under a hundred bucks, create an app, and publish it to the world.

That's right folks, for less than the cost of some Apple Watch bands (and not even the ludicrously expensive ones), you can set yourself up to build and sell apps.

Pitfalls and traps to avoid

Before I go into some of the really constructive things you can do to learn to program and build your own apps, some cautions are in order.

If you are thinking about hiring developers, don't. Even the best programming managers, with years of experience wrangling teams of programmers, tend not to get projects done on time and on budget. You, with no experience? You're just a victim waiting to be stripped and gutted. Don't go there.

Don't think you can save money by hiring someone in a third world country to do your work for you. Even at discounted rates, if you have an app idea and no experience, the surest way you can fail (and do so spectacularly) is to pay someone else to write your code.

If you're willing to learn to program, that's great. But avoid those 5-figure programming bootcamps. Some can be as costly as a traditional degree, but without the advantage of earning a universally accepted credential. You also don't need to go to a traditional college to learn programming if all you want is to develop an app.

I respect the value of traditional education. But you don't need to go into debt for a decade and earn a college degree to develop an app or two. There are many readily available, comparatively inexpensive (or even free) alternatives. Keep your money and spend some time with YouTube.

Learning to program isn't really that hard. Sure, it takes time, energy, dedication, and a willingness to put up with frustration. No one can remove that truth, or do that work for you. If you do the work, you will probably be able to put an app on the app store.

If you don't know how to program, there is an incredible selection of free resources out there. Watch some YouTube videos. Read some books. Download the development environments. Do some tinkering. Learn.

So how long will all this take? That's like asking how long it takes to learn to play the guitar. Being able to make some music is very different than becoming the next Eddie Van Halen. There's a range of skill involved in any creative endeavor.

But I'll tell you this. I've taught college-level programming classes on and off for the past two decades. I currently teach programming at the University of California. Nearly all my students become pretty good entry-level programmers in one semester, or about 16 weeks. Almost everyone gets his or her first program written in just a few weeks.

So do that. If you work on it intensely and use the tools Apple and Google provide, you could create your first app in just a few weeks. It won't be Facebook, of course. But it will be an app.

There's no magic to this. It's hard work, like anything else. Once you're done programming, you'll have to do all the supporting activities, from describing it, to creating graphics, and so on. I've actually written a road map to all of this, from how to sign up to the development programs for iOS and Android to how to submit your first app. Dive in and follow the instructions and you'll be up and running.

Anyone can publish an app. That's an amazing statement. Until the iOS and Google app stores existed, that availability and access to a global audience was impossible. But if you have a computer, some time, some discipline and patience, and are willing to work, you can get your app into an app store.

Then, it will be up to the users whether or not it's a hit. But you'll have an app. And you might even make a few bucks. So that's the secret: work hard and do your own programming.

Whether your dream of billions in easy money will ever come true, well, when you buy your first yacht, let me know. 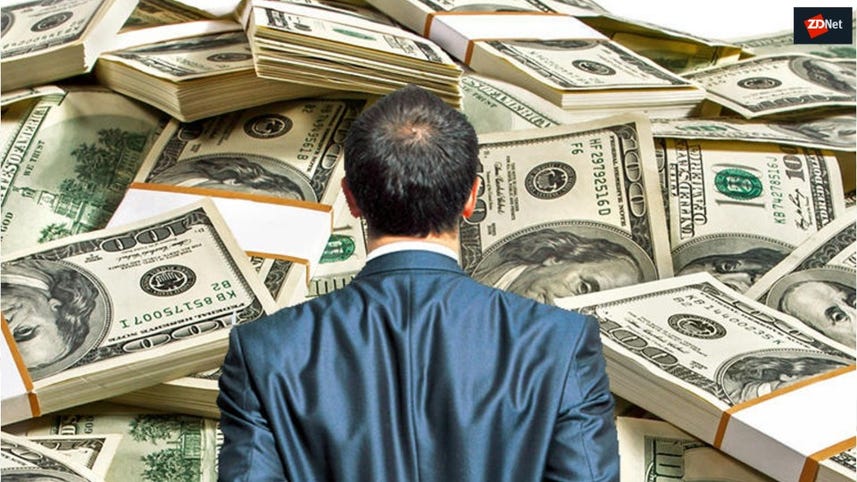