The promised Cortana-Alexa integration is getting closer

Microsoft and Amazon promised to integrate Cortana and Alexa before the end of 2017. Since then, there's been almost no word on what's going on, beyond a few new hints.
Written by Mary Jo Foley, Contributor on April 30, 2018 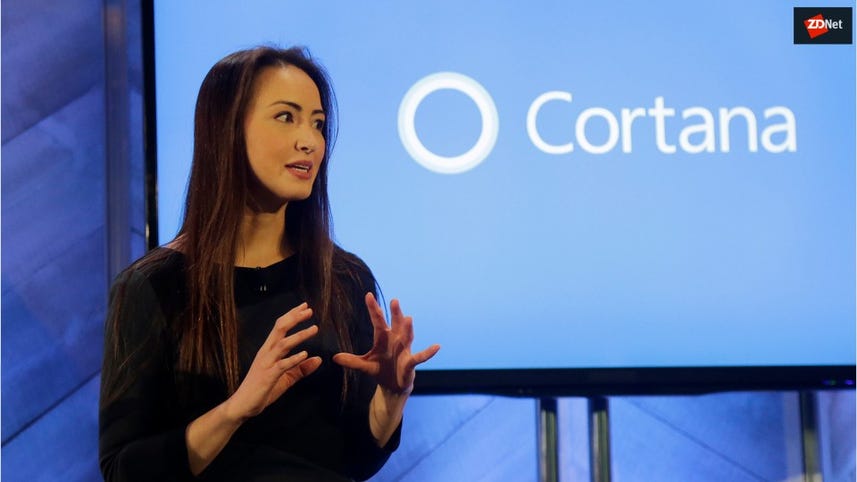 Video: Can Cortana ever catch up? Microsoft digital assistant in search of a different proposition

Since Microsoft and Amazon announced plans to integrate their respective personal digital assistants last summer, there's been almost no official update on the status of the partnership.

An April 27 update to the Cortana support page mentions "Cortana and Alexa."

"Cortana and Alexa are still getting to know each other. Soon you'll be able to ask Alexa to buy things, add items to your shopping list, access your Alexa skills, and more," says the brief update on the page.

Typing "Alexa" into the search box in Windows 10 (on the Fall Creators Update version, at least) yields a message saying, "I'll be able to connect you to Alexa soon. Stay tuned!" (This seemingly has been there since February, when the integration began testing with select Amazon customers. But I just noticed it recently.)

Last summer, Amazon and Microsoft announced that their respective personal assistants would be able to talk to one another so customers could opt to use the assistant most suited to a particular task. Amazon and Microsoft officials said last year that they'd make Cortana-Alexa integration available before the end of calendar 2017. Since then, there's been no update on when this might actually arrive.

In early March 2018, Cortana team members told Windows Insiders that the Cortana-Alexa integration was in "internal self-hosting" at Microsoft at the moment. Microsoft is working to "make sure it's (the integration) a great experience," the team said, noting that bringing together the two different speech stacks is "non-trivial."

Microsoft's Build 2018 developer conference kicks off next week on May 7. So far, there are only a handful of sessions listed so far in the session catalog that make even a passing mention of Cortana. The primary one, entitled "What's new with Cortana and the Skills Kit," claims Cortana is now used by over 140 million people, and notes that the presenters will cover new features added to Cortana and the Skills Kit over the past year "and things to come soon."

Recently, Cortana's new boss, Javier Soltero, admitted to PCWorld that "skills for the sake of skills won't fly." He said skills usage isn't "quite as deep as most people think it is." He also acknowledged Microsoft's in total catch-up mode on this front. (That's for sure, with Alexa at 40,000-plus third-party skills at last count.)

Given Cortana is set to access Alexa skills via this integration partnership, maybe Cortana's skills shortage is less horrible than meets the eye (?). If we don't hear more at Build, I'd think it must be relatively shortly after.

Soltero also declined to say whether there are any other Cortana-powered speakers in the works. Currently, there's one from Harman-Kardon. I think speakers might not be where Microsoft is focusing; perhaps it's more about conferencing systems, microphones, or other more business-centric peripherals.

I also am very curious how Amazon's announcement of Alexa for Business changes/impacts its deal with Microsoft. When the two rivals announced their integration partnership last summer, Amazon had yet to reveal publicly its Alexa for Business plan. To me, it seems that what Amazon's doing on the work front competes head-on with the way that Microsoft is evolving Cortana.

On a semi-related note, former Microsoftie and leader of Alexa Smart Home, Charlie Kindel, recently decided to leave Amazon. His last day was April 27. Kindel has yet to say what's next for him, beyond some rest and relaxation.