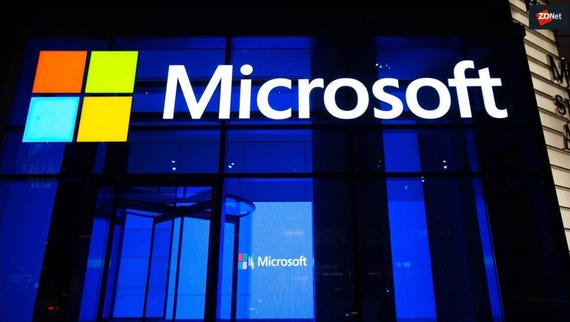 In Mary Jo Foley's first Surface Duo article, she stated that she believed the $1,400 starting price would make the Surface Duo a non-starter for anyone other than a Microsoft Surface superfan.

I've been a Surface fan since the first time I bought and held a Surface Pro many years ago, and I also was an original Windows Mobile fan dating back to 2000, when I bought a Compaq iPAQ Pocket PC. The new Surface Duo brings the best of Surface hardware to a modern Android platform with a focus on the Microsoft products I use every single day to get work done.

Seeing the Microsoft logo on the front of the white Surface Duo is just about all I need to get excited. Combine that with the two displays, fantastic hinge, and thin form factor, and I'm sold. Indeed, many reviewers who spent two weeks with the Surface Duo agreed that Microsoft hit it out of the park in terms of the device's high-quality craftsmanship.

Here's what disappointed many reviewers about this $1,400 device: It delivers last year's processor, limited RAM and internal storage, a single basic camera, no 5G, no NFC, no support for wireless charging, no water/dust resistant rating, and standard 60Hz refresh rate displays. These hardware concerns may make the Surface Duo a non-starter for many people, but the experience is much more than a specification comparison.

While I use my phones for taking photos, it's not a critical daily function for me. I never pay for items at stores with Google Pay and if I found myself doing it often there are several watch options available to take on this role. 5G may be the one thing I would like to see, but so far I'm seeing solid LTE coverage and don't have a critical need for 5G to get work done.

When I first saw photos of the device I thought the bezels were terrible. However, using it with both hands and flipping, swiping, and more makes me realize the bezels are handy for handling the Surface Duo and not a single person I have shown the device to has even commented on the top and bottom bezel heights.

A few days ago, I presented a list of 10 things I tried on a Fold 2 and LG V60 to see how a dual display setup compared. The LG V60, with its Dual Screen cover, beat the Z Fold 2 in nearly every experience because it offers two larger display rather than a single display that is split for multitasking.

The areas where the Z Fold 2 beat the LG V60 were in reading books in Amazon Kindle, drag-and-drop support across apps, and a full-screen email experience. Guess what? The Microsoft Surface Duo supports these three things even better than the Galaxy Z Fold 2 and also has two large displays like the LG V60 Dual Screen cover solution.

However, the Surface Duo beats out the LG V60 when it comes to these dual-screen experiences because Microsoft took the time to develop the software to support the dual screens while LG made a minimal attempt to support the second display.

It is quick and easy to set up Groups where a single tap of this custom shortcut launches an app on each display. I am also a folder guy and discovered you can embed Groups shortcuts into folders so the Surface Duo is perfect for boosting my efficiency. I currently have the following Groups set up to help me be productive:

It's only been 24 hours so I am sure I will have plenty more of these Groups set up over the next couple of weeks as I continue to install apps and explore all that the Surface Duo has to offer.

The Surface Duo runs Android 10 with all the typical gesture support. An additional gesture where you drag an app up and then move it over the crease flips the app into full-screen mode. You can make the same gesture to put it back into the single-screen mode, and this is a brilliant interaction I am enjoying with lots of apps as I explore the way they work across both screens and on a single screen.

It sounds like reviewers were sent the Surface Duo while the software wasn't quite done baking, but an update came to them just before launch. So far, I have yet to experience any bugs on the Surface Duo as performance has been flawless and the device has reacted as expected with every application, flip of the screen, and a swipe of my fingers.

The Duo is built for those of us who want to use two apps on two screens. If you spend the majority of your time with one app and then jump to another app with no desire or need for using two apps side-by-side then you should not consider the Surface Duo. The full-screen experience is great for apps like Outlook and Amazon Kindle, but the power of the device is in its dual app use.

After spending nearly two weeks with the Samsung Galaxy Z Fold 2 and ordering my own, initial experiences with the Surface Duo indicate this Microsoft product is a better fit for my daily needs despite the supreme specifications of the Z Fold 2.

This Microsoft and Surface fan is smitten with the Surface Duo and I can't wait to keep using it and exploring every aspect of the device while getting work done.

Inside the Microsoft Surface Duo (in pictures) SEE FULL GALLERY

Join Discussion for: The Surface Duo isn't for everyone. But here's...