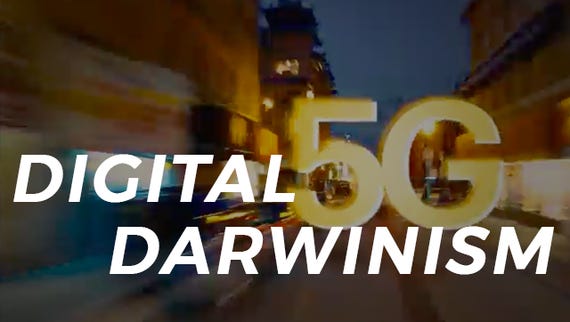 Video: Businesses won't fully exploit 5G until it works in the wild

T-Mobile and Sprint are merging in a $26.5 billion deal that is wrapped around the 5G dream, US technology leadership, disrupting multiple industries, and creating jobs.

The combined company will keep the T-Mobile name, and John Legere will be CEO. Think Uncarrier innovation and price reduction at scale.

Let's give T-Mobile some credit: The company could sure spin a good narrative with its press release. But, before you get sucked up into the T-Mobile-Sprint dream, it's worth pondering the numbers. (See also: T-Mobile and Sprint to merge, finally, strutting 5G clout)

Read also: What is 5G? Everything you need to know about the new wireless revolution

Here's a look at T-Mobile and Sprint by the numbers:

T-Mobile will create more $6 billion in synergies, but this integration will take three to four years. In fact, most of the assumptions behind the new T-Mobile play out over that time frame.

Simply put, the network, sales, service and marketing and all IT and back office functions will be merged at the minimum of three to four years.

That's the sum of run rate savings from merging the back office, IT, and billing.

Rough estimate the new T-Mobile will invest over three years on integrating networks and building out 5G. (See also: Digital Darwinism: Businesses won't fully exploit 5G until it works in the wild)

Pro forma revenue for 2018 with annual growth rates getting the company to $81 billion to $86 billion in three to four years.

Net debt for the combined company, or 2.9 times EBITDA. Total debt will be $75 billion to $77 billion.

The new T-Mobile ultimately expects to get to net debt of $6 billion to $10 billion in the "longer term."

The time it will take to migrate Sprint customers to the T-Mobile network without degradation.

Join Discussion for: The T-Mobile and Sprint merger: The numbers...