Charles Fitzgerald, an investor who used to be Microsoft's general manager of platform strategy and helped build Cloud Foundry at VMware, estimates that Amazon, Microsoft, and Google have all probably already spent more than $50bn building their cloud datacentres around the world and continue to spend at least $5bn a year each on them.

The Industry Cloud: Why It's Next Coud computing has engulfed lots of IT, but one of the untapped regions of the tech and business world is the industry cloud, focusing on vertical industries and more specialized applications.

The billion dollars that Huawei, Oracle, or IBM often talk about investing in public cloud isn't enough to make them one of the 'hyperscale' players. (If the developers building Oracle's next cloud service really had to scrounge up desktop PCs from around the office to build an OpenStack private cloud to work on, then Larry Ellison might want to add more hardware to his shopping list before claiming to compete with AWS, as he did at the opening keynote of Oracle's OpenWorld conference this week.)

That's something HP has learned the hard way. It's going to "double-down" on private and managed cloud systems, by closing its OpenStack-based public cloud.

Customers have until 31 January 2016 to shift to Azure or AWS -- neither of which run OpenStack natively, so those businesses are going to be running their own OpenStack cloud, just on a public cloud service.

It's not clear whether that shows a lack of confidence in OpenStack clouds, which are supposed to make it easier to migrate from one cloud to another, but require expertise that's far less common than the Windows Server, System Center, PowerShell, and Hyper-V skills that would let you move from Azure to a private cloud based on Windows Azure Pack to the various hosting providers who run Azure Pack clouds.

It may just be that Azure and AWS are clearly hyperscale public clouds that aren't going to go away, leaving customers to schedule another migration in short order.

But the thing that differentiates Azure and AWS isn't just their scale. It's the fact that they both offer a wide range of services beyond commodity Infrastructure as a Service VM hosting.

Whether it's AWS's elastic database services, its petabyte-scale RedShift data warehouse, its Elastic Map Reduce Hadoop service, or Azure's Cortana Analytics services, its cloud development Service Fabric, or Azure Active Directory offering everything from SaaS single sign-on to security reports on your IP addresses, Azure and AWS have a host of powerful premium services that go a long way beyond commodity public cloud. 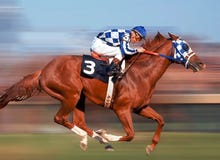 ​Amazon finds its profit horse in AWS: Why it's so disruptive to IT's old guard Amazon's e-commerce background combined with cloud services for the enterprise turns out to be a deadly combination for legacy IT providers. As a result, AWS is 8 percent of Amazon sales but 52 percent of the operating profit.

Those kinds of differentiated services are where cloud providers are going to make real money, rather than simply running an infrastructure that sells you compute power by the minute when you need it.

The corollary of that is that enterprise IT staff are more likely to find their job changed than replaced by cloud services. Talking to Microsoft's data platform vice president, Ranga Rengarajan, about the launch of the data lake services on Azure earlier this year, I asked about the impact on database admins.

Just because these are cloud services that are easier to use doesn't mean they'll put database professionals in businesses out of work, he said.

"There's a lot of angst around about 'my job is going away'. No, no, no; there all these amazing things for us to play with. Do you want to mess around taking backups of your database when there are fun things to do?" he explained.

"There's a great opportunity in data right now; the professionals in the data world who think of themselves as the guardian of any type of data -- they will thrive. If they define themselves as the person who takes the backup, then their job will be simplified.

"We can't have human-managed services; we're turning them into scripts and automation. But we can take the deep insights of such a person and enable them and give them power tools. We can simplify what they used to do so we can free up some of their cognitive load and mental cycles to learn about these new things like new holographic SDKs and face recognition service," he said.

Spending the odd billion doesn't get you the hyperscale that makes that kind of change of emphasis happen. There will certainly be smaller public cloud providers addressing specific areas, but the way companies like HP will make money out of hyperscale public cloud is by selling other people the servers to build it with.

Join Discussion for: There is no money in commodity cloud