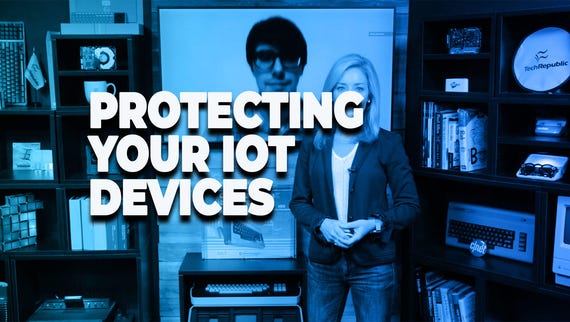 Tens of thousands of Wi-Fi routers are potentially vulnerable to an updated form of malware that takes advantage of known vulnerabilities to rope these devices into a botnet for the purposes of selling distributed denial of service (DDoS) attack capabilities to cyber criminals.

A new variant of Gafgyt malware – which first emerged in 2014 – targets small office and home routers from well-known brands, gaining access to the devices via known vulnerabilities.

Now the authors of Gafgyt – also known as Bashlite – have updated the malware and are directing it at vulnerabilities in three wireless router models. The Huawei HG532 and Realtek RTL81XX were targeted by previous versions of Gafgyt, but now it's also targeting the Zyxel P660HN-T1A.

In all cases, the malware is using a scanner function to find units facing the open internet before taking advantage of vulnerabilities to compromise them.

The new attacks have been detailed by cybersecurity researchers at Palo Alto Networks. The Gafgyt botnet appears to be directly competing with another botnet – JenX – which also targets the Huawei and Realtek routers, but not Zyxel units. Ultimately, the attackers behind Gafgyt want to kill off their competition by replacing JenX with their own malware.

"The authors of this malware want to make sure their strain is the only one controlling a compromised device and maximizing the device's resources when launching attacks," Asher Davila, security researcher at the Palo Alto Networks Unit 42 research division, told ZDNet.

"As a result, it is programmed to kill other botnet malware it finds, like JenX, on a given device so that it has the device's full resources dedicated to its attack".

Control of the botnet allows its gang to launch DDoS attacks against targets in order to cause disruption and outages.

While the malware could be used to launch denial of service campaigns against any online service, the current incarnation of Gafgyt appears to focus on game servers, particularly those running Valve Source Engine games, including popular titles Counter-Strike and Team Fortress 2. Often the targeted servers aren't hosted by Valve, but rather are private servers hosted by players.

The most common reason for attacks is plain sabotage of other users: some young game players want to take revenge against opponents or rivals.

Those interested in these malicious services don't even need to visit underground forums to find them – Unit 42 researchers note that botnet-for-hire services have been advertised using fake profiles on Instagram and can cost as little as $8 to hire. Researchers have alerted Instagram to the accounts advertising malicious botnet services.

"There's clearly a younger demographic that they can reach through that platform, which can launch these attacks with little to no skill. It is available to everyone and is easier to access than underground sites," said Davila.

As more IoT products become connected to the internet, it's going to become easier for attacker to rope devices into botnets and other malicious activity if devices aren't kept up to date.

The routers being targeted by the new version of Gafgyt are all old – some have been on the market for more than five years. Researchers recommend upgrading your router to a newer model and that you should regularly apply software updates to ensure the device is as protected as possible against attacks.

"In general, users can stay safe against botnets by getting in the habit of updating their routers, installing the latest patches and implementing strong, unguessable passwords," Davila explained.

"The more frequent the better, but perhaps for simplicity, considering timing router updates around daylight savings, so at least you're updating twice a year," he added.

Join Discussion for: This aggressive IoT malware is forcing Wi-Fi...