By Anna Solana for IT Iberia | July 7, 2017 | Topic: Artificial Intelligence 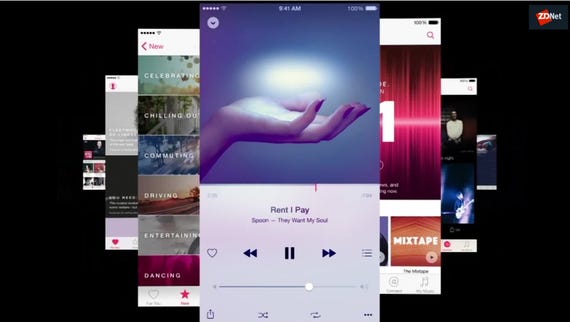 Created in July 2013 as a social network to share transportation options and hotel reservations for gigs and festivals, WeGow has now become a platform for customized concert recommendations for music lovers, with an option for purchasing tickets.

That shift has come about through the platform's use of data analytics and machine learning. WeGow was revamped and relaunched a few months ago, with a free app for iOS and Android that draws on users' location and mainly fan-page data on Facebook and Spotify, user interactions with artists, and top listening choices.

Users can also manually select the genres and artists they most like, and chat in private with other fans to share their interests.

Of course, WeGow, based in Madrid and Bilbao, is not the first company to use listening algorithms to recommend nearby concerts. In 2015, Spotify gave a twist to its music recommendations with a concerts feature that tapped into data about users' listening behavior.

In 2016, internet radio service Pandora did broadly the same thing, introducing personalized concert recommendations thanks to the purchase of Ticketfly for $450m.

However, WeGow has added a social-network layer to the personalization formula, as spokesman Guillermo De Lorenzo points out.

"Users have all they need in a single place: concerts agenda, recommendations, a ticketing platform, and the possibility to share information with others. In addition, some concerts to be held in Spain are not available on Spotify."

The ticketing feature enables WeGow to make a profit, according to De Lorenzo.

"But our core value is our user community, and we plan to develop other business lines that appeal to music promoters and advertisers," he says.

The purchase of Nvivo, a concert aggregator with more than 10 years' experience, that WeGow made in December 2016, has helped the company develop the algorithm needed to become attractive to more than 800,000 users, spread over more than 20 countries.

The business is apparently growing fast and has benefited from several financing rounds with the support of Bizkaia regional government, Bilbao's city council and Enisa, a public institution backing entrepreneurship.

In fact, six months ago, the startup employed eight staff. Today, the team has grown to 22 people, with the app offering concerts in Barcelona, Madrid, Bilbao, Seville and Valencia.