Some older versions of Windows 10 have now reached the end of the road when it comes to security updates.
Written by Liam Tung, Contributor on May 12, 2022 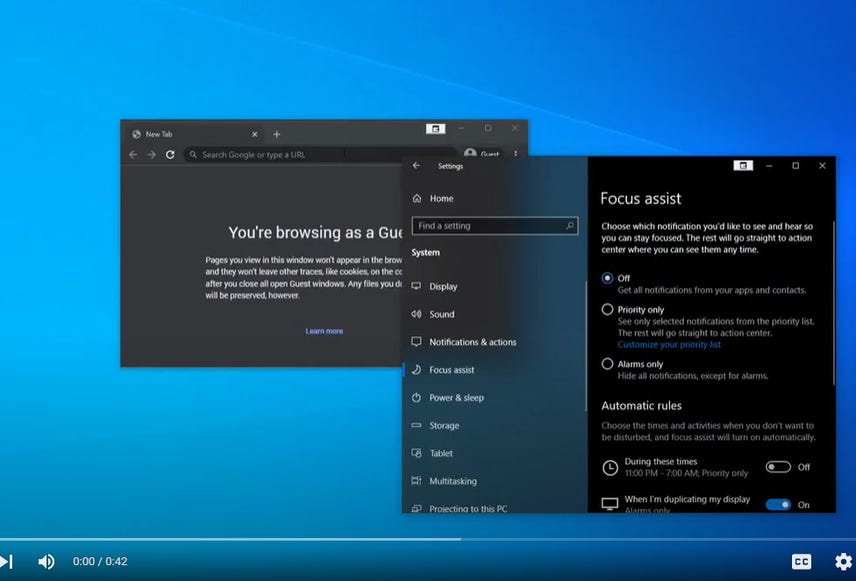 Microsoft is warning Windows 10 users to upgrade the operating system after releasing the final Patch Tuesday security updates to versions 20H2 and 1909.

"As of May 10, 2022, theHome and Pro editions ofWindows 10, version 20H2, and all editions of Windows 10, version 1909 have reached end of servicing. The May 2022 security update, released on May 10, is the last update available for these versions. After that date, devices running these editions will no longer receive monthly security and quality updates containing protections from the latest security threats," Microsoft said in a Message Center update.

As a reminder, Microsoft's May 2022 Patch Tuesday addressed 74 security flaws in its software, most of which affected Windows, including a bug assigned the ID CVE-2022-26925, which was being exploited already but mainly affects Windows servers.

Windows 20H2, also known as the October 2021 update, was released in October 2021. In January, Microsoft started auto-upgrading eligible 20H2 machines to Windows 10 21H2, the first version of Windows 10 to align with the Windows 11 feature release pace of once per year rather than twice.

Windows 10 21H2, released in November 2021, will get 18 months of support, while Enterprise and Education get 30 months support. Windows 11 gets 24 months support and 36 months support, respectively for these editions. The Windows 10 update after 21H2 will happen in the second half of 2022.

It is important for Windows users to move up from Windows 10 20H2 and 1909 as they will no longer receive monthly security updates, exposing them to a greater risk of being infected with ransomware or other malware.

Windows 10 is a security disaster waiting to happen. How will Microsoft clean up its mess?

When Windows 10 hits its end-of-support date, hundreds of millions of PC owners will have four options, none of them good.

For Windows 10 1909, the editions no longer supported are Windows 10 Enterprise, Education, and IoT Enterprise. Microsoft will direct these systems to upgrade to 21H2.

Microsoft is encouraging enterprise customers on Windows 10 to upgrade to Windows 11. The company recently migrated 190,000 of its internal PCs to Windows 11 within five weeks, but was unable to migrate a portion of older PCs that didn't meet Windows 11 minimum hardware requirements.

Consumers can download and run the PC Health Check app to check whether their hardware meets the system requirements for Windows 11 compatibility.