Told you so: Facebook's Libra cryptocurrency is a bad idea (and now its partners know it, too)

Opinion: Is Facebook's Libra cryptocurrency experiencing an extinction-level event? It's not like we (and many others) didn't predict something like this might happen. Here's what's going wrong as the Land of the Like tries to expand its reach into your wallet.
Written by David Gewirtz, Senior Contributing Editor on Oct. 14, 2019 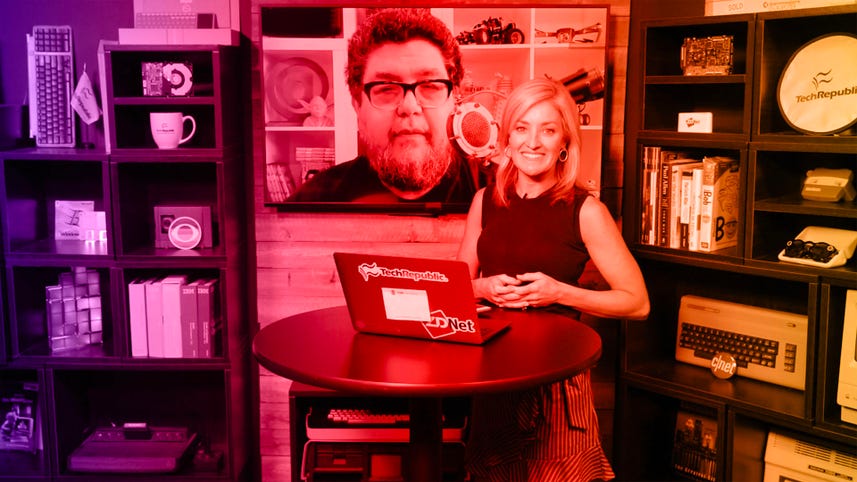 As the Agusta A-109A helicopter swoops into the mountain pass of the densely forested Hanapepe Valley, and the horns from John Williams' memorable Jurassic Park score blast across the theatre, Richard Attenborough, Sam Neill, Laura Dern, and Jeff Goldblum are all wearing smiles of anticipation. They're about to see actual, live dinosaurs.

They don't yet know it's all going to go terribly wrong, but we in the audience sure do.

Attenborough, Neill, and Dern all play their characters as good actors should. But Jeff Goldblum simply plays Jeff Goldblum, as he always does. He gets around, from inserting a virus from a very old Mac into an invading alien spaceship, to running his own garbage planet, to commenting on chaos theory at a dinosaur-themed amusement park. But no matter what role he plays, he's always Jeff Goldblum.

Mark Zuckerberg is like that. Whether he plays the founder of Facebook, Internet activist, or cryptocurrency banker, he always plays Mark Zuckerberg. No matter what role he's playing in public, he's always claiming support for privacy. Yet he consistently behaves in a way that reduces his credibility.

So Goldblum is always Goldblum, and Zuckerberg is always Zuckerberg. Zuckerberg's most recent nascent crime against humanity is Libra, a cryptocurrency not entirely backed by Facebook (wink-wink).

We talked about Libra extensively in June. Beyond the loosely coupled Facebook connection, what made Libra so newsworthy was the herd of partners and backers of this new form of money.

Backers were supposed to pay a cool $10 million in real dollars to join the Libra Association, whose members were to be the primary operators and beneficiaries of Zuckerbuck transaction fees and value increases.

While many of the founding members read like a list of wannabe VC-funded cryptocurrency speculators, the big names were Visa, Mastercard, PayPal, Stripe, and eBay. It's important to note that while these entities are among the primary movers of money among consumers, they are not banks. No banks joined the Libra Association, a fact I found quite telling in my initial, skeptical analysis.

To understand why Libra, in Zuckerberg's hands, is so disturbing, it's helpful to understand Facebook's full scope and influence.

In the US and Canada, as of last December, 186 million citizens use Facebook daily. That's a population larger than the count of every single working American and Canadian.

So not only does Facebook know your family and friends, your interests, your likes and dislikes, Facebook also has an outsized influence on the news you use to form judgements about the world around you. Worse, as we reported back in 2017, nine out of ten Americans don't fact check information they read on social media. Pretty much anything can be prioritized on Facebook based on individual biases, and most Americans will believe it as if it floated directly down from the sky on clay tablets.

None of this is news. But when Facebook decided to use that influence to create its own currency, hairs rose on the backs of necks worldwide. I described it as, "Don't worry. That slightly nauseous feeling is normal. It's just a side effect of the rational response to yet something else in our world beginning to go terribly, terribly wrong."

Governments, as I predicted, were less than thrilled about Libra. Less than thrilled is an understatement. France is wary of it. Singapore wants to regulate it. When Donald Trump and Congresswoman Maxine Waters (the California Democrat who has demanded that the President be placed in "solitary confinement") agree on anything, you know it's got to be bad.

Even so, the plans for Facebook's Libra kept lumbering along throughout the summer months, despite the many concerns.

But now, it appears that an extinction-level event may kill off Libra. Over the past week, all the principle money-moving partners in Libra backed out. PayPal, Mastercard, Visa, Stripe, and eBay all pulled out of the Libra project.

It makes sense. When a currency play is deemed a "serious concern" by the US Federal Reserve, the serious money players are likely to scatter across the field as if they were being chased by a T-Rex.

The fact is, though, Libra is not dead yet. Facebook, notorious for its privacy and data security scandals, should not be allowed to create a currency that might be used by the majority of the population. Like the dinosaurs of Jurassic Park, we all know it's a very bad idea.

The core theme of Jurassic Park can be summed up by an exchange between park creator John Hammond, played by Attenborough, and Goldblum's Ian Malcolm. Attenborough says, "I don't think you're giving us our due credit. Our scientists have done things which nobody's ever done before..." To which Goldblum replies, "Yeah, yeah, but your scientists were so preoccupied with whether or not they could, that they didn't stop to think if they should."

Just because Zuckerberg and his compadres can create a new currency doesn't mean they should. We're starting to watch their partners drop their Facebook-colored glasses and come to that realization.

While there are tangible societal benefits of cryptocurrency -- from stabilizing currency exchange in unstable regions, to managing anonymous donations, to helping fund efforts to cure global poverty and hunger, to providing a more affordable way for people to make payments -- cryptocurrencies like Libra are often created as a new way for entrepreneurs and investors to mint money.

There's nothing wrong with making money, but when a company as privacy-averse as Facebook tries to co-opt currency the way it's managed to co-opt news, we need to look at it with great skepticism and approach it with an abundance of caution.

Thankfully, finally, some of the most influential partners in Libra are taking a hard, cold look at Libra. Hopefully their caution today remains, because Facebook is a T-Rex and, given the opportunity to, it will eat everything in its way.

A statement by Sam Neill's Dr. Alan Grant character is as applicable today to Facebook as it was to evolution back in 1993. He said, "Life will not be contained. Life breaks free. It expands to new territories, crashes through barriers, painfully, maybe even dangerously."

Almost no one outside Zuck's inner circle can deny that replacing "life" with "Facebook" works in this context: "Facebook will not be contained. Facebook breaks free. It expands to new territories, crashes through barriers, painfully, maybe even dangerously."