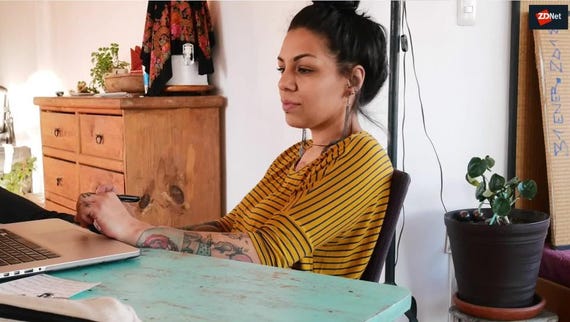 What is a software developer? Everything you need to know
Watch Now

Javascript still rules in RedMonk's Q3 2021 language popularity rankings, which have been updated twice a year since 2010.

Python overtook Java for the second spot in RedMonk's Q2 2020 ranking, and it has remained there in Python's shadow ever since, but now it has jumped one spot to second -- a place it once again shares with Python.

As RedMonk analyst Stephen O'Grady notes, Java's consistent third placing over the past year was "prompting questions from observers as to whether it was fated to a gradual drift down these rankings".

Tiobe's CEO Paul Jensen last September said Java was in "real trouble" because of a notable decline in its share of queries for programming languages on major search engines.

But now, according to RedMonk, Java has 'surged' back. "This would be less of a surprise but for many of the language's competitors -- and, it should be said, the odd industry analyst or two -- writing regularly recurring epitaphs for the stalwart of enterprise infrastructure," said O'Grady.

"The language once created to run cable set-top boxes continues to be a workhorse, and importantly one that has consistently been able to find new work to do. Java's performance on these rankings continues to impress all these years later. As it's shown a remarkable ability to adapt to a rapidly changing landscape, it's a language that would be difficult to bet against."

RedMonk uses a blend of data from GitHub and Stack Overflow to come up with its semi-annual language rankings.

The top 10 languages in RedMonk's latest rankings are:

Rounding out the top 20 are:

While TypeScript's ranking at 8th remains unchanged from the previous quarter, O'Grady is optimistic it still might have room to rise higher in future.

The rankings of Go, Kotlin and Rust didn't change, either. O'Grady has an interesting take on Go's stagnation in light of Java's apparent resilience. Google engineers built Go in 2007 before releasing version 1.0 to the public in 2012.

"It seems plausible, therefore, that Java is retaining -- through a combination of adaptability on its part and inertia on the enterprise's -- a large share of the enterprise applications market, meaning that its would-be challengers -- languages like Go, Rust and to a lesser extent Kotlin because of the shared JVM platform -- are competing less with Java than with each other," he notes.

One notable decline was Julia, a fast but young programming language with roots at MIT and supported by the company Julia Computing, which raised $24 million in funding this summer. The company plans to expand its cloud offering, JuliaHub. The company has several high-profile clients, such as AstraZeneca, BlackRock, Microsoft, NASA, and the Federal Aviation Administration.

O'Grady in 2018 branded Julia a language to watch in the future but also cautioned it could become a niche language.

Julia was the fifth "most loved" language in Stack Overflow's 2021 developer survey released last week, but that was based on less than 800 developer responses versus nearly 30 000 responses from developers who regularly use Java.

A year ago, Julia, which targets data science, was 24th in RedMonk's rankings, but now it's dropped back to 28th position.

O'Grady reckons Julia's adoption problem lies in the popularity of R and Python in the market for analysis and data science.

"Part of the difficulty [for Julia] lies in its target area; with a notable focus on analysis, Julia often finds itself competing for developers' attention with Python and R, two languages that, whatever their flaws, have proven to be both popular and sustainably so."

Google's Dart programming language made its debut in RedMonk's top 20 this month and displaced Perl. O'Grady thinks Dart's rise is attributable to Flutter, Google's cross-platform UI framework for mobile screens, the web and soon PCs, too.

Dart was also in Stack Overflow's list of top 10 "most loved" languages -- that is, languages that developers reported using this year and want to continue using next year.