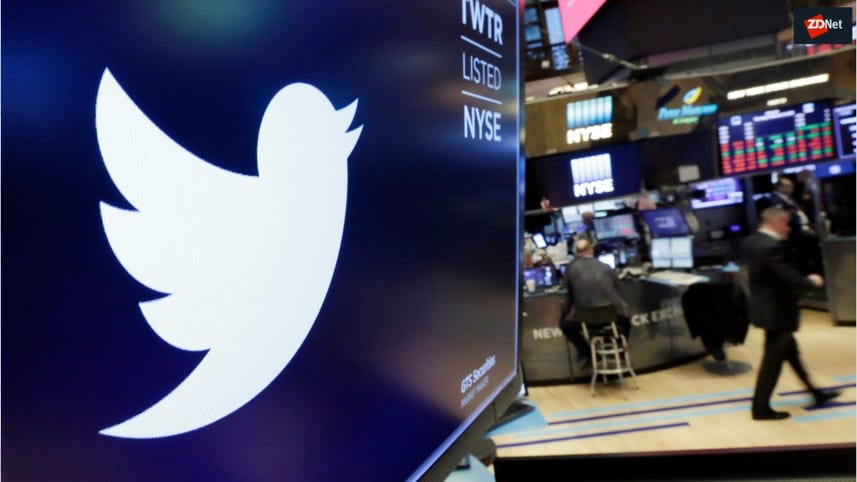 Twitter reported second quarter financial results on Friday that topped estimates, but like Facebook earlier this week, its stock price went tumbling with the disclosure of unsatisfactory user numbers.

Twitter said Friday morning that its monthly active user (MAU) count was 335 million -- one million less than it had last quarter and more than three million below estimates. Coupled with a disappointing Q3 outlook, Twitter is now watching its shares fall more than 17 percent in early trading.

The knee-jerk rationale is to associate the MAU drop with Twitter's crackdown on bots and fake accounts, but the social network admits that it doesn't include inactive or potentially spammy accounts in its MAU tally anyway.

Nonetheless, Twitter said it removed about 70 million accounts in May and June. The company has also doubled the number of accounts removed for violating spam policies as compared to last year.

The company also warned MAUs could go down even more next quarter due to a combination of account removals, GDPR compliance changes, and its decision to not move to paid SMS carrier relationships in certain markets.

"We are making active decisions to prioritize health initiatives over near-term product improvements that may drive more usage of Twitter as a daily utility," Twitter said in its shareholder letter.

Read also: Go back to your Twitter timeline as it was in 2008 - CNET

"As a result of our health work, decisions not to renew or move to paid SMS carrier relationships in certain markets, and our decision to allocate resources towards GDPR and health, MAU could decline on a sequential basis in Q3. Based on our current level of visibility, we expect the decline to be mid-single-digit millions of MAU."

Looking at the rest of the numbers, Twitter posted a Q2 net income of $100 million, or 13 cents per share -- a record high for the company. Non-GAAP earnings were 17 cents per share on revenue of $711 million, up 27 percent year over year.

Wall Street was looking for Q2 earnings of 17 cents a share with $696.2 million in revenue.

Elsewhere on the balance sheet, Twitter said total advertising revenue was $601 million, an increase of 23 percent from the previous year.

One of the big highlights for Twitter this quarter was year-over-year growth in its data business. Twitter said revenue from its data licensing business was $109 million, up 29 percent year over year.

Deals
He flew American Airlines, she flew United. For both, the unthinkable happened