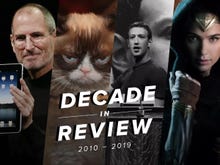 Decade in Review: 2010-2019 From the iPad to selfies to fake meat, we look back at an action-packed decade

CS2C and TKC plan to set up a new company in which they'll become investors, and through which the new joint OS will be developed.

CS2C and TKC have a verbal agreement on a planned investment plan, and a formal deal is to be signed in the future, the two companies said in a joint press conference held last Friday, December 6.

The original Kylin OS was based on FreeBSD and was developed via the popular 863 Program, a government fund set up in the 80s to stimulate the development of local tech to help China reach independence from foreign technologies.

The FreeBSD version of Kylin OS was never truly successful. It was deployed on some Chinese military networks, but not all, and was never adopted beyond academia and research projects.

The OS took a big image hit in 2016, when a Chinese student going by the nickname of Dancefire revealed that the Kylin creators copied large chunks of code from FreeBSD v5.3, with little to no modifications, with code similarities reaching a whopping 99.45% between the two projects.

A new version, developed on top of the Linux kernel, was released in 2009, and in 2014, development passed from the National University of Defense Technology to the newly-founded TKC.

TKC broadened Kylin's development, and there are now Kylin versions for desktops, servers, and embedded devices, under both commercial and free licenses.

These Linux-based versions of Kylin were far more successful than the FreeBSD versions, and they've also been used to power the Tianhe-1 and Tianhe-2, the fastest supercomputers in the world at the time of their launch in 2010 and 2013, respectively. Currently, both supercomputers run a Kylin OS version known as Galaxy Kylin.

The community version of Kylin OS is still free, and TCK claims it's downloaded more than 24 million times each year.

CS2C, through its subsidiary Winning Software, developed NeoKylin into a powerhouse. The NeoKylin variant is currently compatible with more than 4,000 software and hardware products, ships pre-installed on most computers sold in China, and has wrestled the desktop market away from TKC.

Neither Kylin or NeoKylin are in a position to give Apple or Microsoft a run for the top OS in the home PC market, but CS2C claims they and TKC have a 90% joint market share in the government sector, where they've been aided by a 2014 push from the Beijing government to replace foreign operating systems with homegrown alternatives, and primarily NeoKylin.

A new push to replace foreign software is underway

News about the new jointly-developed "domestic OS" comes just as the Financial Times reported over the weekend that the Beijing government is currently executing a second push to get rid of foreign tech, amidst an ever-escalating trade war with the United States.

The FT reported that Beijing had ordered all government offices and public institutions to replace foreign-made hardware and software with Chinese alternatives by 2022 as part of a new national policy named "3-5-2."

A source at a Chinese software company has told ZDNet that Beijing's 2014 push to replace Windows with local operating systems has had side effects when local governments choose different operating systems, fracturing a previously Windows-only ecosystem.

While Kylin and NeoKylin have a common codebase, they are different from one another. Kylin is focused primarily on servers and cloud deployments, while NeoKylin has historically focused on supporting as many platforms as possible.

For example, NeoKylin is the only Chinese-made OS to support all six major "domestic CPUs" -- namely Feiteng, Godson, Zhaoxin, Shenwei, Haiguang, and Kunpeng.

Currently, many apps that run on Kylin won't run on NeoKylin, and vice-versa, creating problems with managing a nation-wide IT system without unwanted friction and incompatibilities.

With a plan to rip out all foreign hardware and software from government systems within three years, orders likely came down from Beijing to unite the two OSes into a common platform.

The Beijing government is well known for its heavy-handed approach to controlling the local tech market, primarily through state-owned companies and generous government subsidies [1, 2].

In an interview with CNBC in September, David Roche, the president of Independent Strategy, said the Sino-US trade war is what's forcing China's hand to act and wean itself off American technologies, such as semiconductors, hardware, and software.

"China will never trust the United States again, and it will achieve its technology independence within seven years," Roche told CNBC.

He also predicted that China would win the trade war.

And it's clear that China's has a long term plan with dealing with the current trade war. The new "domestic OS" will most likely play a minor role, but it was the Chinese who invented the "death by a thousand cuts" form of torture, known as lingchi.