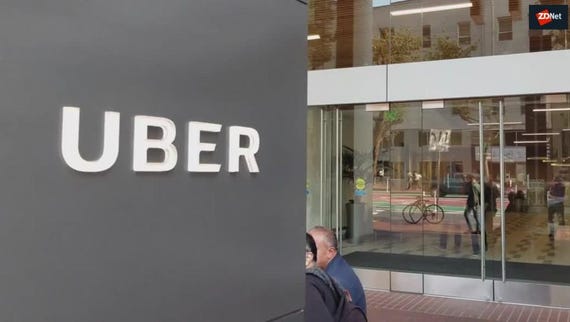 Uber is facing a new legal complaint filed by drivers who are demanding to see the computational algorithms and data collection practices that shape how they work.

The legal bid, filed on Monday in Amsterdam, is being brought forward by UK drivers with the support of the International Alliance of App-based Transport Workers (IAATW), Worker Info Exchange, and the App Drivers and Couriers Union (ADCU), a UK-based independent union formed for "app-based drivers and couriers" including Uber and Deliveroo.

Led by Amsterdam-based lawyer Anton Ekker, the complaint claims that Uber has failed to "provide access to data and [an] explanation of algorithmic management as required" by the EU's General Data Protection Regulation (GDPR).

"This runs contrary to Uber's insistence in many employment misclassification legal challenges across multiple jurisdictions worldwide that drivers are self-employed and not subject to management control," the complaint says.

The unions intend to argue that the ride-hailing service is not providing gig economy workers with their data, and without access to their profiles and the algorithms used to determine their work, this could be allowing discriminatory or unfair practices to go unchecked.

To resolve this issue, the complainants seek the creation of a "data trust" in which information collected by Uber on drivers is made available to unions for the purposes of "collective action [and/or] bargaining."

The district court in Amsterdam will also be asked to fine Uber €10,000 for every day the company allegedly does not comply with data protection laws. Uber BV, based in the Netherlands, and Uber Technologies are cited in court documents (.PDF) as joint data controllers.

TechRepublic: This new open source project could be key to securing database applications

A CrowdJustice campaign has been launched to fund the legal action, and both UK and EU Uber and Uber Eats drivers are being urged to join the case. During a campaign video describing the basis of the complaint, Yaseen Aslam, the president of the IAATW, commented:

"Our privacy team works hard to provide any requested personal data that individuals are entitled to," an Uber spokesperson told The Guardian. "We will give explanations when we cannot provide certain data, such as when it doesn't exist or disclosing it would infringe on the rights of another person under GDPR."

In 2018, Uber was fined close to $1.2 million by the Dutch Data Protection Authority and UK's Information Commissioner's Office (ICO) for failing to protect consumer data during a 2016 security breach.