"We have stopped our self-driving pilot in California," an Uber spokesperson wrote in an email to CNET. "We're now looking at where we can redeploy these cars but remain 100 percent committed to California and will be redoubling our efforts to develop workable statewide rules."

The DMV's move comes after a week long standoff, where Uber refused to obtain permits for its self-driving vehicles as "autonomous."

The Attorney General's office sent a letter to Uber that said the company must "immediately remove its self-driving vehicles from California public roadways until it obtains the appropriate permit" or else the attorney general "will seek injunctive and other appropriate relief."

Uber maintained its self-driving vehicles didn't fall under the autonomy laws in California. Head of Uber's self-driving division, Anthony Levandowski, said Uber doesn't require a permit because the Volvos have backup drivers behind the wheel monitoring driving, and it's not fully autonomous -- like Tesla's Autopilot feature.

Uber came under fire shortly after launching the self-driving project, when a dashboard camera caught one of Uber's Volvos running a red light. Uber said it was due to driver error, not the autonomous system. 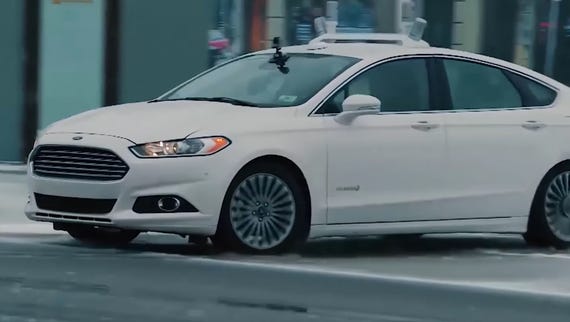