US supercomputer knocks out Chinese champ to reclaim HPC crown

But China has more machines overall in the TOP500 list.
Written by Nick Heath, Contributor on June 25, 2018 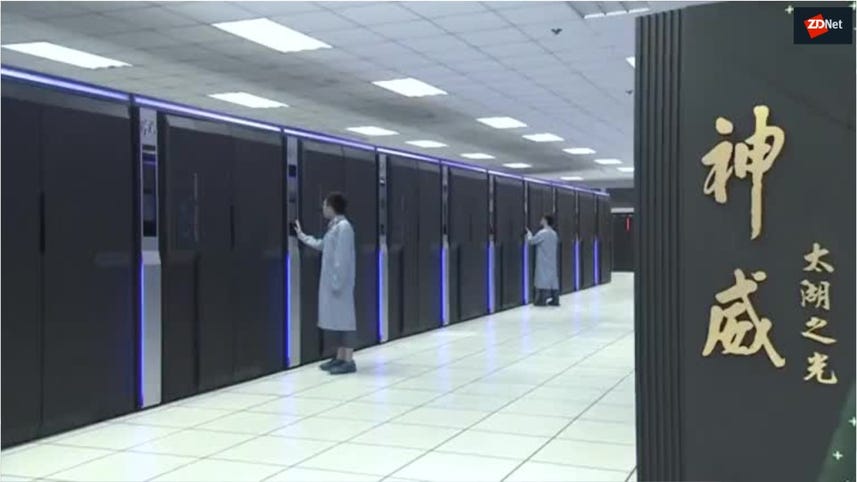 After years of Chinese dominance, the US once again leads the TOP500 list of the fastest supercomputers in the world.

Heading up the latest list is Summit, a supercomputer capable of performing 122 quadrillion floating-point operations per second, or 122 petaflops.

Housed at Oak Ridge National Laboratory (ORNL), Summit performs research into subjects like materials, cancer, and fusion energy for the US Department of Energy (DoE), using a mix of IBM CPUs and Nvidia GPUs.

The last time a US supercomputer topped the TOP500 list of the world's fastest supercomputers was in 2012, when the spot was held by the Titan supercomputer, also based at ORNL.

Summit takes the top spot from Chinese machine the Sunway TaihuLight supercomputer, which boasts some 93 petaflops of processing power and produces models for climate studies and advanced manufacturing.

Sunway TaihuLight, which is pushed down to number two in this year's list, uses a custom RISC CPU with 260 cores, and custom interconnects made in the Chinese city of Wuxi.

Like many machines on the list, see table below, Summit relies on a mix of CPUs and many-core accelerators like GPUs, which excel at parallel processing.

Another new US machine takes third place, with the US DoE's Sierra, based at Lawrence Livermore National Laboratory, beating the competition with 71.6 petaflops of power.

Built by IBM, Sierra's architecture is quite similar to that of Summit, with each of its 4,320 nodes powered by two Power9 CPUs plus four Nvidia Tesla V100 GPUs and using the same Mellanox EDR InfiniBand as the system interconnect.

Amid heavy competition at the top, Chinese-built Tianhe-2A, also known as Milky Way-2A, slips down two places into the number four spot, despite receiving a major upgrade that replaced its five-year-old Xeon Phi accelerators with custom-built Matrix-2000 coprocessors that almost doubled its performance to 61.4 petaflops.

Six of the top 10 places in the list are held by US supercomputers, with the remaining spots held by the newly built Japanese AI Bridging Cloud Infrastructure (ABCI) and the Swiss Piz Daint.

However, overall the number of US computers in the list has fallen, down from 145 systems to 124, an all-time low. In contrast, the number of Chinese machines has risen again, up to 206.

The use of accelerators such as GPUs, and to a lesser extent many-core co-processors like Intel's Xeon Phi series, is also becoming more common, with such processors now found in 110 machines on the list.

Processor core counts are rising across the board, with more than half the systems running on CPUs using more than 16 cores.

Last year was the first time that all the computers on the list were running on Linux for the first time, according to ZDNet's Steven Vaughan-Nichols.

US once again boasts the world's fastest supercomputer

The US Department of Energy on Friday unveiled Summit, which can perform 200 quadrillion calculations per second.

It's not just the chips in the Department of Energy's record-breaking Summit supercomputer, which is setting new speed records; it's also Red Hat Enterprise Linux.

Powered by Dell EMC, the upgrade to Artemis is expected to allow further research into artificial intelligence.

But China has even more systems on the latest Top500 supercomputer list.

TechRepublic's Conner Forrest explains how China leap-frogged the US to the peak of the TOP500 list of supercomputing giants.