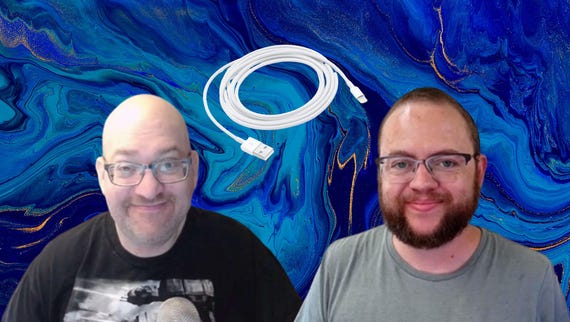 With the current generation of smartphones and their much faster processors and vivid, high-resolution displays, and always-on connectivity, demands on battery performance are now higher than ever.

You may have noticed that, while you are on the road, you're quickly running out of juice. If you have this problem, portable batteries and faster wall chargers than what may have come in the box with your device may be the solution.

But not all portable batteries are the same, even though they might use similar Lithium Polymer (LiPo) and Lithium-Ion (Lion) cells for capacity and look very much alike. Plus, modern smartphone hardware from Apple and various Android manufacturers support faster-charging rates than what was previously supported.

If you use the charger that comes in the box of the current-generation iPhone hardware, or if you buy just any portable battery pack on the market, you're going to be disappointed. Ideally, you want to match your charger, battery, and even the charging cable to the optimal charging speeds that your device supports.

There are three different high-speed USB charging standards currently on the market. While all will work with your device using a standard legacy charge mode, you will want to match up the right technology to optimize the speed in which you can top off your phone, tablet, or even your laptop. Let's start by explaining the differences between them.

If your Android device or accessory still has the USB Micro B connector (the dreaded fragile trapezoid that's impossible to connect in the dark), you can fast-charge it using an inexpensive USB-A-to-USB Micro B cable.

If the device and the charger port both support the USB 2.0 standard (pretty much the least common denominator these days for entry-level Android smartphones), you can charge it at 1.5A/5V. Some consumer electronics, such as higher-end vape batteries that use the Evolv DNA chipset, can charge at 2A. A USB 3.0/3.1 charge port on one of these batteries can supply 3.0A/5V -- if the device supports it.

If you are charging an accessory, such as an inexpensive pair of wireless earbuds or another Bluetooth device, and it doesn't support either of the USB-A fast charging specs, it will slow charge at either 500mA or 900mA, which is about the same you can expect from directly connecting it to most PCs.

Many of the portable batteries on the market have both USB-C and multiple USB-A ports. Some of them have USB-A ports that can deliver the same voltage, while others feature one fast (2.4A) and one slow (1A).

So, you will want to make sure you plug the device into the battery port that can charge it at the fastest rate, if you're going to top off the device as quickly as possible.

USB Power Delivery (USB PD) is a relatively new fast charge standard that was introduced by the USB Implementers Forum, the creators of the USB standard. It is an industry-standard open specification that provides high-speed charging with variable voltage up to 20V using intelligent device negotiation up to 5A at 100W.

It scales up from smartphones to notebook computers, provided they use a USB-C connector and a USB-C power controller on the client and host.

Batteries and wall chargers that employ USB PD can charge devices up to 100W output using a USB-C connector -- however, most output at 30W because that is on the upper range of what most smartphones and tablets can handle. In contrast, laptops require adapters and batteries that can output at a higher wattage.

Apple introduced USB PD charging with iOS devices with the launch of the 2015 iPad Pro 12.9 and with OS X laptops in the MacBook Pro as of 2016. Apple's smartphones beginning with the iPhone 8 can rapidly charge with USB PD using any USB PD charging accessory; you don't have to use Apple's OEM USB-C 29W or its 61W power adapters.

In 2019, Apple released an 18W USB-C Power Adapter, which comes with the iPhone 11 Pro and 11 Pro Max. Although Apple's charger works just fine, you'll probably want to consider a third-party wall charger for the regular iPhone 11 or an earlier model. The regular iPhone 11 and the iPhone SE only come with a 5W USB-A charger, which is woefully inadequate for getting your device charged up quickly.  And the current rumor mill seems to indicate that the iPhone 12 may not even ship with a charger in the box at all. 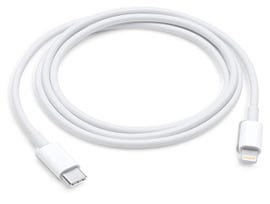 There are cheaper third-party USB-C to Lightning cables. I am currently partial to USB-C-to-Lightning cables from Anker, which are highly durable and MFI-certified for use with Apple's devices.

It should be noted that, if you intend to use your smartphone with either Apple's CarPlay and Google's Android Auto, your vehicle will probably still require a USB-A to USB-C or a USB-A-to-Lightning cable if it doesn't support these screen projection technologies wirelessly. You can't fast-charge with either of these types of cables in most cars, and there is no way to pass-through a fast charge to a 12V USB PD accessory while being connected to a data cable, either.

Qualcomm's Snapdragon SoCs are used in many popular smartphones and tablets. It's fast-charging standard, Quick Charge, has been through multiple iterations.

Quick Charge 4.0 is only present in phones that use the Qualcomm Snapdragon 8xx, and it's present in many North American tier 1 OEM Android devices made by Samsung, LG, Motorola, OnePlus, ZTE, and Google. 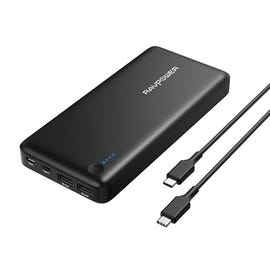 The Xiaomi, ZTE Nubia and the Sony Xperia devices also use QC 4.0, but they aren't sold in the US market. Huawei's phones utilize Kirin 970/980/990 chips, which use its own Supercharge standard, but they are backward-compatible with the 18W USB PD standard. Similarly, Oppo's phones have SuperVOOC, and OnePlus uses Warp Charge, and issue its compatible charger accessories if you want to take advantage of higher wattage (30W/40W/100W) charge rates.

Like USB PD, QC 3.0 and QC 4.0 are variable voltage technologies and will intelligently ramp up your device for optimal charging speeds and safety. However, Quick Charge 3.0 and 4.0 differ from USB PD in that it has some additional features for thermal management and voltage stepping with the current-generation Qualcomm Snapdragon SoCs to optimize for reduced heat footprint while charging.

It also uses a different variable voltage selection and negotiation protocol than USB PD, which Qualcomm advertises as better/safer for its own SoCs.

And for devices that use Qualcomm's current chipsets, Quick Charge 4.0 is about 25% faster than Quick Charge 3.0. The company advertises five hours of usage time on the device for five minutes of charge time.

Qualcomm's technology and ICs have to be licensed at considerable additional expense to the OEMs, whereas USB PD is an open standard.

If you compound this with Google recommending OEMs conform to USB PD over Quick Charge for Android-based products, it sounds like USB PD is the way to go, right?

Which battery should you buy?

Now that you understand the fundamental charging technologies, which battery should you buy? When the first version of this article released in 2018, the product selection on the market was much more limited -- there are now dozens of vendors currently manufacturing USB PD products. Still, ZDNet recommends the following brands and models:

Anker: One of the largest Chinese manufacturers of Apple-certified accessories

ZMI: Accessories ODM for Xiaomi and one of China's largest smartphone manufacturers

Otter Products: Known for its OtterBox rugged cases for iPhone and Android devices; now in the premium accessories market

Which wall/desktop charger should you buy?

As with the batteries, there are many vendors providing USB PD wall charging accessories. Gallium Nitride (GaN) technology, in particular, is something you should seriously consider in a wall charger if you are looking for maximum space efficiency in your travel bag and power output. ZDNet recommends the following brands and products:

Join Discussion for: USB Power Delivery is the fastest way to...