Virgin Hyperloop One sets a speed record and lands $50m in financing.
Written by Liam Tung, Contributor on Dec. 19, 2017 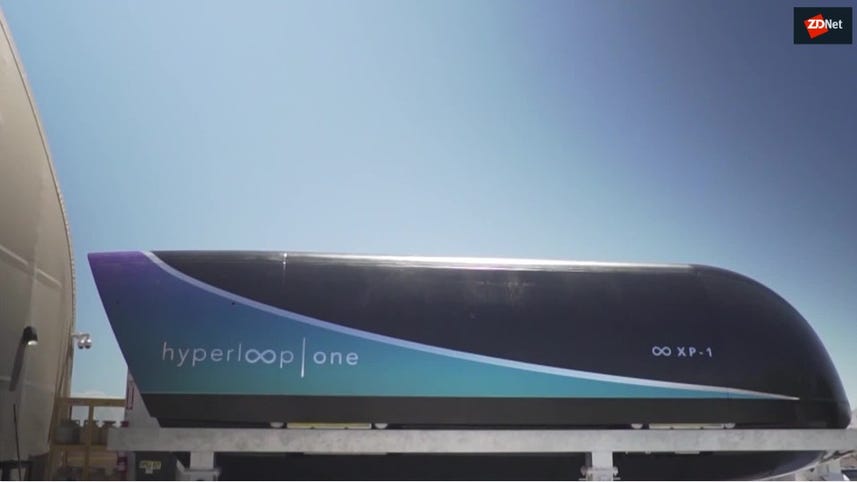 Virgin Hyperloop One has inched closer to its vision of a tube-based transport system that can move people at 700mph.

The new speed record is still nowhere near the 700mph system Elon Musk described in his 2013 whitepaper, but faster than 220mph Musk's own 'pod push' achieved over the summer.

The company today also announced a new $50m round in funding to keep its futuristic transport ambitions afloat and the appointment of Richard Branson as non-executive chairman.

Hyperloop One rebranded as Virgin Hyperloop One in October after Virgin Group invested in the firm and Branson joined its board of directors. The new funding comes from existing investors Caspian Venture Capital and DP World.

The new test run was completed on December 15 alongside tests of a range of new components, including a new airlock system that helps it achieve air pressure equivalent to 200,000 feet above sea level.

The combination of a near-vacuum tube combined with magnetic levitation is designed to minimize friction.

Virgin Hyperloop One says that with the new funding and latest test it is ready to move on to commercialization.

"We continue to see extremely strong interest from world leaders globally looking to embrace hyperloop to address critical infrastructure challenges. Our focus in 2018 will be on accelerating commercial agreements for both passenger and cargo projects," said Virgin Hyperloop One CEO Rob Lloyd.

The company has received interest in the concept from Europe and India but it remains to be seen whether it's a commercially viable technology.

The startup will be rebranded as Virgin Hyperloop One and Virgin founder Richard Branson will be joining the board.