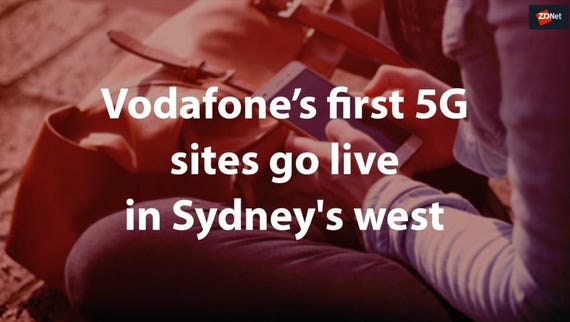 Vodafone Australia has teamed up with Nokia to conduct what the pair are calling the first field test of 700Mhz spectrum in Australia and APAC.

Much like its previous tests with 5G, Vodafone is conducting the test at Parramatta.

Nokia said the use of low-band spectrum and its AirScale equipment would improve indoor coverage and will be combined with the telco's 3.5GHz holdings.

"We are proud to be showcasing this innovative use of the lowest band spectrum available in Australia with the first live test deployment of 5G on low-band 700Mhz spectrum in our region," Vodafone Australia CEO Iñaki Berroeta said.

700Mhz spectrum in Australia has previously been used for 4G networks.

At the end of last year, Vodafone Hutchison Australia announced it would go with Nokia to supply 5G equipment after its prior equipment vendor, Huawei, was banned from being used in 5G networks by the Australian government.

In early March, the telco switched on its 5G network at Parramatta. At the same, Vodafone Australia said it expected 650 sites in other parts of Sydney, Melbourne, Brisbane, Adelaide, Perth, and Canberra, would be live from mid-2020.

Vodafone received a tick of approval from US authorities for its plan to merge with TPG, which was approved by the Federal Court of Australia a month prior.

US approval was needed as one of TPG's subsea cables passes through the US territory of Guam.