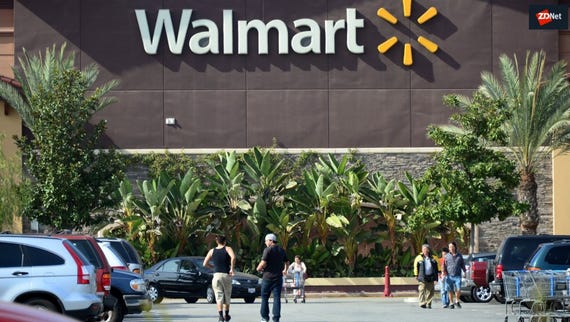 Walmart is set to put a bunch of floor scrubbing robots to work in its stores by the end of Jan 2019. It's another foray into automation for the brick-and-mortar megastore, which has been deploying cutting edge automation and AI solutions in a bid to lean its operations and cut into Amazon's efficiency edge.

The automated floor scrubbers are powered by an OS built by Brain Corp., a San Diego-based company that's been finding lucrative automation contracts with the likes of SoftBank and others.

Brain Corp.'s BrainOS maps routes via demonstration. Walmart associates walk the floor guiding the scrubbing robots along a quick demonstration route. From then on, Brain Corp's AI kicks in and the robot scans the area that needs to be cleaned while watching out for people or new obstacles via onboard sensors.

iRobot has built an empire off of floor cleaning robots. In the last couple years, several companies have been vying for the lucrative commercial cleaning space. Office buildings and commercial environments have the advantage of predictable, unchanging floor plans and defined hours, making commercial cleaning a ripe area for automation.

Walmart has experimented with other automation and AI solutions of late. The retailer currently has robots from hardware company Bossa Nova scanning its shelves and aggregating customer activity in select retail stores.

It's an attempt by Walmart to cut into Amazon's efficiency lead. The likely outcome will be a quick uptick in the number of robots consumers will see in the wild.

Join Discussion for: Walmart leads the way... in floor scrubbing...