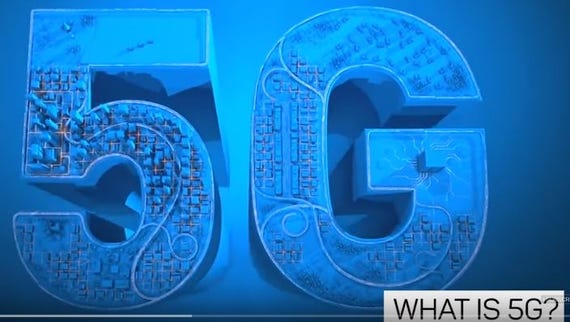 The US risks being left behind in the battle to deploy 5G, with China viewed as the number one player in the field, the US Department of Defense has warned.

A new report on the risks and opportunities presented by the introduction of 5G networks by the Defense Innovation Board – an arms-length consultation panel of the US Department of Defense focusing on technology and innovation – suggests "China has taken the lead in 5G development through a series of aggressive investment and spectrum-allocation initiatives".

Not only is China is thought to have around 350,000 5G-operable base stations deployed – nearly ten times as many as are deployed across the US – the report says that China is in a good position to promote its 5G technology around the world.

Large Chinese technology manufacturers including Huawei and ZTE are also pushing commercial sales of 5G-enabling equipment and consumer devices, with Huawei in particular rapidly expanding its reach in this area: the report says that the Chinese company has already shipped upwards of 10,000 base stations overseas.

In addition to this, Chinese firms are offering their services to help build individual countries' 5G networks across Europe – despite pressure from American officials demanding that their European allies block Chinese companies, as the US itself has done so already. Huawei and ZTE are again noted by the report to be the most prolific operators in this space.

China is also investing a lot of time and resources into its Belt and Road Initiative – a global trade project which looks to link China to other parts of the world with ports, transport, tunnels and Chinese-built network infrastructure.

Italy recently announced its support for the initiative, becoming the first G7 country to do so – in what's likely to be a worrying sign for the US. The report notes that Huawei and ZTE technology is also behind the network infrastructure being deployed as part of the project.

China's determination to push its 5G technology has resulted in Huawei alone holding responsibility for 28 percent of the global telecommunications market, with the Defense Innovation Board noting that's risen by four percent in just a year – and that it won't be slowing down anytime soon.

"Huawei is expected to continue growing that share as more 5G networks are rolled out relying on Chinese telecommunications equipment. These efforts will allow China to promote its preferred standards and specifications for 5G networks and will shape the global 5G product market going forward," reads the report.

"In light of China's slowing growth and its ongoing trade war with the United States, the [Chinese Communist Party] likely feels pressured to pursue technological advancement initiatives like 5G more aggressively," it adds.

Join Discussion for: We could lose the 5G race to China, warns...