5G use cases for the enterprise: Better productivity and new business models 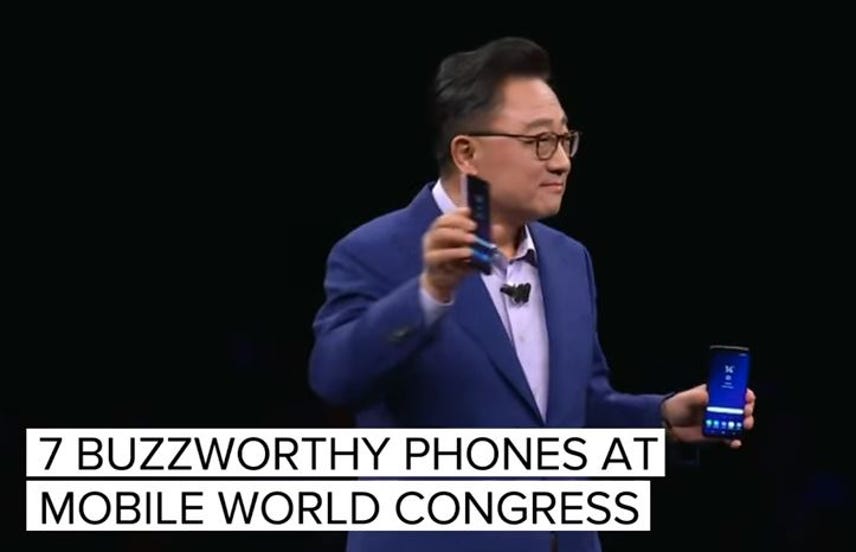 At Mobile World Congress (MWC) firms in industries ranging from automotives, to manufacturing to entertainment have been showcasing how connected devices powered by 5G could bring exciting new things to their customers across the world.

Away from some of the more outlandish ideas — such as a 5G-connected helicopter taxi that's seen on the show floor — there has been a lot of focus on the potential for businesses to benefit from 5G. And while enterprises are still sceptical about the impact of 5G and still uncertain of the business case around the nascent telecoms standard, tech vendors argue there is a solid argument that 5G will be good for business.

People already use their smartphones in their work, but with the aid of 5G, the productivity of a mobile device will grow exponentially, said Cristiano R Amon, president of chip maker Qualcomm, whose processors will feature in many 5G devices.

With 5G potentially allowing much faster download speeds and lower latency for users, he argued that a smartphone will have the same — if not better — potential for productivity as a PC.

"With 5G, if you want to run something that requires a lot of processing power that's traditionally only on PCs, you'll be able to run that using the edge capability of the operator on 5G. So all of a sudden, your smartphone starts to become a more powerful platform for productivity," Amon said.

Qualcomm's enthusiasm for 5G was unsurprisingly echoed by Huawei.

"With a super-fast connection and with low latency, we could put a lot of things, heavy things in the cloud — in our hand," said Li Changzhu, VP of the handset product line at Huawei.

The Chinese telecommunications company has used MWC to showcase its brand new Huawei Mate X foldable 5G smartphone. With a large fold-out screen and 5G connectivity, Huawei is positioning it at least in part as an enterprise productivity device.

Changzhu also pushed the potential of 5G as a force for good, detailing a recent trial which saw a doctor use 5G technology to remotely conduct real-time, successful surgery on an animal by controlling a robot situated in another hospital 30km away.

The benefits of 5G to the enterprise, to healthcare and other industries has been much discussed — but there's also the potential for the technology to bring benefits that haven't even been thought about or considered yet, said Marc Allera, CEO of telecoms company EE — and he used some examples of companies that have experienced massive growth by taking advantage of the last big shift in networking technology.

"We saw this transition with 3G to 4G. That created the Ubers of this world, the explosion of Facebook and Instagram, the creation of Netflix from being a DVD rental company to what it is today — that was fuelled by faster, better mobile networks," he said.

"The really exciting thing, as we're building up these amazing new networks that are faster and more reliable with lower latency, is what are these applications of the future? What are the exciting things new businesses are creating, the application services being created?" he said.

For Qualcomm's Amon, 5G offers the potential for a real change — he even likened its arrival to the invention of electricity.

"As 5G grows, we're going to have a technology platform which just becomes part of everything in society. That's why we make the comparison to electricity: you're just going to assume it's there, that you're going to be the connected to the internet," he said. "There's going to be a lot of new applications and services."

CXO
Working in the VR: Fewer distractions, but not great for productivity, says study