Wearable electronic devices for fitness have been selling in their millions for years but it's the smart-garment category that's really about to flare up.

In fact, smart garments will outstrip all other types of wearable fitness-tracking gadgets in terms of growth, going from nowhere to become the single largest category in 2016, according to new projections from analyst firm Gartner.

That growth in sports clothes technology will also spill into new areas, such as healthcare and industry, potentially raising more questions about access to personal data and the privacy of the individual.

Wearable tech, from Google Glass to Fitbit, Jawbone and other devices, is garnering plenty of attention. Here’s what lies ahead for the industry.

At the moment, the technology is most commonly found in compression shirts aimed at athletes. These shirts have sensors woven into their fabric and a transmitter module typically positioned in the middle of the chest, at the back of the neck or in a side pocket. The transmitter relays the data to a smartphone connected via Bluetooth.

Such shirts have started to appear from a handful of suppliers, such as Adidas with its miCoach and Under Armour's E39 Compression Shirt. But other clothes manufacturers are trying to expand their brands and attract new types of consumers, leading to experiments with sensors integrated into coats, jackets and underwear.

"Smart garments is the newest market out there. In 2014 there really are very few of these on the market. They're more like betas, the few that are actually being sold. But that's why we see such large growth," Gartner research director Angela McIntyre said.

"We'll see the target markets for these types of smart garments change from being mostly athletes and people doing sports to include people in their everyday lives and the clothing they wear."

Heart-rate monitoring will remain a primary use driving demand but its application outside sport is set to increase. 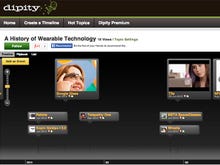 "There are people who are interested in their heart rate for health reasons. There are a lot of folks though who are concerned about their stress level," McIntyre said.

"They want to get insight into their emotions during the day and help with ways to get biofeedback. You perhaps need to modify what you're doing or understand if you're feeling tense so you can turn that around. So heart-rate monitoring is important for health reasons but also for stress and happiness."

Other uses for smart garments lie in providing information about the environment.

"Particularly in big cities where pollution is an issue, you can have a monitor on your external clothing to let you know if you're in an area where there might be chemicals in the air or heavy pollutants that are above a certain level," she said.

"That same type of sensor could be used for older people in the home. You put it in a sock or in a slipper to see how a person's balance is as they walk to see if they're at risk of a fall or have had a fall. They also have an accelerometer in these products that can detect a fall," she said.

Where the technology could take hold outside its present sporting application is with first responders — people with jobs that put them in danger such as police, rescue personnel or fire-fighters.

"Also miners. They're deep down and if they start to have a problem it would be good for someone to know early on. It's just about keeping people safe in various types of jobs, even remote workers, people who are doing construction or inspection when they might be by themselves or with one other person and a long way from medical care," McIntyre said.

After about 2018 smart garments could start to find more medical uses, but the regulatory approval process for such applications is likely to be lengthy.

McIntyre said the spread of this technology wll raise privacy issues over rights to access data generated by millions of items of clothing.

"The companies producing the shirts and providing the online accounts for tracking that data will have access to it and they — as companies do with our credit-card statements and other types of personal data — will be able to sell or barter this information on to insurance companies or healthcare providers and marketers as well as employers," she said.

"People will perhaps feel they will need to gain more control over where their data goes and be very cognizant of who's getting access to seeing that data and make choices among providers based on the privacy of that data or their ability to control who it's sent to."

Join Discussion for: Wearables? Bet your shirt on it: Smart garments...