Ad-blockers are controversial, but are just as much a fact of life as ads are.

But now some sites are preventing users with active ad-blockers from accessing their content -- a controversial practice not least because of the security implications, but also as it falls foul of privacy laws for an entire continent.

Elephant in the room: ads keep websites free for everyone to access, but they also keep writers and content creators in business because ads are the driving force behind our wages. (Sites like ZDNet and sister-site CNET are both ad-driven communities, for example.)

But these users have long been accused of taking online content for free without giving anything back.

When the ads go, there's no way for the site to make money.

Enough was enough for some sites, including Forbes and Wired, which are on-and-off experimenting with not letting people through the door until they turn off or disable their ad-blockers.

Suffice to say, it's been some time since I've been to Forbes.

Millions use ad-blockers to scrub pages of flashy, garish, and memory-consuming ads for aesthetic reasons. But ad-blockers are a vital defense in preventing malware and ransomware -- yes, ads can serve up malware, and more often than you think.

So cue the "surprise reaction" when some Forbes readers complied and turned off their ad-blocker, only to be immediately served a stream of malware-ridden ads that were designed to trick users into installing what they think is legitimate software. 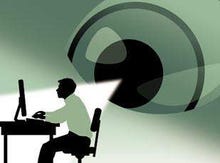 Thought it was a one-off? A few weeks later, almost exactly the same thing happened with the BBC, The New York Times, and AOL sites.

These kinds of deceptive ads have become so much of a problem, Google is now warning users when a website is found to serving malicious ads.

Anti-ad blocking techniques are controversial. But they might not last that long, if Europe has anything to do with it.

According to a letter sent by the European Commission to privacy campaigner Alexander Hanff, who later posted it on Twitter, the browser scripts that detect ad-blocker plugins need permission to run before they can act. That's because of a 2011 cookie law, which mandates that websites ask for consent before they put tracking cookies on your computer.

That's bad news for anti-ad blockers in Europe, but means little to the rest of us.

News readers bring nothing but the power of their click. And the handful of sites that continue to push profits over the security of their readers don't deserve the clicks in the first place.