The combination of sensors, apps, and cloud computing will mean your smartphone could run your life for you within the next four years — if you trust it enough.

Smartphones will soon be able to predict a consumer's next move, forecast an upcoming purchase or interpret actions based on what devices know about their owners' behaviour, according to analyst Gartner. 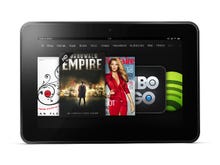 The combination of cloud-stored data, handsets' onboard sensors and cloud processing power will give smartphones the ability to make sense of the information they pick up from being our constant companions, giving them the appearance of greater intelligence.

As a result your smartphone "will be smarter than you by 2017", Gartner research vice president Carolina Milanesi predicts. For example, she said, your phone might spot that there is heavy traffic on your route to work and set your alarm earlier so you don't miss an important meeting; or if the meeting isn't important enough, leave the alarm where it is, and send an apology on your behalf.

Smartphones will gather contextual information from the calendar, its sensors, the user's location and personal data, according to Milanesi: "We assume that apps will acquire knowledge over time and get better with improved predictions of what users need and want, with data collection and response happening in real-time," she said in a statement.

Smartphones already contain digital personal assistants, with Apple's Siri and Google Now being the best known. And while such systems can answer questions or set up appointments for their user, their capabilities are quite limited and they don't have insight into a user's broader behaviour, and are regarded as little more than a novelty by many users.

But more powerful personal assistants are in the works: IBM has showed interest in turning Watson, its Jeopardy-winning cognitive computing system, into a supercharged personal assistant. Meanwhile Cortana, Microsoft's in-development assistant technology, will be able to learn and adapt, relying on machine-learning technology and the 'Satori' knowledge repository powering Bing. If Gartner is right, digital personal assistants like these could soon be playing a much bigger role in our lives.

Gartner predicts that the first jobs which will be performed automatically will be those tedious but necessary tasks such as booking a car for its yearly service, creating a weekly to-do list, sending birthday greetings, or responding to mundane email messages (although few friends and family would be pleased to find out their birthday greeting had been sent by an automatic service rather than a person).

"Over the next five years, the data that is available about us, our likes and dislikes, our environment and relationships will be used by our devices to grow their relevance and ultimately improve our life," Milanesi said.

But how much consumers trust these devices and services with our information will determine how effective they are, she said: "Phones will become our secret digital agent, but only if we are willing to provide the information they require."

Not all consumers will be willing to outsource this decision making or hand over quite so much information about themselves , but Gartner said privacy will be an issue for some consumers, for many it will only be an issue if they do not get enough in return for their personal data. "Consumers tend to give up a lot for convenience. The benefit of certain apps might instigate behaviours that were unthinkable yesterday," it said. 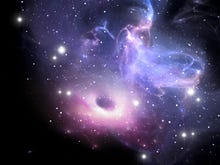 Indeed, smartphones are already recording all of this data, it's just stored in various unconnected silos: giving digital personal assistants the authority to make decisions might for many consumers merely represent a better rate of exchange for their data than they are getting today.

For smartphone vendors this shift means more emphasis on building an ecosystem of services and apps — while hardware becomes a commodity the real battle will be for control of the customer data in the cloud.

With the move into a cognisant computing world, the battle to own the consumer will intensify as vendors will try and control the data in the cloud, and through that the relationship with the users. And vendors will still be blamed when the hardware goes wrong: "Hardware vendors will unlikely be credited with the good, but surely be blamed about the ugly when the device fails to deliver. The device will be seen as dumb rather than the malfunctioning of the real brain: the cloud."

On the plus side vendors are likely to find new revenues from the growing knowledge they have of their customers —  finetuning of offers to personal and highly relevant which should lead to an increase in spend.

Gartner noted the mobile commerce opportunities are vast as the smartphone is empowered to make purchases via the consumer's mobile wallet or credit card, all via their mobile phone.

"It is about having the right rules and permissions in place set by the user so that only actions that are pre-approved will happen — rather than the smartphone making 'rogue' purchasing decisions,"  Milanesi noted.