Business is booming for manufacturers of autonomous platforms that shuttle parts and merchandise around warehouses.
Written by Greg Nichols, Contributing Writer on Jan. 18, 2018 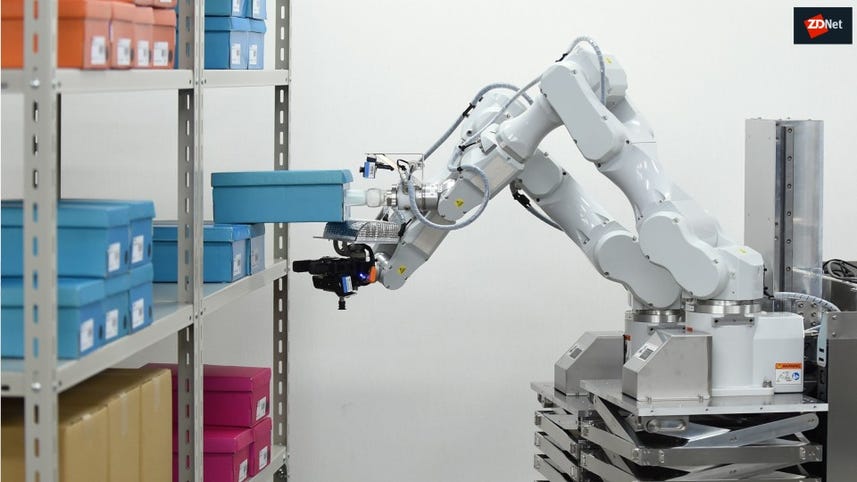 Danish company Mobile Industrial Robots (MiR) recently announced that it tripled revenue from its autonomous mobile robots in 2017, with 25 percent of sales in the US.

That's off a 500-percent sales jump between 2015 and 2016, and further proof of the pace of adoption of automation across several industries MiR serves.

Business is clearly booming for manufacturers of autonomous platforms that shuttle parts and merchandise around warehouses, factories, and manufacturing plants. As part of the race to automate, companies managing previously dumb facilities are looking to add bolt-on automation solutions that don't require major retrofits.

There's huge demand for systems that can accommodate that need, and companies like MiR, along with Fetch Robotics and Locus Robotics, which serve the fulfillment and retail sectors, are seeing explosive growth.

MiR is an interesting case study because its shines a light from abroad on the red-hot growth of automation in North America in particular. A full quarter of the Danish company's sales came in North America.

MiR established its first international office in New York in 2016, and it will open a San Diego, Calif., office in 2018 to support West Coast distributors and customers. Planned hires in 2018 will more than double the number of US employees.

Compellingly, the company suspects that the real wave of mobile robot adoption is yet to arrive.

"While the market for mobile robots is still at an early stage," said MiR CEO Thomas Visti recently, "it is expected to explode in the next one to two years as more companies discover the possibilities of using mobile robots to automate internal transport."

Visti's company seems to be well-positioned as that wave continues to crest.