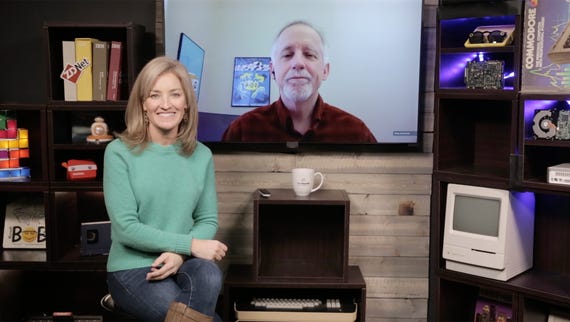 What to expect from Windows 10 version 2004
Watch Now

It's early 2020, and Microsoft is about to release... Windows 10 version 2004? No, that's not a typo, and no, we have not passed through some weird time warp to the previous decade.

Anyway, the Windows 10 May 2020 Update, version 2004, build 19041.208, is now available for developers to download, after a lengthy Windows Insider Program test cycle, as my colleague Mary Jo Foley reports. (See "Microsoft kicks off its Windows 10 May 2020 update rollout with its release to developers.") The final release should be available to the general public by the end of May.

Confusing names aside, this feature update has a lot to recommend it. Under the new Windows Update rules, version 2004 is optional on a PC that's already running either of the 2019 feature updates. (For details, see "When will you get the next version of Windows 10? Here's how to take control.")

Version 2004, formerly known as version 20H1, has been available in a preview release for a long, long time -- more than a full year, in fact. It's been feature complete since Dec. 10, 2019. You'll be able to install the public release from Windows Update when it's offered to your PC, or you can go to the Download Windows 10 page, where it will shortly replace the November 2019 Update. The official documentation should lose the preview tag shortly as well.

Note that some of the features Microsoft listed in that document as coming in the version 2004 feature update are already here, at least based on my tests with a PC running Windows 10 version 1909. That list includes new features in the Calculator app, including an Always on Top option, as well as big changes in the Your Phone app (with the biggest changes available for owners of Android phones).

Updates to version 1909 also preview substantial changes to Cortana, separating it completely from Windows Search. You can see other changes to Windows Search in the File Explorer search box, and Microsoft says it has fine-tuned disk usage by the Windows Search indexer to deal with longstanding complaints that the indexer can be too aggressive.

The final preview release also includes a new line under the Windows Specifications setting on the System > About page. There, beneath the OS Build number, you'll find revision information for the new Windows Feature Experience Pack. More on that later.

Here's my summary of the remaining changes, based on hands-on testing with near-final preview releases. I'll update this post after installing the public release, if I see any significant differences.

Windows 10 users finally get an option that Mac users have had for years. Beginning with version 2004, the Reset This PC feature includes an option to download setup files from the cloud instead of using the local installation files. On systems with fast internet connections, this option should make the reset process quicker and cleaner.

On devices that include Windows Hello biometric authentication (facial recognition or fingerprint) with Microsoft accounts, administrators can remove the option to sign in with a password and allow signing in only with the biometric feature or a Windows Hello PIN. (Note that a PIN can be longer than four characters and can include letters and symbols as well as numbers, making it effectively a local password that is never shared over the network.)

That Windows Hello PIN is also now usable in Safe Mode. On a device that has been configured with a PIN for the primary administrator's account, you can use that PIN instead of the password to sign in after restarting in Safe Mode.

For years, Windows and Linux were mortal enemies, but those days are long gone. If you need proof, check out the release of Windows Subsystem for Linux 2 (WSL2), which incorporates a major architecture change. The Linux subsystem now runs in a lightweight virtual machine, completely and transparently managed by Windows.

This release was first made available to Windows Insiders in June 2019, and it's been steadily updated through many preview releases since then. For an overview of WSL 2 and what's changed since WSL1, see the initial WSL2 announcement. For a detailed changelog covering Insider preview releases, see the "Release Notes for Windows Subsystem for Linux."

Another new virtualization-based feature in version 2004 is an extension of the Windows Sandbox feature that made its debut in version 1903. Windows Sandbox is a simple virtual machine that allows you to test software in a safe environment, isolated from your working environment. Beginning with version 2004, anyone who wants to fine-tune that default environment can do so by adding configuration files. On a test system, I successfully tweaked Windows Sandbox to use 8 GB of memory instead of the default 4 GB.

For more details about how to use these XML-based files, see the Windows Sandbox documentation, which includes this helpful schematic showing what you can configure.

For the rest of us

If you're not a full-time administrator or developer, there's still a long list of changes you'll notice after installing version 2004.

If you use the Virtual Desktops feature, for example, you're no longer stuck with the system-issued names for those arrangements of windows. Instead, you can change the dull defaults, Desktop 1, Desktop 2, and so on, to more meaningful names. Press Windows key + Tab, then click New Desktop, and click the label above the desktop's thumbnail to change the name.

In Task Manager, you can now see the GPU temperature for discrete graphics cards without having to install a third-party utility. Likewise, the Performance tab now shows the disk type (SSD, USB, and so on) for storage devices.

This version continues the refinement of the new Settings page, with a new Home page for users who sign in with a Microsoft account, as well as a reworked Network Status page that consolidates information such as IP address and data usage into a single location instead of multiple subpages.

The new version also extends the option to automatically restore open apps after a restart. That capability, previously available only for desktop apps like those in Microsoft Office, is now available for UWP apps such as Mail and Calendar.

Finally, there's a new tablet experience for convertible PCs. I haven't had an opportunity to spend much time with this one but will be doing so over the next few weeks.

Based on Microsoft's previous release schedules, the staged rollout of version 2004 should take several months via Windows Update, although anyone can force the update by using the Microsoft Assistant or downloading the version 2004 setup files and running them manually.

If you're not yet ready for this version, just ignore that optional update.

Join Discussion for: Next for Windows 10: What to expect from...