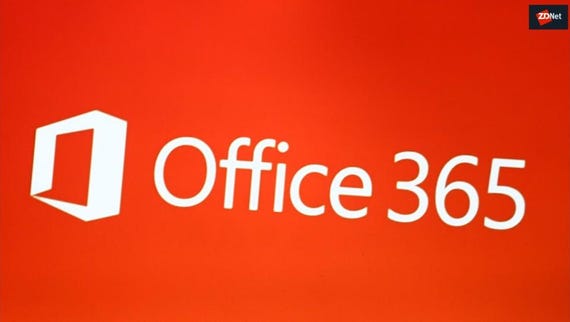 Is a Microsoft 365 consumer subscription bundle ready to hit the market?
Watch Now

Once again, a job listing on a public website has accidentally given away details of an unannounced product Microsoft is developing. My colleague Mary Jo Foley had the details last week in her post,  Microsoft is readying a consumer Microsoft 365 subscription bundle .

This development shouldn't be surprising. As I noted at the beginning of 2018, Microsoft has been actively looking for ways to milk more revenue profit out of its Windows cash cow . PC sales are down, and Windows OEM licensing revenue is flat, so the monetization opportunities have to come from somewhere.

For its corporate customers, Microsoft 365 is a way to sell a Windows + Office licensing bundle that includes an Office 365 Business or Enterprise subscription, a Windows 10 Pro or Enterprise upgrade license (from Windows 7. 8, or 8.1 Pro), and a bunch of centrally administered security and management tools.

Also: Microsoft Office 365 for business: Everything you need to know

The idea, as this comparison chart makes clear, is to convince business buyers to pay a few bucks extra per month as an add-on to the Office 365 subscription they were already going to buy.


For big companies that are used to buying packages of licenses, this is arguably a good deal, or at least one worth considering relative to the cost and headache of acquiring and managing those licenses individually. But that sort of bundle is a much tougher sell for consumers. What does Microsoft have to do to convince customers who are already paying $100 a year for an Office 365 Home subscription to pay another $50 or more?

I assume that a Microsoft 365 for Consumers package will be aimed at families and very small businesses that already see the value of an Office subscription and don't have professional IT support. Here's what it might include.

There's no need to reinvent this wheel. The $100-a-year Office 365 Home subscription (or some variant thereof) should be the cornerstone of this bundle. It includes the Office desktop apps, full rights for Office mobile apps, a terabyte of OneDrive storage, and the right to share the subscription with up to four other people (typically family members).

Most consumer PCs are sold with Windows 10 Home, and most consumers are understandably reluctant to spend $99 per PC to upgrade to Windows 10 Pro. So why not offer that upgrade right as part of the Microsoft 365 package? It could work the same way as a Windows 10 Enterprise E3 or E5 subscription, which allows a subscriber to upgrade from Pro to Enterprise on up to five devices when signed in with that account. To avoid cannibalizing stand-alone Pro licenses, this upgrade could be sold without Domain Join rights.

Also: How to modify the Microsoft Windows 10 update process to suit your timetable TechRepublic

The two biggest advantages of the Pro upgrade I describe are full BitLocker Device Encryption and, crucially, the ability to manage Windows 10 updates. It would also allow a Windows 10 device running in S mode to convert to standard mode and run desktop apps. That option is free today, but I suspect at some point in the future it will be a paid upgrade.

The just-announced Windows Sandbox feature , a lightweight virtual machine that allow users to run potentially suspicious software in isolation, would be an obvious perk to include as part of this offering. It might also be possible to create a simplified dashboard for monitoring PCs in a family or small, unmanaged business, using the same basic tools that are found in Windows Defender Advanced.

This one comes out of left field, but I'd love to see it added. Microsoft has had various versions of this service through the years, including Windows Live Domains and, more recently, Outlook.com Premium. Currently, the only way for a small business or a family to attach a vanity domain to their email is to buy a full Office 365 Business subscription. The package could also include ad-free email in browser windows and full support for the Outlook mobile app.

Microsoft throws in some Skype minutes as part of its Office 365 Home subscriptions. I would love to see Microsoft Teams adapted for use by families and small businesses, as well as a family calendaring app and easier options for sharing files and photos.

Also: Microsoft Teams is killing it in the business chat market

Would that be enough for you to upgrade an Office 365 subscription? What else would you like to see in the package? Click my name at the top of this post and use the contact form to let me know what else in on your wish list.


If Microsoft wants to treat Windows 10 as a service, it has a responsibility to its customers to provide accurate information about problems with that service. Over the last month, the company has failed miserably in that regard.

Microsoft released the Windows 10 October 2018 Update on October 2, then pulled it days later. Will it happen again?

Join Discussion for: What will you get with a Microsoft 365 consumer...