In 1989, after working for NASA and Department of Defense contractors in the DC area as a "Beltway Bandit," I decided to make my way as a freelance technology journalist and put together my first home office. Since I'm still doing it, I must have got something right.

Now that it's become all too clear that many of you will be joining in working from home for the long haul, here are my thoughts on equipment to consider to make the most of your home office. We'll do this by taking a tour of my home office, the gear I'm using, and the equipment I wish I was using. Yes, just like you, I can't buy the latest and greatest every year. In fact, I'm still running PCs as servers that are well over 10 years old. But I also focus on what you can buy now.

I've worked in crowded press rooms cheek to jowl with my fellow journalists, and I've worked on one corner of a friend's kitchen table. You do what you must, but if you can you have a dedicated space for your office, that's ideal. In my case, my home office has about 300 square feet. That's overkill for most of you, but if you can set aside a room to call your own for work, do so. 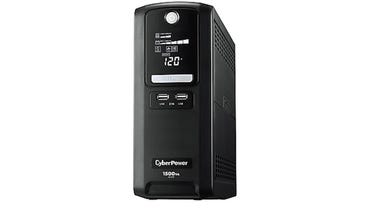 No one ever got excited about buying an Uninterruptible Power Supply (UPS), but they are essential. Let me repeat: Essential. Without one, and the surge protectors that go with them, you're one lightning strike away from all your expensive gear going up in smoke. Even if you don't get a dramatic disaster, just having your power go out just as you're about to save your "Must Do" spreadsheet is more than bad enough.

You don't have to get my CyberPower 1500 UPSs, but you must get a UPS. You can still get a bigger UPS, but I don't like to put more than four PCs and their associated gear on a single UPS. 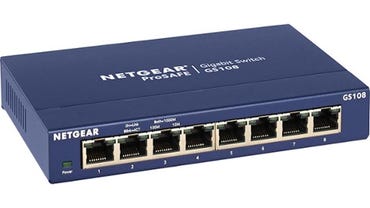 I think networking's exciting, but I know most of you could care less. So long, as your network is getting you to the office servers during the day and Netflix at night, life's good. But, to make sure you stay connected, you need to get brand-name equipment.

You should also get the fastest possible internet connection. Now that we've moved our business meeting from the conference room down the hall to Zoom, you're going to need all the speed you can get.

To bring that speed into your house, I use several different methods. First, for security, privacy, and maximum bandwidth, you can't beat Gigabit Ethernet. For small offices/home offices (SOHO), I rely on network switches from D-Link, Linksys, and Netgear. For smaller networks, I use a NETGEAR 8-Port Gigabit Ethernet Unmanaged Switch (GS108). 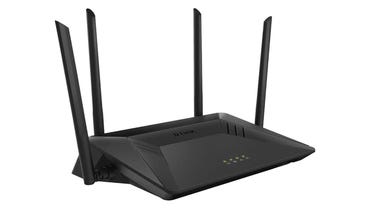 For WI-Fi, I've used a variety of wireless routers over the years. Today, my first pick for home office workers on a budget is the D-Link AC1750 Wi-Fi router. 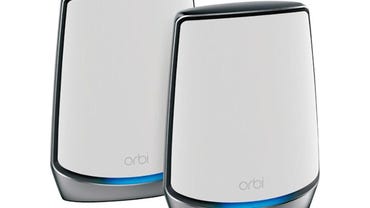 If you're like me and have a bigger house, you'll want to go with mesh networking. It's just the easiest way to cover a large area. Because I need every bit of bandwidth I can get, I paid the money for the Netgear Orbi Whole Home Tri-Band Mesh Wi=Fi 6 System. For me, it was money well spent. 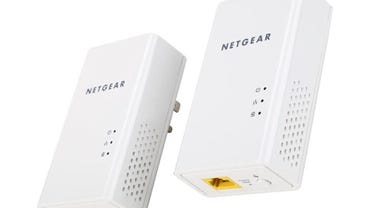 I have two houses. In my newer one, I connect my network across floors using powerline networking. With this technology, you're using your home's electrical writing in place of wired Ethernet. I've used many versions of this technology because it's constantly improving. Currently, I'm using Netgear Powerline 1200s to run gigabit from my downstairs office to my upstairs home theater. 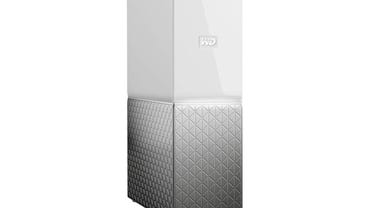 Besides my work, which at this point takes up hundreds of gigabytes of storage, I transcode a lot of videos so I can stream TV shows and movies from my Plex media server. Thanks to my 30s through 50s film noir and screwball comedy movie collection I use up terabytes of storage. Maybe you don't share my love for the movies of Barbara Stanwick, Lizabeth Scott, and Veronica Lake, but we do have one thing in common: We both must back up our work.

To do that, I rely on Network-Attached Storage (NAS) devices. My first choice is the: Western Digital My Cloud.

And, by the way, when I said, you must back up your work, I meant it. If you have work stored at home, I guarantee that, if you don't back up, you will lose it just when you need it the most.

I also use older computers as servers for this. That Windows PC in the closet, which could never run Windows 10, may be just what you need for free NAS. Just add an easy to use Linux distro, such as Linux Mint, and run Nextcloud on it for easy access from all your devices, and you're ready to go. 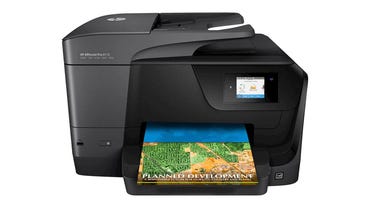 Every time I think I'm finally at a point where I won't need a printer anymore, I'm proven wrong. If anything I've been using my printer more since the pandemic began that I did in the year before.

I also found that I was using its built-in scanner constantly as well. I expect you're in the same boat. We may never get to a paperless office. That being the case, I use ana HP OfficeJet Pro 8610. Unfortunately, it's no longer available. So, if I had to replace it today I'd get an HP M9L66A Officejet Pro 8710 All-In-One printer.

Two or more computers on one desk? Consider a KVM. 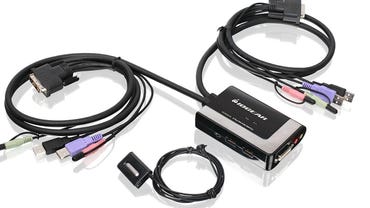 In 2020, I currently have 20 working machines. Why so many? Because I'm constantly evaluating different operating systems, programs, and PC peripherals. You don't need anything like that many.

If you do have numerous PCs, though, I highly recommend you get a KVM switch. These enable you to use one keyboard and monitor with two or more computers. I use these all the time. While there are many high-end KVMs, I find for most purposes IOGear's reasonably priced KVM switches such as the 2-Port USB DVI Cable KVM Switch are great. 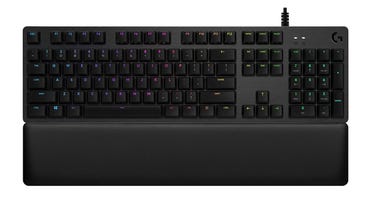 One thing you do need though is a desktop PC. Yes, I know you have a perfectly good laptop. But, here's the thing: If you work a lot for months on end on a laptop, your hands and arm will -- not may, will -- suffer from a repetitive strain injury (RSI). Trust me on this, thanks to my years of pounding on keyboards, I've had every kind of RSI. You do not want radial tunnel syndrome, carpal tunnel syndrome, or ulnar nerve damage. Been there, hurt that, hated it.

To go along with that, you need a comfortable keyboard. For me, that means one with mechanical keys with a solid-click feeling. I found my perfect keyboard in 1994: Creative Vision Technologies' Avant Stellar. Sixteen years and over a million words later, I'm still using it.

While you can still find them if you look hard enough on eBay, I also recommend the newer Logitech G513 RGB Backlit Mechanical Gaming Keyboard. 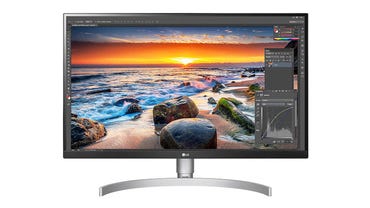 When it comes to displays, I believe bigger is better, which is why I recently bought an LG 27UL850-W 27-inch UHD monitor. 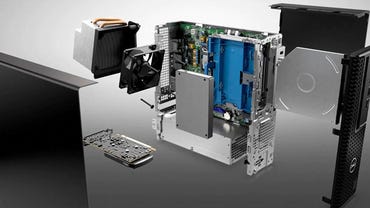 Moving on to the computers themselves, generally speaking, I believe in getting the fastest possible processor with the most memory and storage These days, I'd start my shopping with systems using i5 processors with 16GBs of RAM with at least a 256GB Solid-State Drive (SSD) or a 7,200 RPM hard drive. 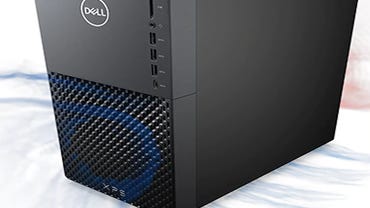 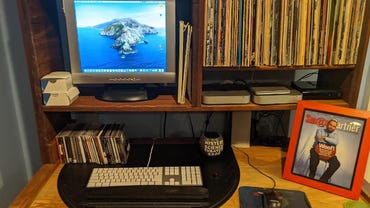 I also run Apple Macs. I use these primarily for testing purposes and for transcoding my ever-growing video library with HandBrake. For years, I've found the best value with Mac Minis. This year is no different. I just bought the 2020 Mac Mini with an i7 processor and 16GBs of RAM with a 512GB SSD for $1,299.99. It's working like a charm. 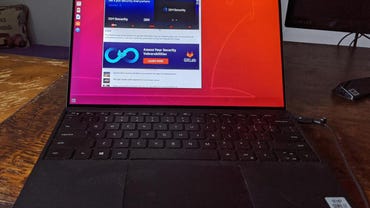 Finally, I use both Linux-powered laptops and Chromebooks. For a Linux laptop, it's hard to beat Dell XPS 13 Developer Edition Ubuntu-powered XPS 13. When ordering, make sure you're getting the Developer Edition. Its specs are a bit better than those of the ordinary XPS 13. Pricing starts at $1,199.99 for an i5-based Developer Edition with 8GBs of RAM, a 256GB SSD, an FHD display, and Ubuntu 20.04.04 LTS preloaded. Mine, with an Ice Lake Intel Core i7-1065G7 processor, 16GB of memory, Hynix 512GB NVMe SSD, and 4K video will cost you $2,049.99. 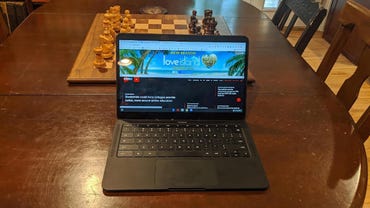 Soon, after all, besides running ChromeOS, Android, and Linux, they'll also be running Windows.

After 30 years of working from home, I have a clue or two about what needed to get the job done -- whether you're just down the street or a thousand miles from the office. Hopefully, I've given you some ideas on how to equip your home office. Good luck and make the most of it. I fear, whether you want to work from home or not, we're all going to work from home for months -- if not years -- to come.