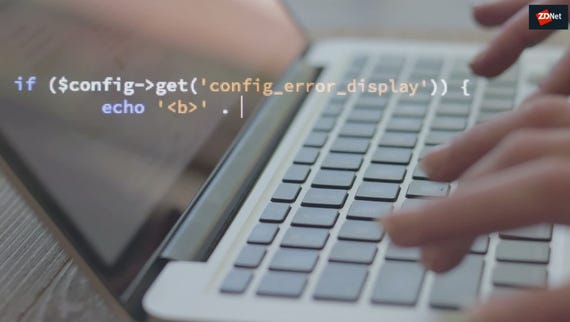 Stack Overflow has released the results of its annual survey of 100,000 developers, revealing the most-popular, top-earning, and preferred programming languages.

The most-loved languages are Kotlin and Mozilla-developed Rust, according to Stack Overflow's 2018 developer survey.

Among the most-loathed languages are Visual Basic 6, Cobol, CoffeeScript, VB.NET, and VBA.

However, JavaScript takes top spot as the most-popular programming, scripting, and markup language. It is followed by HTML, CSS, SQL, Java, Bash/Shell, Python, C#, and PHP. Python is one of the fastest-growing languages, according to Stack Overflow.

Microsoft's Visual Studio Code is the overall most-popular development environment, while the most-loved platform is Linux. Google's TensorFlow is also a popular tool.

The survey asked developers about their attitudes to the future of artificial intelligence and finds 73 percent are more excited about its possibilities than concerned by its dangers.

Only a quarter of respondents agree with Tesla CEO Elon Musk's view that government should regulate AI. Musk this week said the cutting edge AI he sees "scares the hell out of me".

Stack Overflow took on board criticism of how last year's survey approached women and other minorities who use the site. This report doesn't include last year's chapter on the 'Female Developer Age' or questions such as whether developers prefer Star Wars or Star Trek, or identify as ninjas, rockstars, or gurus.

"We had survey participation at almost the rate we would expect from our traffic. In regions including the US, India, and the UK, women are represented at higher levels among students than among professional developers," Stack Overflow says.

The survey also looked at the representation of women and men in different developer roles.

Stack Overflow finds that women have the highest representation as academics, QA developers, data scientists, and designers. System admins and DevOps specialists are 25 to 30 times more likely to be men than women.

Which programming language do coders hate most?

Developers cast their votes on most and least favourite languages.

These five programming languages have flaws that expose apps to attack

Securely-developed apps may be at risk due to security issues in popular interpreted programming languages.

7 programming languages that every developer should learn in 2018 (TechRepublic)

Certain coding languages are more likely to net you a developer job than others.

Join Discussion for: Which programming languages pay best, most...