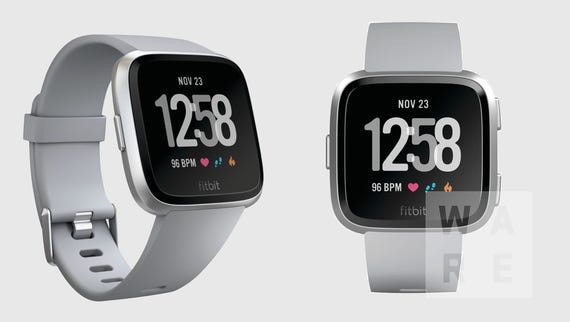 Fitbit CEO James Park said his company's plan to transition to software and services over hardware may require some targeted mergers and acquisitions. But the big question is whether Fitbit's transformation may make it a better acquisition target for new partner Google.

We don't have all the pieces together yet, but we've been methodically putting them together over time. We started off with our organic employer wellness business. We just added Twine. M&A is going to continue to play an important role in helping us put together the pieces. We also have great relationships with health plans such as UnitedHealthcare, and we do expect to add more health plan partners over time. Not only that, we also established a very good relationship with the FDA by being part of their pre-cert program. So all these pieces are starting to fall into place, but there's more to come.

Fitbit's challenges have been well documented and the company's quarterly results just put the spotlight on the issues ahead. Tracker sales are down and falling more and Fitbit is transitioning to smart watches. Although the Versa smartwatch is off to a strong start, Fitbit has excess inventory from its fitness tracker business.

Yet Fitbit has some strong assets. For instance, Fitbit has a wealth of data. It has all the parts for enterprise wellness programs. And Park has a good vision, but perhaps not the time and patience of Wall Street to make it work.

The purchase of Twine made a lot of sense. And a recent partnership with Google to use its cloud and healthcare API makes even more sense.

Read also: Does Fitbit have time to pull off its digital healthcare transformation? | Fitbit aims for device to data pivot: Can you monetize 90 billion hours of heart rate data, 85 trillion steps? | Q&A: Fitbit CEO James Park talks about the company's past, present, and future

Another key asset is cash: Fitbit ended the first quarter with $378.4 million in cash and cash equivalents and no debt. Toss in marketable securities and Fitbit has a war chest of $658.4 million.

Park acknowledged Fitbit's hardware transition and revenue declines, but added there's a method to the madness. He said:

This evolution is less about providing near-term revenue in '18 and more about setting ourselves up to grow durable sources of revenue in '19 and beyond. We are focused on driving efficiency in the device side of our portfolio and redeploying the contribution margin into our growth vectors, specifically international, Fitbit Health Solutions and software service. As we look to increase our agility and optimize our cost structure, we most recently announced the collaboration with Google to accelerate innovation in wearables and Digital Health.

First, Fitbit and Google are exploring the development of consumer and enterprise health solutions. We intend to use Google's new Healthcare API to help us integrate further into the health care system to just connecting user data with electronic medical records. Combining Fitbit data with EMRs can provide a more comprehensive view of the patient profile, leading to more personalized care. Both companies will also look to work together to help better manage chronic conditions like diabetes and hypertension by using services such as Fitbit's recently acquired Twine Health.

Fitbit will also move to Google's cloud, leverage its artificial intelligence tools and focus its engineering resources on software and services.

I hate to be captain obvious here, but it would make sense for Google to allow Fitbit to carry out its transition a bit more then buy it. Fitbit could fold into Google's enterprise business and give it a healthcare foothold. As for the hardware, Google could keep the smartwatches or not. Hardware is interesting to Google, but the company has yet to prove it knows what it is doing. Worst case is that Google just writes off the Fitbit hardware business. The data, enterprise wellness, and health care system integration is worth the money.

Join Discussion for: Why Fitbit could make a good Google acquisition