Why Google needs a $99 tablet

More than iPads or Android phones, a cheap Google tablet is what the world needs right now.
Written by Jason Perlow, Senior Contributing Writer on July 21, 2020 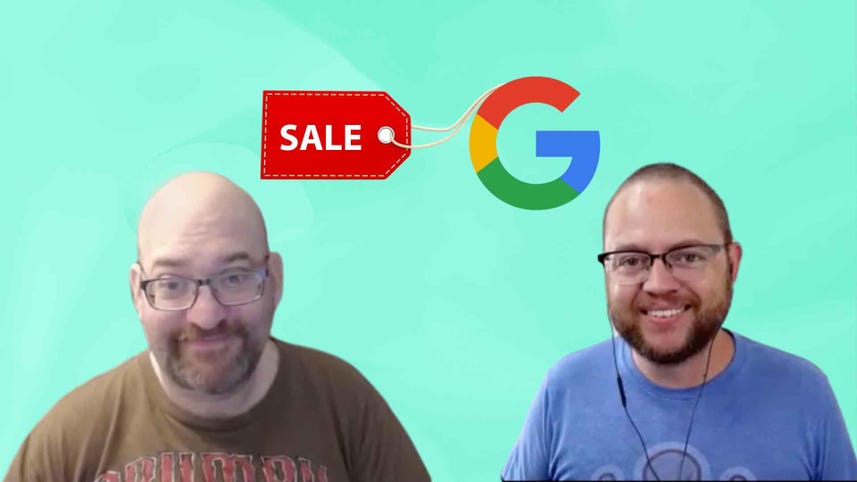 Eight years ago, Google released the Nexus 7, a 7-inch Android tablet, running a reference version of the Jelly Bean 4.3 OS. Produced in cooperation with Asus, it was fast, ran all Android smartphone apps, and -- most significantly --  was at the time inexpensive: $229 with 16GB of storage in its basic configuration.

There may not be a long list of Android tablets available, but you do have options.

The device was popular with developers who wanted a cheap tablet that ran the latest pure vanilla Android build. It was also popular with consumers who wanted a no-nonsense content consumption device that was less expensive than Apple's iPad Mini. Nexus 7 sported a quad-core, 1.5Ghz Qualcomm Snapdragon S4 Pro SoC, with 2GB of RAM and an HD display, and it was more than adequate for running just about any Android application that existed. While LTE 4G versions of the device existed, the basic Wi-Fi model was the most popular by far.

Since the release of Nexus 7 (a second version released in 2013), Google has seen far less success with more expensive devices, such as Pixel Slate, priced higher than Apple's 12.9-inch iPad Pro in specific configurations. Our own Matthew Miller loved the device, but it was a commercial dud. Google eventually exited the tablet business entirely in June 2019.

In the next 30 days, Google is expected to release an inexpensive version of its floundering Pixel flagship phone, the Pixel 4A, and it is due to launch next year's flagship, the Pixel 5, sometime in the fall, possibly October.

Right now, with everyone stuck at home because of the COVID-19 pandemic, nobody is looking to spend large amounts of cash on a 5G flagship phone like the Pixel 5, or even less expensive versions like the Pixel 4A, which will almost certainly be less competitive than products currently released by Samsung (such as the Galaxy A50) or Apple (with the iPhone SE) at similar price points.

Nobody wants small-screen devices for home use. They want larger devices for content consumption and couch-surfing. Anyone who has a phone that's in good working order is likely sticking with that phone. Otherwise, they are looking at low-cost versions of the iPad, which have been on sale as low as $279.

But there are even cheaper tablet devices to be found. Amazon has recently put its Fire HD tablets on sale for as low as $60. And these products may be affordable, but they are no slouch, from a hardware bill of materials standpoint. The $80 Fire HD+ has a Quad-Core 2.0Ghz MediaTek SoC with 3GB RAM, 32GB of flash storage, MicroSD expansion slot, USB-C, wireless charging, a 1,280x800 display, support for Bluetooth and Wi-Fi, integrated front and rear 2MP cameras, and 12-hour battery life.

Is it the fastest Android tablet with the most beautiful screen you can buy? No. Is it going to outperform a $350 iPad Mini (which is due for a refresh shortly), a $279 iPad Gen 7, or even a $150 Samsung Galaxy Tab A? No. But it's more than adequate for content streaming and running casual games and apps like Facebook, activities that most people -- under our current circumstances -- tend to do on the couch at home.

Where is Google in the tablet space now?

Nowhere. It stopped selling tablets a year ago.

Google needs a Fire HD competitor for a number of reasons. First, it needs to address Android developers looking for a low-cost device that runs the pure version of Android 11 without having to commit to a $300-or-more Pixel phone -- and potentially having to activate that device on a carrier to buy it. It also needs a device it can sell to customers that consume its online products, such as YouTube and G Suite, and, particularly, to leverage Google Meet and other Google services.

What should Google's budget tablet feature?

Google's tablet should be nearly identical in parts to the Amazon Fire HD 8+ or 10, with at least 4GB of RAM, a full 1080p HD screen, a 2GHz or faster Octa-Core processor, 32GB of storage, support for MicroSD, Bluetooth, 802.11ac Wi-FI, 12 hours of battery life, USB PD fast charging, and forward- and rear-facing cameras at least adequate for use with Google Meet and Zoom.

What should it cost? No more than $150. And it should be branded as a Pixel device -- such as Pixel Zero (similar to "Diet iPhone") -- and have all the privileges due to any Pixel device, including three years of Android update support.

Indeed, there are things Google might want to do to incentivize it, such as bringing the price down further if buyers commit to a trial subscription of YouTube Premium or buy yearly cloud storage subscriptions or purchase Nest WiFi access points. I'm sure it can figure out how to creatively bundle things in such a way that people would be snapping them up like hotcakes.

Does Google need to produce a low-cost Android tablet that competes with Amazon Fire and a refreshed iPad mini? Talk Back and Let Me Know.

Tablets
Microsoft Surface deal: Save $200 on the Pro X tablet

Tablets
Every Mac (and PC) user needs this utility