One of the most useful things about the smartphone is how many different technologies and tools it has consolidated into a single device that fits in your pocket. It replaced the point-and-shoot camera, calculator, alarm clock, watch, MP3 player, radio, ebook reader, GPS, flashlight, compass, address book, photo album, airline ticket, and more.

But even as our smartphones grow in size and barely fit into our pockets these days, the trend is reversing itself. Our tech is changing--migrating from our phone and computers to all kinds of new things that using computer power to become smarter and join the connected world.

With the Internet of Things on pace to grow from 6 billion devices in 2016 to over 25 billion in 2020--according to Gartner and IDC--we're entering an era where technology will become smaller, cheaper, and far more inconspicuous.

Perhaps the flagship device of this new era is the Raspberry Pi.

Launched by University of Cambridge computer scientists in 2011 as a $35 board for DIY projects, the Raspberry Pi erupted into a global phenomenon that has sold over 12 million units. Originally, the Cambridge team didn't expect to sell more that a 1,000.

Last week, the latest Pi hit the market--the Raspberry Pi Zero W, a $10 device that you can transform into a working computer with a little bit of modest tinkering (and your own keyboard, mouse, and monitor).

The success of the Raspberry Pi has two important implications:

Raspberry Pi has become something of a mascot for the IoT movement. It's been a catalyst for engineers, makers, and startups to launch all kinds of new experiments. It's been a staple at hackathons, where teams of techies collaborate to quickly prototype new ideas. And, it's been used to power all kinds of things its creators never imagined, from robots to drones to weather stations to DYI supercomputers to beer can keyboards.

And, of course, some of the teams have turned the Raspberry Pi into a low-cost personal computer that makes a mockery of $1000 PCs by providing a very functional device at a fraction of the cost. Even polished kits like the ones you can get from Kano and ModMyPi are in the low hundreds of dollars.

The Pi is the flagbearer for this trend, which is seeing more and more users settle for low-cost devices that can serve their needs quite adequately. We see it in very capable smartphones like the OnePlus 3 and the Honor 6X. We see it in students and schools choosing Chromebooks over iPads and Macs. We see it in IDC's prediction that the market for used smartphones will grow from 81 million in 2015 to 222 million in 2020--the old phones are still powerful enough for most users.

That's difficult news for the premium side of the device market, notably Samsung, which is preparing its comeback from the Galaxy Note 7 debacle, and Apple, which is rumored to be pricing its 10th anniversary iPhone at over $1,000.

Video: How to set up your Raspberry Pi Zero W 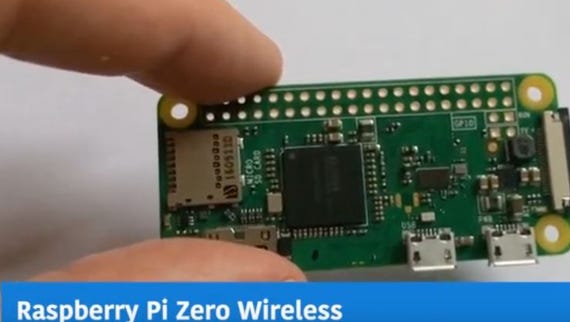 Video: How to set up your Raspberry Pi Zero W
Watch Now

Join Discussion for: Why Raspberry Pi is the future of computing...