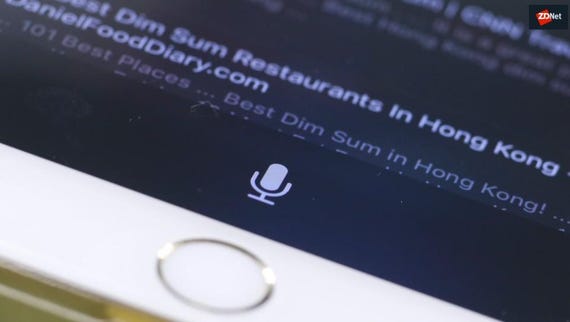 I love my keyboard. Sure, I talk to Cortana on Windows 10 from time to time, and I would really struggle to write this post without clacking away on the keyboard on my laptop. But a new survey says that voice is the new media we should all adopt before its too late.

Atlanta-based voice authentication platform Pindrop recently conducted a consumer survey to find out how they interact with their devices. It conducted 4,057 online interviews in September 2018 to examine the current and future usage of voice technology, and explore its impact on people's lives.

The survey shows that almost two out of three (63%) of the population are already using their voice to interact with devices and appliances, and 53 % plan to use voice even more in a year's time.

The usage of voice control has increased, with usage at home gaining the greatest traction. Almost seven out of 10 (63%) use voice control at home, work, or while out and about -- only 14% will not use it at home.

The survey showed that over two-thirds (68%) of respondents plan to use voice-activated assistants for the majority of customer interactions, while nearly one-in-four businesses plan to use them for all interactions.

The data shows why there is such an appetite for voice technology. On average, 56% think that voice technology will have a positive impact on their work and home life, a number that jumps to 68% when looking at people who are already using it.

Nearly half (48%) of respondents think keyboards will barely be used by 2023 as voice technology takes over.

Two-fifths believe voice technology promises a future where using technology is less intrusive, with 41% believing that it will make people stop staring at their phones.

The same number also believe their lives would be made simpler by voice, as the technology's capabilities increase over the next five years.

In the five years, to 2023, the majority of respondents plan to use voice-activated devices and appliances to help them with cooking (63%), managing their home (58%), ordering groceries (52%), and organizing a holiday (52%).

People are also planning to make the most of voice technologies outside of the home. Although voice has gained least traction in the workplace, usage is expected to pick up.

In the next 18 months, more than two in five expect to use voice tech to interact with a virtual PA, and operate a computer or conferencing system. And for leisure, 56% plan to use it to book tickets or restaurants within five years.

But as technology uptake has increased, so too have security fears. In 2017, the main issue with voice technology was its usability; but in 2018, security and privacy concerns were the number one challenge.

Indeed, when offered the chance to use their voice as a password, 44% would say yes, while 46 % would say no.

The No. 1 reason given for using voice was not having to remember a password; respondents are split between the ease of use of voice, and the security challenges it presents.

"The last few years have seen early adopters rush to bring smart devices and speakers into their homes, normalizing a technology that was once seen with skepticism.

Today's results prove this and also point towards a future where the way we engage with technology fundamentally shifts to a hands-free model. People can see the benefits it brings them, allowing them to simplify their lives and help battle the constant distractions handheld devices provide."