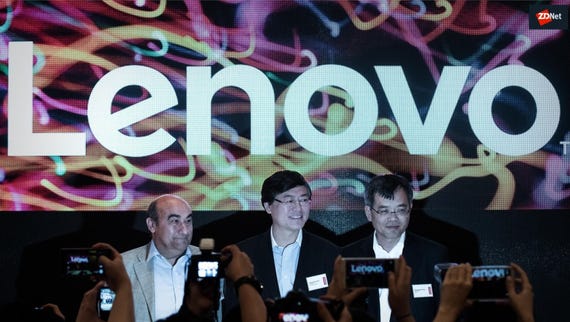 Lenovo has revealed its new line-up of Yoga machines, including a Windows 10 laptop it says has a battery life of over 25 hours.

The new Yoga computers were unveiled at the IFA Conference in Germany this week.

According to Lenovo, this Arm-based Windows 10 laptop offers more than 25 hours of battery life, based on tests where it played looping video on the machine's HD display.

The Yoga C630 WOS will be available from November with a starting price of $850.

The most distinctive feature of the C930 is its dual-display, featuring an E Ink touchscreen that serves as the keyboard but which can also be used for notes, sketching, or as an e-reader.

In a hands-on with the laptop, ZDNet's sister site CNET found the virtual keyboard to be better than on the first-generation YogaBook but still lacking the responsiveness and feedback of a physical keyboard.

CNET also highlights the device's limitations as an e-reader due to the E Ink display currently only supporting PDFs and not the proprietary formats used by Amazon's Kindle e-books. The nature of the E Ink display also prevents its being used as a second screen for the Windows desktop.

The Windows 10 laptop will be available with Intel Core m5 and i5 processors, will have a 2,560 x 1,600 primary display, and Dolby Atmos speaker support. Lenovo is promising up to 10 hours of battery life.

The YogaBook C930 will be available from the end of September with a starting price of $999.

Unlike its YogaBook brother, this 2-in-1 Windows 10 machine sports a physical keyboard and is available with higher specs.

The laptop offers a HD or 4K display, both with Dolby Vision HDR support, and an 8th-generation Intel Core processor up to an i7.

Lenovo is touting the laptop's 'rotating sound bar', which supports Dolby Atmos, while the machine's 'far mics' allow Amazon's Alexa and Microsoft Cortana's virtual assistants to detect commands from up to four meters away. The device's digital pen can be stashed in an internal compartment that also charges the accessory.

The YogaBook C930 will be available from the end of September with a starting price of $1,400.

Described by Lenovo as a premium laptop that, at 11.9mm thick, is one of the thinnest consumer clamshell laptops available.

The Windows 10 machine runs on an 8th-gen Intel Core i7 processor, has a 13.3-inch HD screen, a Dolby Atmos speaker system, up to 10 hours of battery life and what Lenovo says is "rapid charging".

The laptop is available from the end of October starting at $1,000.