The new machines, unveiled to coincide with the IFA conference in Germany, include two new ranges of 2-in-1 computers and a new Chromebook, alongside updates to Dell's existing business and consumer laptops.
Written by Nick Heath on Aug. 29, 2018 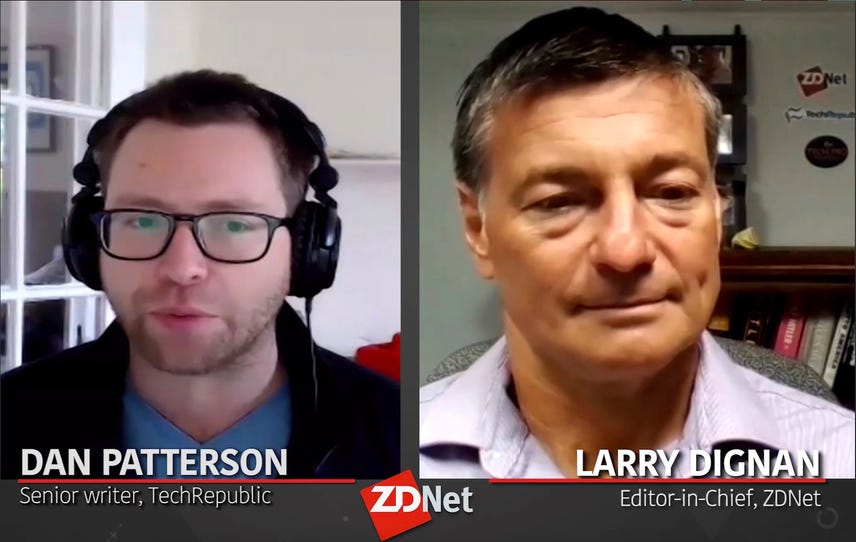 Dell has revealed a selection of new mid-range 2-in-1 PCs starting at $460 and packing the latest Intel processors.

The new machines, unveiled to coincide with the IFA conference in Germany, include two new ranges of 2-in-1 computers and a new Chromebook, alongside updates to Dell's existing business and consumer laptops.

Starting at $459.99, the 14-inch Dell Inspiron 5000 2-in-1 runs on 8th generation Intel Core processors, offers up to 16GB of DDR4 memory and supports fast storage options such as NVMe SSDs connected via the PCIe bus, dual drive configurations and Intel Optane Memory.

The IPS touchscreen supports a digital Active Pen and if 3D graphics are important it is available with an optional Nvidia MX130 GPU. The 5000 series will be available from October 2nd.

Available as a 13, 15, or 17-inch machine, the Inspiron 7000 range also include 8th-generation Intel processors, up to 16GB of DDR4 memory but come with NVMe SSDs as standard.

Although the laptops ship with a 1920 x 1080 resolution IPS touchscreen, the smaller models are also available with an optional 4K display, which offers 72% color coverage and 300 nits typical brightness.

The design of the 13- and the 15-inch versions should stand out, thanks to the three-sided narrow borders that surround the display. Dell says this has been made possible thanks to a new 2.7mm miniaturized webcam that captures clearer and less noisy images in low light.

The 17-inch 7000 2-in-1, has a 17.3-inch FHD IPS touchscreen, and ships with an NVIDIA GeForce MX150 to deliver better graphical performance and Intel Optane memory to boost storage performance.

The 17-inch machine will also support Amazon's virtual assistant Alexa from the autumn.

Dell says the cooling system on the 7000 series has been designed to move hot air away from you or the laptop. The 7000 series will be available from October 2nd.

Dell also revealed what it called "its first premium Chromebook", the Dell Inspiron Chromebook 14 2-in-1.

The 2-in-1 device includes a 14-inch FHD IPS display with an aluminum, narrow side-bezel design.

Dell is claiming the machine offers up to 15 hours of battery life, while running on an 8th Generation Intel Core i3-8130U CPU, 4GB of DDR4 memory and offering up to 128GB of onboard eMMC storage.

Other notable features include USB Type-C ports, a standard backlit keyboard and standard EMR pen with its built-in holder in the laptop's base. The Dell Inspiron Chromebook 14 will be available from October 23rd, starting at $599.

Dell also expanded its XPS and Vostro laptop lines. The XPS family gets a lower-cost option, the XPS 13 with an 8th gen Intel i3 processor, which starts at $899.99. The XPS 13 Developer Edition is now also available with Ubuntu 18.04 LTS.

The XPS 13 2-in-1 has also been upgraded to use Intel's latest 8th generation processors, and comes with a dynamic power mode that Dell says can provide up to 15 hours of battery life.

Power usage should also be reduced by Peak Shift, which cuts power consumption by automatically switching the system to battery power during certain times of the day.

This story was originally published on TechRepublic.