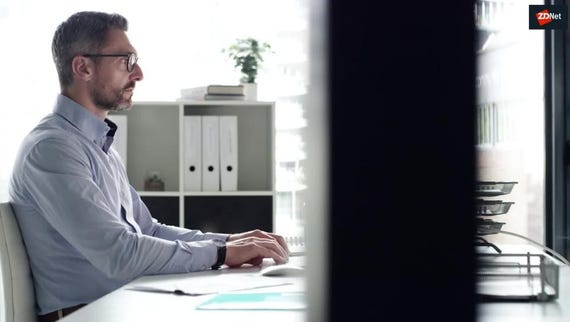 Microsoft has released a new Windows 10 preview for those on its Windows Insiders program that brings a few fixes and a new feature for Cortana, Microsoft's answer to Apple Siri and Amazon Alexa.

Cortana has taken a backseat on Windows 10 these days but Microsoft has announced a new "file skill" in Cortana that's available for Insiders that helps users quickly open and find files.

"You can now use Cortana on your PCs to translate their thoughts into direct actions to open and find files and save time spent navigating to apps/folders to locate and open files," says Brandon LeBlanc, program manager for the Windows Insider program.

In other words, Cortana will help people find files using their voice rather than sifting through files by typing words. You can now ask the assistant to look for files based on parts of a file name, the author of file that needs to be found, or by asking it to find a recently edited file. Users can also ask to search for different file types, such as a PDF.

There are only two 'changes and improvements' listed in this update, the Preview Build 20270 (FE_RELEASE) – the "fe" refers to Iron, the codename for new branch of Windows, the first of which was released in October. The changes are an "Advanced View" checkbox in Optimize Drives and a split keyboard mode for touch keyboards.

In terms of fixes, Microsoft has addressed an issue causing some dialogs, such as Properties, to display black text on dark backgrounds, a glitch causing some apps to close when clicking the Maximise button, and printer problems with Japanese characters. It's also addressed sluggish login times for PCs with a large number of users.

If you're confused by Microsoft's release plans for Windows 10 and it's Insider previews, you're not alone. Microsoft no longer ties features in preview builds to a specific Windows 10 release and it's been shifting Insiders between different branches of Windows 10.

As ZDNet's Microsoft expert Mary Jo Foley explained in October: If there is a 21H1 feature update, it unofficially will be known as "Iron." The 21H2 feature update will unofficially be called "Cobalt." Microsoft's Iron development period runs from June to December 2020; Cobalt runs from January 2021 to June 2021.

Microsoft has also highlighted why it's important for Insiders to keep moving ahead with current builds of Windows 10.

Over a billion systems are running on Windows 10 today, of which about 10 million are on Windows Insider builds.

How to stop people falling off the Windows Insiders update train?

Microsoft in June changed its Windows Insider testing program with the hope that Insiders receive frequent updates regardless of the channel they're on. The Fast Ring (and former Skip Ahead Ring) became the Dev Channel, while the Slow Ring morphed into the Beta Channel and the Release Preview Ring became the Release Preview Channel.

Microsoft wants more Windows 10 Insiders to stay up to date with its latest updates and help users who "fell off" the Windows update train.

"The definition is the same across all of the channels... And regardless of what channel you're in, how often a flight may go out, may differ. But it's still important to be on those current flights," said Laura Finch from the Windows team in a podcast.

She noted that Microsoft's Windows team refers to people who failed to update as being "left behind".

"But it's more – it is very much – unintentional, they fell off, and we want to figure out how to get them back on the train. And there are bugs that happen in the actual builds. And those can impact the update ability of the device. And we fix the actual bugs, but sometimes the fix doesn't move the devices forward. So, they get stuck and aren't offered a new build."

Join Discussion for: Windows 10: Now you can use Cortana to find...