The upshot for the Mac and macOS updates from Apple is that the company is betting big on VR for professional creators as well as consumers.
Written by Larry Dignan on June 5, 2017 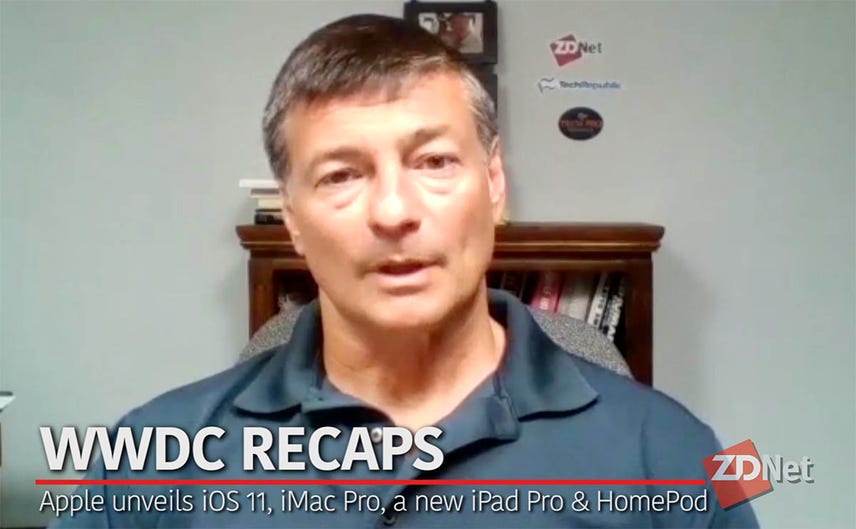 Apple moved to make its Mac lineup -- updates to the iMac as well as a tease to the iMac Pro --and macOS High Sierra friendlier for virtual reality from a developer and consumer perspective.

Aside from a heavy update to the Mac lineup and the graphics capabilities, the macOS has support for multiple virtual reality engines as well as hardware to support developers.

Here's the upshot: Apple's Mac refresh as well as updates for virtual reality position the iMac as a developer tool as well as targeting consumers to consume VR content. Final Cut Pro will likely be a VR creation tool. The VR moves are designed to win back Apple's pro base.

A demo highlighted the possibilities between the Mac OS and virtual reality developer tools. Here's a look: