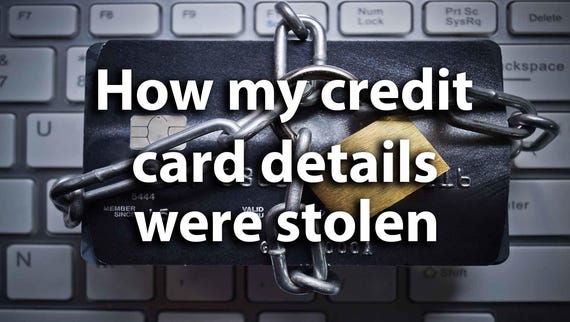 How did my credit card details get stolen and used half the world away?
Watch Now

As everyone from Facebook to Apple is taking a close look at financial services, the International Monetary Fund (IMF) has been wondering what aspects of tech are going to turn finance on its head next.

Researchers at the IMF, the world's lender to nations in times of financial crisis, have highlighted why fintech has emerged in the past decade as physical banks have been receding.

They outline how smartphones, online search and social media have helped drive financial innovation through the use of non-financial data, such as a user's browser-type, the device being used, a person's history of online searches, and their purchases.

"Fintech resolves the dilemma by tapping various non-financial data: the type of browser and hardware used to access the internet, the history of online searches and purchases. Recent research documents that, once powered by artificial intelligence and machine learning, these alternative data sources are often superior than traditional credit assessment methods, and can advance financial inclusion, by, for example, enabling more credit to informal workers and households and firms in rural areas," said a blog detailing research by IMF staff.

The researchers argue these methods can be superior to traditional credit risk assessments carried out by banks, and help bring credit to people that banks ignore or have no way of assessing for loans, from informal workers to even skilled and well-paid new arrivals to a nation. According to the IMF, there are 1.7 billion unbanked adults in the world.

Fintech and using alternative information to assess credit worthiness is not a new technique, so the IMF is merely studying the evolution of the market outside traditional banks and its policy implications as companies like Facebook and Amazon begin to know customers' financial lives more than banks.

"Communication innovation is driven by the variety of digital platforms in social media, mobile communication, and online shopping that have penetrated much of consumers' everyday lives, thus increasing their digital footprint and the available data," researchers Arnoud Boot, Peter Hoffmann, Luc Laeven, and Lev Ratnovski write on the IMF blog.

"Platforms like Amazon, Facebook or Alibaba incorporate more and more financial services into their ecosystems, enabling the rise of new specialized providers that compete with banks in payments, asset management, and financial information provision."

The paper doesn't directly explore the Facebook-backed Libra cryptocurrency initiative, but it's been weighing on the minds of regulators across the world.

The 'stablecoin' effort — recently rebranded as Diem —may finally launch in January 2021. The Libra coin project, announced in June 2019, was originally planned to be a cryptocurrency coin pegged to several actual currencies, but a scaled back version of the project will see it initially launch as a single digital currency pegged to one currency, as the Financial Times recently reported.  Another plan was to launch multiple Libra coins with each tied to a single currency.

There have been concerns Libra could threaten monetary sovereignty and stability and too easily allow money laundering. But the Facebook-backed plan has also spurred interest in central bank digital currencies, such as China's digital Yuan and more recently Japan's digital Yen. China's efforts look to facilitate payments as opposed to replacing deposits held at traditional bank accounts.

The European Central Bank is currently considering the implications of issuing a digital Euro in part as a defensive move against Europeans using physical cash less frequently but also Europeans in the future accessing digital currencies from nations outside the EU.

"A properly designed digital euro would create synergies with the payments industry and enable the private sector to build new businesses based on digital euro-related services."

Join Discussion for: Your online search history could make for...