The blockchain explained for non-engineers 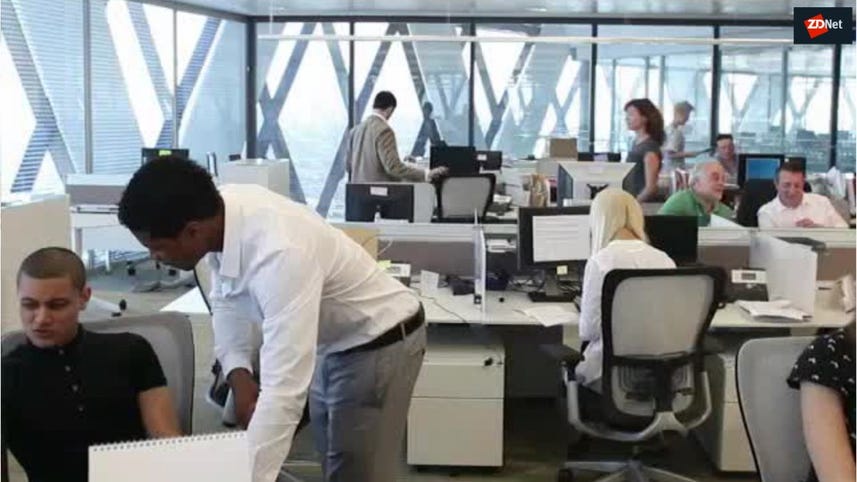 Blockchain buzz is inescapable. And while the technology has transformed some companies and minted fresh millionaires in a dazzlingly short period of time, blockchain is as confounding as it is powerful. If you're confused by the hype, you're not alone.

The blockchain is a decentralized, vettable, and secure technology that has, in less than a decade, become a powerful driver of digital transformation poised to help create a new employment economy. Evangelists claim blockchain tech will disrupt industrial supply chains, streamline real estate transactions, and even redefine the media industry. "Think of blockchain as the next layer of the internet," said Tom Bollich, CTO of MadHive. "HTTP gave us websites ... now we have blockchain, which is like a new layer of computing."

Employment data seems to validate blockchain's current hype cycle. Google search data indicates a cresting wave of interest in the tech, and according to Indeed.com searches for blockchain-related jobs spiked nearly 1000 percent since 2015. Enterprise organizations like Capital One, Deloitte, ESPN, and eBay are hiring blockchain engineers, retraining project managers to facilitate integrations, and even searching for specialized attorneys.

But while the technology's applications seem nearly limitless, understanding how the blockchain works and why it's important is challenging, even for technology and IT professionals. The blockchain is, fundamentally, an ever-expanding database. Just like a bank record, every transaction is logged and then made available to the public. The database relies on a novel method of encryption, allowing developers to verify the authenticity of each transaction.

The database is strengthened with each transaction, so to incentivize so-called 'miners' -- individuals or organizations that use powerful GPUs to solve algorithmic challenges -- each chain releases a digital 'coin', commonly referred to as cryptocurrency. The Bitcoin blockchain releases nodes -- or, blocks -- of transaction data every 8 to 10 minutes. Miners receive a portion of a coin for their effort, and the chain's encryption is strengthened. Because the code is open and viewable by anyone with a computer, blockchain tech is often referred to as a 'public ledger' of activity.

Although most often associated with Bitcoin, the blockchain can be stamped with a vast spectrum of data, said Bollich's co-founder and Riot Blockchain's CEO John O'Rourke in an interview with TechRepublic. "It's basically basing your faith in math [as opposed to] faith in some other trusted party that could potentially be hacked," he said. "The blockchain allows all of that [activity] to be digitized, and secured with every single transaction on that ledger."

Blockchain tech is not limited to Bitcoin, and the code is easily forked. This has resulted in the meteoric rise of the chain's by-product: cryptocurrency. Ethereum, for example, is a blockchain for applications and produces a coin called Ether. The chain is used by firms like Microsoft and Amazon to validate cloud data, by Google to assist self-driving cars, and by game makers to validate the authenticity of digital goods. The Monero chain emphasizes transaction privacy, and produces XMR, a highly volatile currency.

Digital currency is attractive to some because the coins are algorithmically dispensed and not controlled by a government. In the latter half of 2017 and first half of 2018 initial coin offerings -- ICOs -- raised billions in speculative funding.

SEE: What is blockchain? Understanding the technology and the revolution (PDF) (TechRepublic)

However, a wise man once said, "Don't believe the hype." When it comes to cryptocurrency and blockchain hype, we should all learn from Flavor Flav's immutable wisdom. It's nearly impossible to accurately value cryptocurrency. Some currencies are easy to hack. Most coins falter or never gain market traction, and established coins like Bitcoin and Ether often fluctuate wildly in price. Government regulation seems inevitable, and the SEC is cracking down on fraudulent traders.

Analysts at research firm Gartner, though still bullish on the long-term future of blockchain tech, are quick to caution that enterprise integration is not as easy as the hype might imply. According to a recent report, 14 percent of CSOs expressed concern that the technology will require significant organizational and cultural changes of the IT department. Another 77 percent of CIOs said their organization has no short-term interest in blockchain technology.

Alex Feinberg, a former Google exec and COO of Petram Security, remains confident in the long-term future of blockchain tech. Blockchain startups are on the rise, he noted, and the employment landscape is rosy for talented programmers and integration experts.

"As I started understanding what investment banks did and as I started understanding how the banking system was constructed, and as I understood how money was created," Feinberg said, "it became apparent to me that the US government, the US banking system was in a bind." The solution, he said, was decentralization. And the technological key to innovative decentralization? "The blockchain."

Business
5 reasons Chromebooks are the perfect laptop (for most users)