Experts explore the current global regulatory landscape and how the cryptocurrency craze is impacting traditional finance.
Written by Charlie Osborne, Contributor on Feb. 5, 2018 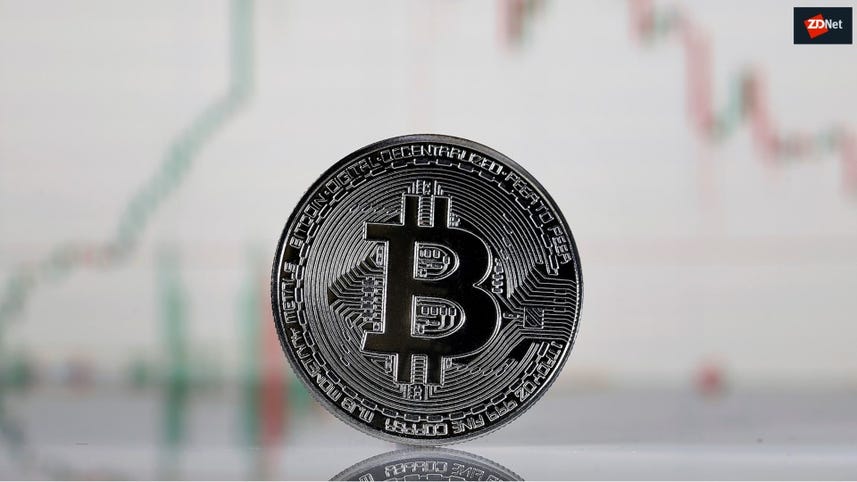 The cryptocurrency market is in constant flux, regulators worldwide are grappling with ways to control trading, and traditional banking systems are far from isolated from the global phenomenon.

Cryptocurrency, developed through the backbone of Blockchain technology, was once only associated with sales in the underbelly of the Internet.

By design, it is difficult -- although not impossible -- to track transactions made through Bitcoin (BTC), Ethereum (ETH), and other popular virtual currencies.

In direct opposition to traditional financial systems, cryptocurrencies do not rely on central authorities to govern transactions and regulate exchanges.

While this makes transactions and investments anonymized to a degree, this also means that investors in cryptocurrency and those participating in Initial Coin Offerings (ICOs) will have little protection should their digital wallets be compromised, cyberattackers steal funds from trading posts, or exit scams occur.

It is estimated that cyberattackers managed to steal close to $400 million from investors participating in ICOs since 2015.

With exchange after exchange becoming compromised due to lax security and the operators of fraudulent startups touting non-existent Blockchain solutions and scam ICOs being unmasked on a monthly basis, the marketplace is risky business.

Cryptocurrency is beginning to indirectly impact traditional exchanges, too. Interest in cryptocurrency and the Blockchain is high enough that any mention of these technologies can cause a surge in share price.

The US Securities and Exchange Commission (SEC) has warned that companies simply appending the word "Blockchain" to their names in order to dine out on investor interest will find themselves swiftly on the watchdog's radar.

Scams, losses, cyberattacks, and companies riding on Blockchain as a fad and without a related product are all causing problems for regulators who have little grounding or laws to rely on in the rapidly evolving marketplace.

In a recent report from FleishmanHillard, called FinTech in 2018: The Fads, The Fears, and the Future (.PDF), over half of a panel of financial experts from institutions including Visa, Santander, Alipay, and Citi Bank agreed that "ICOs represent more risk than opportunity and regulators need to step in before disaster strikes."

"We will see regulators worldwide come down very hard on many illegitimate, fraudulent ICOs and the people behind them," Daniel Aranda, Managing Director of Ripple said in the report. "Lawsuits, fines, and jail time would not be a surprise. These will impact the crypto space in the short-term."

In addition, 62 percent of the financial professionals surveyed said that regulators were likely to take a harder stance on Bitcoin and cryptocurrencies in 2018.

This prediction appears to be becoming true.

India's government has ruled out cryptocurrency as legal tender, Vietnam has banned payments in Bitcoin and other cryptocurrencies on the pain of heavy fines, and China has outlawed ICOs altogether.

China has called cryptocurrency a "disruption to the financial order," and this attitude appears to be reflected by South Korea, which intends to ban virtual accounts currently used for cryptocurrency trading while allowing authenticated bank accounts for new trades.

In other words, the country's Financial Services Commission (FSC), Financial Supervisory Service (FSS) and the Korea Financial Intelligence Unit (KoFIU) want to make sure that cryptocurrency investment and trading comes under the umbrella of traditional financial structures, rather than remaining on a decentralized, anonymized platform which prompted the growth of Bitcoin.

Over in Japan, regulators punished Coincheck after a $540 million heist, demanding that the cryptocurrency exchange get its act together, or else.

The UK and EU are planning a crackdown on cryptocurrency trading, and in the US, the Securities and Exchange Commission (SEC) has enforced actions against ICOs believed to be related to fraud.

In addition, the US Commodity Futures Trading Commission (CFTC) has decreed cryptocurrency to be a commodity, and the Internal Revenue Service (IRS) now requires profit made on virtual currency to be declared.

However, the country has yet to decide on a federal level what to do about the phenomenon.

"In the US, there is a sentiment of trying to regulate something which, like the Internet, doesn't belong to them and to an extent isn't quite understood.

Regulation has arguably resulted in a state of anemic innovation in some FinTech centers where early regulations have been imposed. Some Blockchain startups have sought to set up an online presence offering services in cryptocurrency in other states or countries with a path of less regulatory resistance."

There does seem to be an element of confusion worldwide when it comes to cryptocurrency, with some countries banning it rather than attempting to steer it, while others have jumped on the idea.

However, Russia is now drafting a bill to allow cryptocurrency trading on permitted platforms in the country in the future.

Estonia, Denmark, and Sweden all permit trading, and Venezuela's president hopes to launch an oil-backed state cryptocurrency as a way to climb out of the country's economic crisis.

According to Daniele Bianchi, Assistant Professor of Finance at Warwick Business School, we should expect a "great deal of diversity in the way regulators deal with cryptocurrency trading."

"Increasing value and legitimacy of cryptocurrencies is not only good for investors but also brings attention from regulators and policymakers," Bianchi told ZDNet. "As Bitcoin and altcoins are becoming more mainstream, being constantly in the spotlight, we are seeing regulators becoming more active to crack down on illegal uses."

"The bottom line is that, although governments need to put in place efficient regulations that prevent investors getting into difficult situations, the way such regulations are drafted will largely depend on their view of crypto as a useful financial innovation rather than a threat," the professor added.

It is this difference of outlook which is causing such widespread diversity among regulators.

As cryptocurrency is a global concept and exchanges can pop up in any country, without a unified position, it is unlikely that any bottom line and true control of the marketplace will ever be possible for both regulators and those in traditional finance.

"States and countries seem to be opting for one of two alternative positions, that of, wait and see how regulations work out before acting, or, banning aspects of cryptocurrency exchange completely," Giguere commented.

The market, due to its decentralized nature, is in constant flux. It is not reliant on trade deals, relationships between countries, or services, but can be impacted by political changes -- such as when reports emerged that South Korea was considering a full ban -- as well as cybersecurity disasters and the public perception of value, rather than a coin's technical merits.

"Regulation and other restrictions have also resulted in interesting knock-on effects," commented Juho Vähä-Herttua, Futurice senior software engineer. "Ironically the increased regulations around trading may be contributing to the current high price of cryptocurrencies, as the increased difficulty of "cashing out" encourages people to hold their coins for longer, meaning there are fewer coins in circulation to meet the increasing demand, therefore the price goes up."

Regulators are not just concerned with the blurring lines between trades of traditional legal tender and cryptocurrency, but also the outpouring of investment into ICOs, alt coins, and funds away from IPOs and traditional investments.

Fiat currency is still top dog, but the general shift from cash to card and now, in some cases, cryptocurrency, is a market trend that neither financial institutions or regulators can ignore.

"Bitcoin is an underdog people's hero chasing and disrupting the establishment of fiat currency exchange," Giguere says. "It makes sense that stakeholders, in that industry would use their regulatory influence not to stop it, but to slow it and steer it until such time that they can pivot themselves into still being the controlling profit center for it."