The company posted a Q1 net loss of $38 million, compared to a net loss of $24 million a year earlier.
Written by Natalie Gagliordi, Senior Writer on May 1, 2019 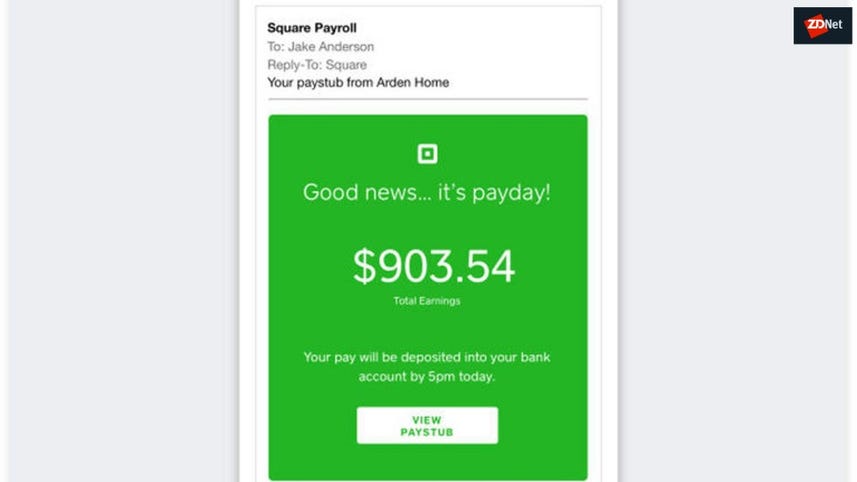 Square's gross payment volume (GPV), a key metric for the payments company, came to $22.6 billion, an increase of 27% from the same period a year ago. GPV from larger sellers, defined by Square as merchants generating more than $125,000 in annualized revenue, grew 37% year over year, attributing 51% of GPV for the quarter.

Subscription and services-based revenue -- which includes the company's lending service Square Capital, food delivery business Caviar and its fast growing Cash App -- was $219 million, up 126% from the first quarter of 2018. Square says it has advanced nearly $508 million to sellers via Square Capital in Q1.

Hardware revenue was $18 million, up 26% from a year ago, bolstered by the launch of the new Square Register, which began shipping in November, Square said.

For the current quarter, Wall Street is expecting earnings of 19 cents a share with revenue of $555.5 million. Square responded with a Q1 earnings guidance between 14 cents and 16 cents a share with revenue between $545 million and $555 million. However, Square raised its revenue guidance for the fiscal year, saying that it now expects earnings between $2.25 billion to $2.28 billion, up from $2.22 billion to $2.25 billion.

Shares of Square were down more than 6% in after hours trading.

Education
Tech jobs: Men are still most likely to get interviews, says report