Are you ready for some internet football? How to stream the 2018 NFL season

Another NFL season starts, and your options for watching it online are greater than ever.
Written by Steven Vaughan-Nichols, Senior Contributing Editor on Sept. 4, 2018 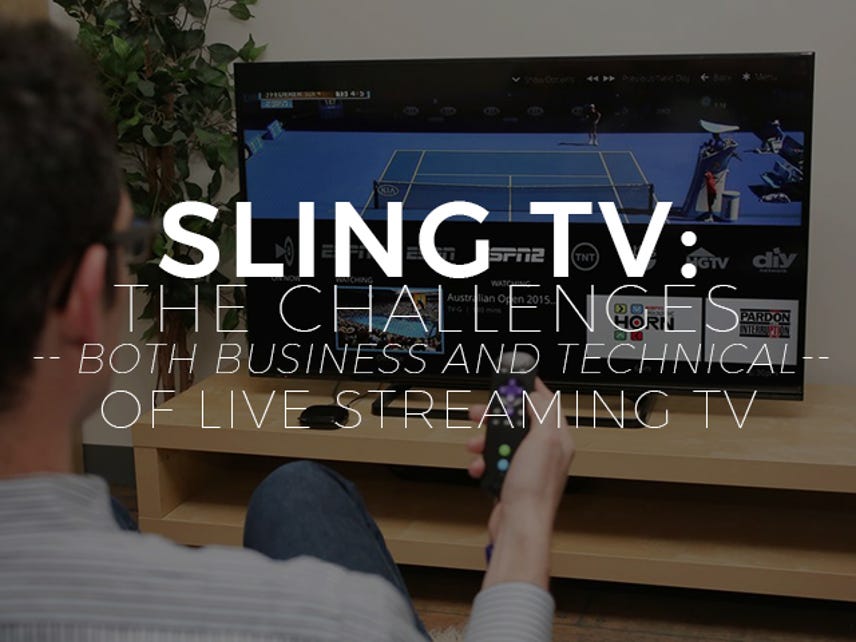 Six years ago, when I first covered how to watch the NFL on the internet, it was not easy. Now, you have a wide variety of choices. But being able to watch any game you want whenever you want is still a challenge.

For example, you can watch almost all available games on Sling TV, except CBS (ZDNet's parent company) Sunday afternoon games. So, before buying into a service, take a hard look to see if it will deliver your must-watch games.

The most comprehensive package for Sunday NFL games is DirecTV's NFL Sunday Ticket. But, there's a catch, and it's a big one.

So, odds are, you can't get this package. Still, it doesn't hurt to check if it's available for your address. If you're a student, and your school address qualifies you can get NFL Sunday Ticket for $24.99 a month -- but don't count on it.

Another all-football, all-the-time option, but that's easy to get, is NFL GamePass. For $99.99 a season, you can watch all NFL games... the day after they're played.

You also can't watch local games on it. So, for instance, I can't see the Carolina Panthers. To sweeten the deal, GamePass includes live NFL game radio broadcasts. It's not for me, but if you're the kind of person who can't watch enough football, it's for you.

The cheapest cord-cutter option is to avoid any cord except the one from your over-the-air antenna (OTA) to your TV. Your local CBS, Fox, and NBC channels carry most games. The one exception is ESPN's Monday Night Football.

The only problem is this only gives you the local games and big-name games of the week. So, for example, in Asheville, N.C., I'll be able to watch almost all the Carolina Panther games with my HD Stacker TV Antenna and a Channel Master Titan 2 High Gain Preamp. But, as good as that gear is, I'll never get regular Pittsburgh Steelers games.

Another inexpensive way to watch pro football, if you have a Verizon Wireless smartphone, is to use Verizon's NFL Mobile app on your Android smartphone or iPhone. With that, you can watch live regular season games, the playoffs, and the Super Bowl. Verizon NFL Mobile also includes access to the NFL Network. For a $1.99-a-month in-app purchase, you can watch every touchdown from every game on Sunday afternoons with NFL RedZone.

I sure don't think about Amazon Prime when I think football, but you can watch Thursday night games on Amazon Prime Video. Amazon Prime is available on essentially all streaming devices and PCs.

CBS All Access, is available in many, but not all, markets. It carries CBS's Sunday afternoon games. This streaming service costs $5.99 a month. There's also a version without advertising for $9.99. NFL games, however, come with advertisements on both streams.

You can watch CBS All Access on Roku Players, Apple TV, Xbox One, Xbox 360, Chromecast, Android TV, PS4, Amazon Fire TV, and Fire TV Stick. You can also watch it with most web browsers.

Also: 5 free sites to help you prepare for your fantasy football draft CNET

DirecTV Now offers four channel plans: Live a Little for $40 a month (65+ channels); Just Right for $55 a month (85+ channels); Go Big for $65 a month (105+ channels); and Gotta Have it for $75 a month (125+ channels). But none of them offer NFL Sunday Ticket. For football fans, DirectTV Now offers Fox, NBC, Telemundo (if available in your market as a live local broadcast channel), ESPN, ESPN2, Fox Sports 1, NBCSN for all plans, and Fox Sports 2 for the top two plans. It doesn't offer CBS, NBC, or FOX in all areas, or RedZone.

DirecTV Now supports Android and Apple smartphones and tablets. On PCs, it works best with the Chrome and Safari web browsers. You can also watch it with newer Amazon Fire TV devices, Apple TV, Chromecast gadgets, and Roku. This service doesn't work with PlayStation or Xbox game consoles.

Hulu with Live TV's plan is $39.99 a month. It comes with 50+ live channels. Depending on your market, your local NBC, ABC, Fox, and CBS live broadcast channels may be available to you. You must check to make sure. For example, I get all the major networks over my antenna, but Hulu with Live TV only offered me Fox.

Also: How to get started in fantasy football CNET

For sports, Hulu offers CBS Sports, ESPN, Fox Sports 1, Fox Sports 2, and NBCSN. Neither NFL Network nor RedZone are available. The Hulu service supports Apple and Android smartphones and tablets, the Amazon Fire family, Roku devices, and Xbox One and Xbox 360. It does not, however, support PS4.

Despite its name, PlayStation Vue doesn't require a PlayStation. You can watch it on Amazon Fire devices, Android TV gear, Apple TV, Chromecast, Roku, and PlayStation 3 and 4. You can also view games on Android and Apple smartphones and tablets and any computer that supports Flash.

Also: How the NFL and Amazon unleashed 'Next Gen Stats' TechRepublic

For Sling TV NFL fans, you'll need two packages. These are Sling TV Orange for $25 and Sling TV Blue for $25. The better deal is to get both for $40 a month. The Orange package includes ESPN 1 and 2, while FOX, FS1, FS2, NBC, NBCSN, and NFL Network live on the Blue package. NFL Redzone is available on Sports Extra Pack Blue, which costs $5. CBS games are not available.

To see what channels are available on which of Sling TV's many packages use Sling TV's Explore Channel page.

Sling TV also boasts a unique feature: GameFinder. This allows you to search for broadcasts featuring specific teams, locations, and games near your home. If you can't see the game on their services, they'll tell you that, too.

Sling TV supports more devices than any of the other thin-TV streaming networks. These include Amazon Fire, Apple TV, Android TV, ChromeCast, Roku, Xbox One, and its own Android TV-based AirTV player.

The AirTV also supports OTA TV. It also enables you to broadcast local channels from one antenna to all your Wi-Fi equipped devices. The second-generation AirTV costs $119 and comes with a $25 Sling TV credit.

You can watch games on any computer; Google naturally recommends the Chrome web browser. You can also watch it with Android and Apple devices. If you want to watch it on a television, you must use either an Apple TV, a Chromecast, or any Apple AirPlay or Google Cast compatible device.

CBS has the game of games this year. CBS Sports will stream Super Bowl LIII for free CBSSports.com and on the CBS Sports app for connected TV devices, tablets, and mobile devices. The Super Bowl will also be available on the CBS All Access subscription service.

It's still not as easy to watch the NFL over the internet as it is with a top cable or satellite package, but it's getting closer. Still, cord-cutting is cheaper than its competition.

That said, the services prices have been going up. In the last year, most services now cost $5 more a month. That said, I'll be rooting my Steelers on to victory over Sling TV and YouTube TV this fall.