HP's FitStation is a dual hardware and software platform that captures 3D scans of the foot, foot pressure measurements, and gait analysis.
Written by Natalie Gagliordi, Senior Writer on Jan. 29, 2018 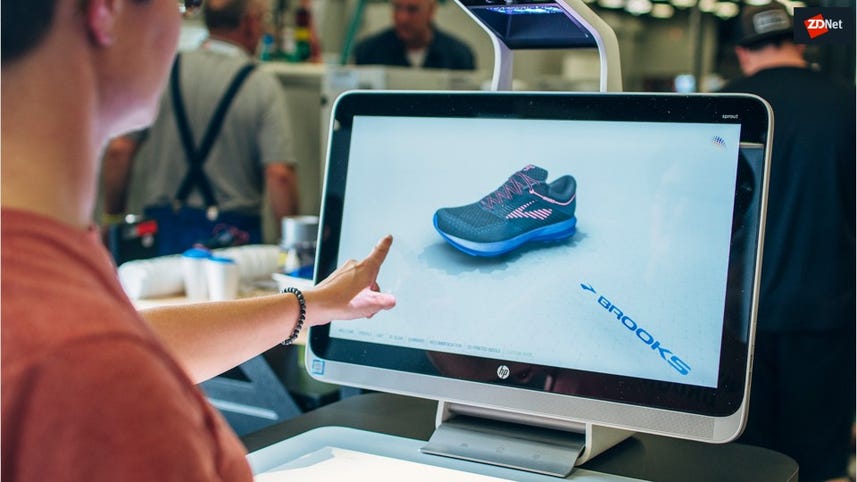 NFL players will don customized cleats courtesy of HP's 3D scanning technology when the 2018 season picks back up in September.

HP touted the new NFL partnership on Monday, noting that all 32 NFL teams have adopted HP's FitStation platform and plan to have it up in running in every team equipment room by the start of next season.

Released in September, FitStation is a dual hardware and software platform that captures 3D scans of the foot, foot pressure measurements, and gait analysis to build a user profile. Data from the digital profile is put through an algorithm that matches each player with previously scanned images of Nike, Adidas, and Under Armour football cleats.

"FitStation is a truly disruptive platform that supports the high safety standards of the NFL and can help personalize players' cleats," said Louis Kim, HP's global head of Immersive Computing and Personal Systems.

"We see tremendous opportunities for FitStation to help athletes in the NFL and other sports perform at their best. It's the latest example of how HP technology is fueling the future of computing."

The partnership underscores a broad push in the health-tech space to merge data with clothing, wearables, and increasingly, footwear. Take Under Armour, for example, which has homed in on smart shoes as a way to grow its footwear business, and it partnered with IBM and the Watson analytics platform for data-backed health insights on running apps.

The evidence of traumatic brain injury is overwhelming. The league is hoping technology can help.