Loon engineers share the lessons its AI has learned from one million hours in the skies.
Written by Liam Tung, Contributing Writer on July 24, 2019 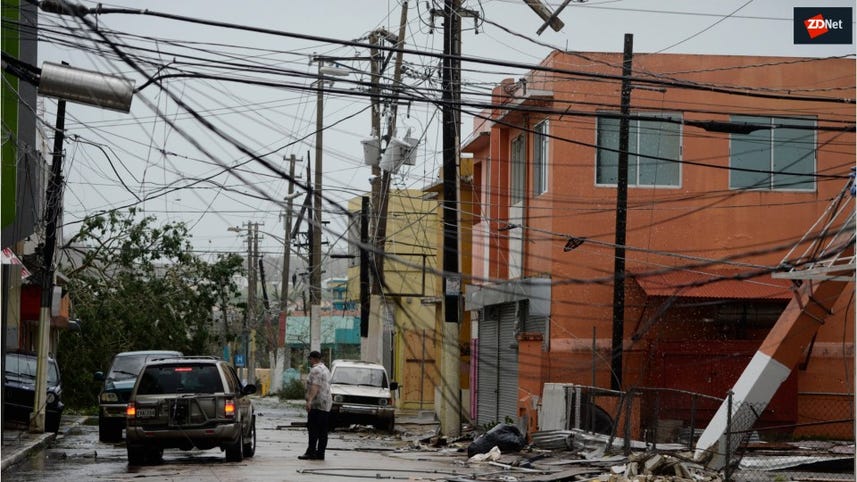 Internet-beaming air balloons, developed by Google's sister company Alphabet under the name Project Loon, have racked up over one million hours in the sky -- while the network's AI has learned some nifty and unpredicted navigational tricks along the way.

It's been six years since Google set adrift its first set of balloons in New Zealand. Since then, the balloons -- Google's answer to filling in internet black-spots -- have travelled around 40 million kilometers and racked up one million hours of air-time at an altitude of about 20,000 meters.

The balloons were deployed in Puerto Rico in the wake of Hurricane Maria in 2017 to patch up the country's broken mobile networks and, since at least 2016, they have used AI to determine the optimal path to take.

The balloons' purpose is to use their overhead position to deliver 4G connectivity to a broad area, but that goal is constrained by changing wind conditions, which they exploit by rising or descending using a solar-powered pump, which is instructed by algorithms to pick the best current to reach a target in the fastest time.

Announcing the million-kilometer milestone, Loon's head of engineering Salvatore Candido compares Loon balloons to a "stratospheric submarine" backed by "the equivalent of an atmospheric Rosetta Stone", which uses global wind forecasts and real-time measurements from each balloon to pick the optimal path.

"Automation then provides the minute-by-minute attention needed to process every observation from every balloon so we can constantly make the best guess at how to follow the map," said Candido.

A logical yet surprising -- to Loon engineers -- observation is that the auto-piloted balloons often tack through the skies in a similar way that sailors do at sea, in order to take advantage of headwinds when aiming for a destination.

However, humans using maps when steering Loon balloons typically chose the shortest distance -- a straight line -- to reach a particular location. Loon's algorithms also factored in the four dimensional wind vector field, allowing them to pick a different and better path than human operators did.

"As a result we notice the balloons sometimes fly a zig-zag pattern in which they stray from their course, in some cases almost reversing themselves, before resuming in the desired direction," explained Candido.

"By changing the orientation of a vessel in relation to the wind, a sailor can make progress despite unfavorable conditions using this technique.

"Given that balloons and sail boats are both wind-driven vehicles and that tacking has been employed by sailors for thousands of years, it shouldn't be surprising that this could be a useful technique. But it was surprising to us the first time we saw the system begin to execute this maneuver -- so surprising, in fact, that we manually over-rode the system."

And when the goal is to keep the balloons above a specific area, Loon algorithms have settled on a figure 8 pattern and back-and-forth patterns rather than a circular path expected by engineers.

Candido also offers his thoughts on the definition of AI, which was long ago hijacked by marketers and is still debated by computer scientists.

"Many people characterize AI by the type of technology (deep neural network!) or some arbitrary ability (the AI can convince a human it is a person). Others simply say they know it when they see it. My non-definitive criteria is simpler: I think AI is when a system uses behaviors to solve a problem in a way you didn't originally envision."