Microsoft's latest challenge? To connect 40 million people to the internet in the next three years

The tech giant has launched the Airband International initiative to bring broadband connectivity to disadvantaged communities across the world.
Written by Daphne Leprince-Ringuet, Contributor on Oct. 8, 2019 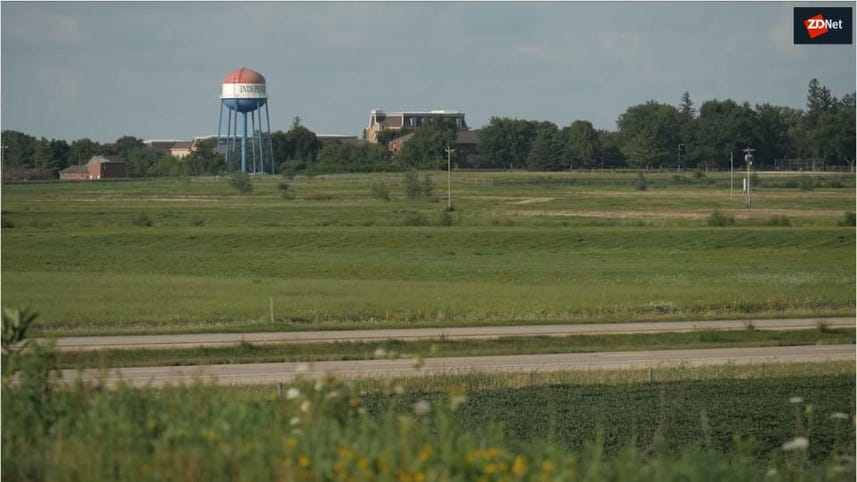 Just under half of the world's population still lacks broadband internet access, and to start tackling the global digital divide, Microsoft has announced an ambitious new objective: to expand internet connectivity to 40 million people in disadvantaged areas in the next three years.

Focusing at first on remote communities in Latin America and Sub-Saharan Africa, the initiative greatly broadens the scope of the Rural Airband Initiative, which the company launched in 2017 to improve internet access in the US.

Back then, armed with a $10 billion budget, Microsoft had set out to connect two million Americans in rural areas by the same deadline of 2022 – with a focus on Iowa, Illinois, Kansas, Nebraska, Oklahoma and Texas.

Last year, the company had effectively established partnerships in 16 states and connected over one million users to the internet.

This was achieved primarily through the repurposing of TV White Spaces (TVWS) spectrums. These are unused TV channels within the 600 MHz frequency range, which are able to carry wireless signals and therefore can provide broadband internet access.

Airband International will rely on the same technology to expand broadband networks in rural areas. In the US, this process was relatively smooth because the Federal Communications Commission (FCC) has allowed the re-use of TWSS since 2010 – but Microsoft might face regulatory obstacles in other parts of the world.

"We know that new technologies like TVWS can be incredibly useful in meeting rural connectivity needs at an affordable price," said Shelley McKinley, head of technology at Microsoft. "However, many regulatory frameworks in many parts of the world have not kept pace with innovation."

This means that some governments might be less supportive of TVWS as a networking technology. The GSMA, for one, is sceptical: it suggests that the use of white spaces could create an unfair advantage for new competitors, as it removes the cost of acquiring a spectrum license.

In its first attempts to provide international populations with internet access, however, Microsoft has so far successfully worked with governments to overcome tricky regulations.

In Ghana, for example, the government now allows access to TVWS – and the company is working with a local connectivity service provider called Bluetown to to bring broadband access to 800,000 people.

In other words, a one-size-fits-all approach won't work when it comes to connecting communities in continents that are as different as North America, Latin America or Sub-Saharan Africa.

This is why Airband International, according to Microsoft, will also rely on what it calls "innovative technologies, regulatory approaches and business models". Part of this involves developing local partnerships with internet service providers, in order to create an ecosystem of support in targeted communities.

And Airband International will also focus on encouraging a sustainable digital transformation in rural areas, especially in agriculture, education, entrepreneurship and telemedicine. Something that, if carried out successfully, could go a long way in fighting the increasing inequalities caused by the digital divide.