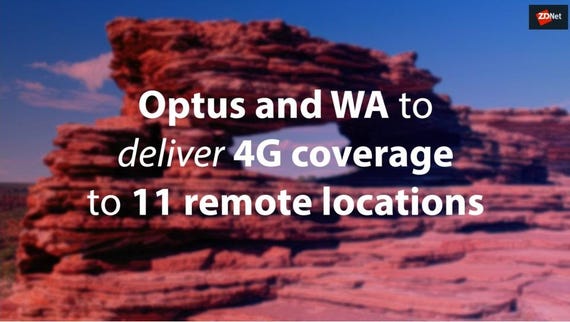 Optus and the government of Western Australia will extend 4G mobile and data coverage to 11 remote locations throughout the state in an effort to boost regional businesses and communities.

"This unique arrangement and McGowan government investment will deliver premium grade mobile and data coverage to several remote locations throughout the state, many of which attract a high number of visitors," WA Regional Development Minister Alannah MacTiernan said.

"Several Aboriginal communities will benefit from new or improved connectivity, supporting their participation in the modern digital economy."

The 11 locations comprise of Aboriginal communities and tourist destinations.

Optus will install the 4G satellite small cell services in the coming months, with the coverage expected to triple the current coverage footprint to a six kilometre radius for these locations.

These locations were previously prioritised for the government's mobile blackspots program but did not receive funding. According to MacTiernan, Western Australia's partnership with Optus is "a solution to bring coverage to these locations".

Earlier this month, Western Australia said it would contribute AU$20.6 million in the fifth round of the Commonwealth government's mobile blackspots program.

Western Australia also contributed AU$14.6 million in the fourth round, from which it gained 26 new mobile towers.

In the fourth round of funding, 180 base stations are slated to be built by Optus and Telstra, with the former being responsible for building 49 base stations while the latter will build 131.

On the same day, Optus confirmed reports that as part of its business transformation strategy, 200 staff would be made redundant.

"As Optus continues to evolve the way we work, do business and fund future investments, we are making additional organisational changes that further remove duplication, deliver operating efficiencies and embrace next-generation technologies, digitisation and automation."

A funding increase compared to the AU$14.6 million kicked in last time.

Telstra will deploy 131 base stations and Optus 49 under round four of the Australian government's mobile blackspot program.

The department has signed with Atos to move its IT infrastructure to a hybrid cloud.

Join Discussion for: Optus and WA to deliver 4G coverage to 11...