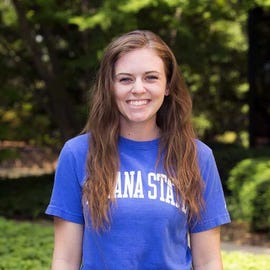 Elizabeth (Beth) Mauder is an associate video producer at Red Ventures. She graduated from Indiana State University with a Bachelor of Science Degree in Communication with focuses in Mass Media and Journalism, and a Nonprofit Leadership min…or. At Indiana State, Beth served as on-air talent and intern for ESPN3 and spent a semester interning with the Wabash Valley Community Foundation.

Elizabeth Mauder has nothing to disclose.

Dreamebot D10 Plus robot vacuum review: A steal for $500

If you're looking for a self-emptying robot vacuum with powerful suction and a fantastic battery, look no further than the Dreamebot D10 Plus.

iPhone 14, Apple Watch Ultra, and more: Everything announced at Apple's Far Out event

September 13, 2022 by Elizabeth Mauder in iPhone

Samsung's latest event brought a ton of improved hardware and new products, from foldable phones to the new Galaxy Buds 2 Pro. ZDNet breaks down everything you need to know from Samsung's Unpacked event.

Digital transformation projects are about driving fundamental change across customer experience, tech and business culture. This ZDNet special report brings you the latest trends and insights you need to succeed.

If you're on the hunt for a robot mop, look no further than the Braava Jet m6. The iRobot family integration, vSlam navigation, and precision jet spray make this a must-have device.

The Braava Jet m6 will not only free up your time, but it works wonders on your floor as well. Sign me up.

Tech security: The next challenges

Security threats like malware, ransomware and hacking gangs are always evolving. This special report explains what you need to focus on next.

July 5, 2022 by Elizabeth Mauder in Security

If you're in the market for a robot vacuum, look no further than the Roomba j7+. With an easy-to-use app, powerful suction, and a clean base that automatically empties dirt and debris, this device is worth every penny.

The Roomba j7+ may be pricey, but you can't put a price on freeing up my time while cleaning my floors. The suction power, mobility, object detection, and easy-to-navigate app make this an excellent robot vacuum.

Apple's latest keynote showed us a new MacBook Air, a M2 chip, software updates that are coming this fall, and so much more. We've gathered the most important announcements all in one place.